A power outage at an amusement park in Ohio left dozens of riders stranded on a roller coaster and other rides for about two hours.

A spokesman for Cedar Point in Sandusky says the park lost power Monday afternoon when a car hit a utility pole.

Photos and video shared on social media by people at the park along Lake Erie show riders stuck on a train going up the 300-foot-tall Millennium Force roller coaster. 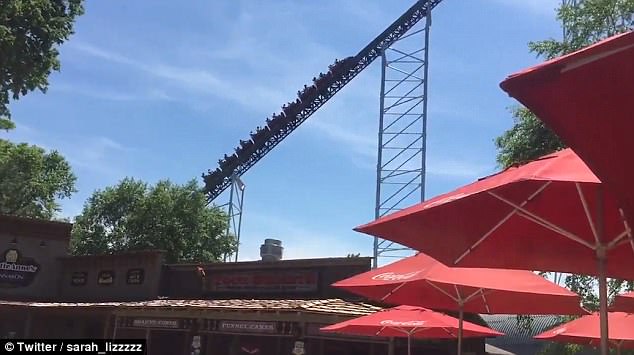 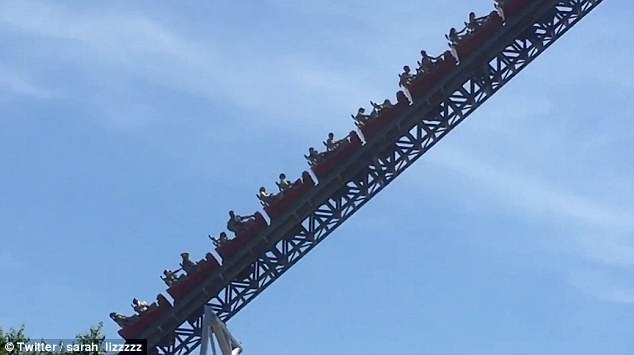 Dozens of riders were stuck in the 80F heat for around two hours until crews restored power to part of the park, allowing them to be rescued

Crews worked to restore power to a portion of the park to get riders back down to safety.

Cedar Point spokesman Tony Clark told the Toledo Blade that a section of the park lost power at roughly 1:45 pm, affecting roughly one-third of the park’s rides, and was restored at 3.50pm.

‘The outage was caused by a vehicle accident in which a car struck a power pole,’ he said.

He explained that all of the rides that were affected safely came to a stop and all guests were escorted off.