‘I WON’T go soft on migration’: Theresa May pledges to keep up the fight against illegal immigration but Javid distances himself from ‘hostile’ policy

Theresa May came out fighting over immigration yesterday following the resignation of Amber Rudd.

The Prime Minister pledged to keep up the fight against illegal immigration, despite Labour claims that the approach contributed to the Windrush scandal.

But, in a sign of the turmoil the issue has caused in Tory ranks, new Home Secretary Sajid Javid distanced himself from the idea of making the UK a ‘hostile environment’ for illegal migrants.

Labour leader Jeremy Corbyn accused Mrs May of using Miss Rudd as a ‘human shield’ on the issue and said she ‘now has questions to answer’ about her record as home secretary. 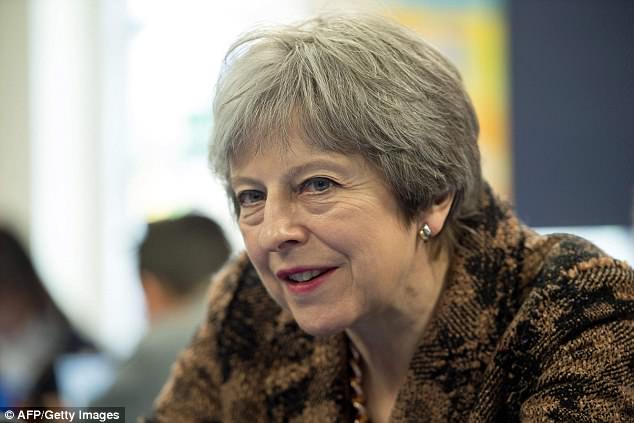 The Prime Minister pledged to keep up the fight against illegal immigration, despite Labour claims that the approach contributed to the Windrush scandal

But Labour’s own chaotic stance on immigration also faced fresh scrutiny after Shadow Home Secretary Diane Abbott refused nine times to set out what Labour would do with illegal immigrants.

Mrs May defended the Government’s target-driven approach to illegal immigration, saying it was ‘important’ that officials focused on the need to remove those who have no right to be in this country.

‘If you talk to members of the public they want to ensure that we are dealing with people who are here illegally,’ she said.

‘It is only fair on hardworking taxpayers and on people who have come here legally and are contributing to our society that those here illegally are not able to carry on being here.’

Mr Javid, who was promoted following Miss Rudd’s resignation on Sunday night, also pledged to ‘clamp down decisively on illegal immigration’. But he also told MPs he would be ‘putting my own stamp’ on the Home Office – a department whose direction has remained unchanged since Mrs May left in 2016.

He vowed to ‘do right by the Windrush generation’. And, in a significant change of tone, he described the ‘hostile environment’ phrase as ‘unhelpful’ and said he would not use it.

Mr Javid, the first ethnic minority MP to rise to the rank of Home Secretary, told MPs: ‘I don’t like the phrase “hostile” so I think the terminology is incorrect.

‘I think it is a phrase that is unhelpful, and it does not represent our values as a country. So it’s about a compliant environment.’ Mr Javid said he was ‘angry’ about the Windrush scandal, which precipitated Miss Rudd’s downfall, saying it could have affected his own family who settled in Britain in the 1960s.

‘When I heard that people who were long-standing pillars of their community were being impacted for simply not having the right documents to prove their legal status in the UK, I thought that it could be my mum, my brother, my uncle or even me,’ he said.

Mr Javid rounded on Labour attempts to exploit the scandal for a wider attack on the immigration system, telling Miss Abbott she did not ‘have a monopoly’ on anger about the issue. 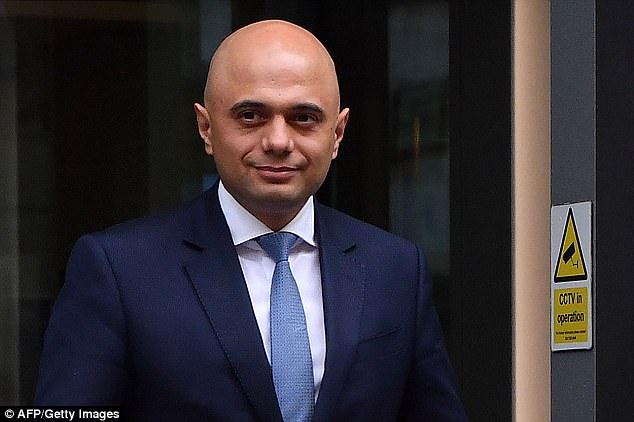 In a sign of the turmoil the issue has caused in Tory ranks, new Home Secretary Sajid Javid distanced himself from the idea of making the UK a ‘hostile environment’ for illegal migrants

Miss Rudd resigned on Sunday night after accepting she had inadvertently misled parliament over the existence of internal targets for the removal of illegal immigrants. Mr Javid said he wanted to examine the removal targets in detail before deciding on their future. Some Tory MPs urged him not to allow the Government’s guard to drop on the issue.

Philip Davies backed Mr Javid in ‘righting the wrong’ against the Windrush generation, but warned him not to ‘use this issue as a Trojan horse like the Labour Party to go soft on illegal immigration’.

Mr Davies said the public backed the removal of those who had no right to be in this country.

Ex-work and pensions secretary Iain Duncan Smith said the Government was ‘right to pursue those who are here illegally’.

In an indication he would not shy away from tackling illegal immigration, Mr Javid said that ‘everyone in the country expects us to deal with that’.

Senior Tories yesterday paid tribute to Miss Rudd, with Health Secretary Jeremy Hunt describing her departure as ‘devastating’. In a gracious message, Miss Rudd congratulated her successor on an ‘outstanding debut’ in his new job.

But her departure also sparked some calls for a change of tack on immigration, with former ministers Nick Boles and Anna Soubry both urging Mr Javid to rethink the Government’s approach.

The views of Mr Javid, the son of an immigrant bus driver, on migration are notably more liberal than those of Mrs May. Yesterday he ducked opportunities to publicly endorse her target to slash the net figure to below 100,000 a year.