This is the hilarious moment a cheeky seagull made off with a father’s camera as he tried getting close-up shots of the thieving animal.

David Freiheit, of Montreal, Canada, was enjoying a day out at the park with his two young children when he noticed the particularly ‘aggressive’ seagull.

In a bid to a close-up shot of the bird, Mr Freiheit placed granola on his GoPro camera.

But his nature documenting plans begin to go awry when the seagull picks up the camera and makes off. 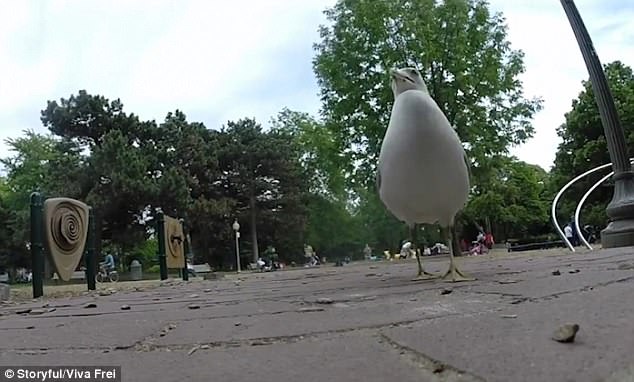 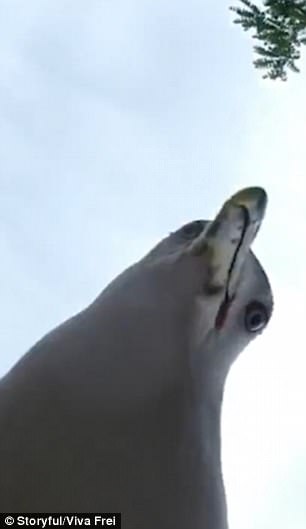 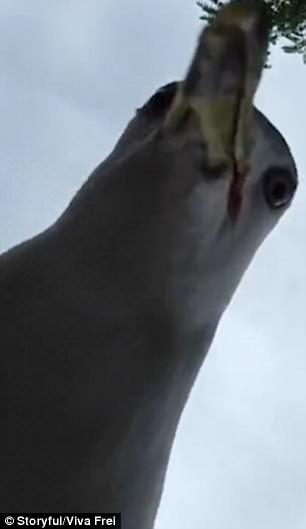 Mine! The seagull is clearly interested in Mr Freiheit’s device, who was trying to get a close-up shot of the thieving animal Hilariously, Mr Freiheit can be seen bolting through a children’s park — chasing the seagull to get his camera back. Luckily, he manages to recover the camera — and the footage

Hilariously, Mr Freiheit can be seen bolting through a children’s park — chasing the seagull to get his camera back.

Luckily the athletic father is able to catch up with the avian thief and reclaims his camera.

He exclaims ‘I got it!’ as he returns to his bemused children.