So much for ‘safe and secure’! Holidaymakers will return to Manchester Airport’s multi-storey car park to find thieves have smashed their way into luxury motors worth total of £235,000

Thieves smashed their way into luxury cars worth £235,000 at a ‘safe and secure’ Manchester Airport car park.

Six vehicles including a Range Rover Sport, a Mercedes Benz C-class and a £61,000 BMW were targeted in the raid at the terminal 1 long-stay car park on Sunday night.

It is believed thieves smashed the passenger windows and rifled through glove compartments in search of cash and valuables left by holidaymakers.

Greater Manchester Police is investigating the incident and Manchester Airport officials are contacting the vehicles’ owners. 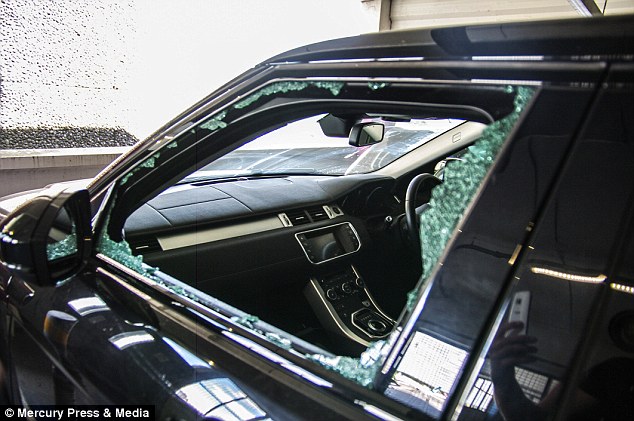 Six vehicles including a Range Rover Sport, pictured, worth £55,000 was targeted in the raid 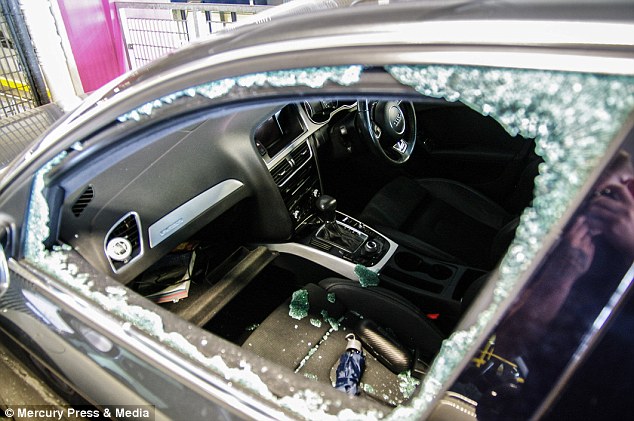 An Audi A4 worth £35,000 was among the vehicles that had their windows smashed 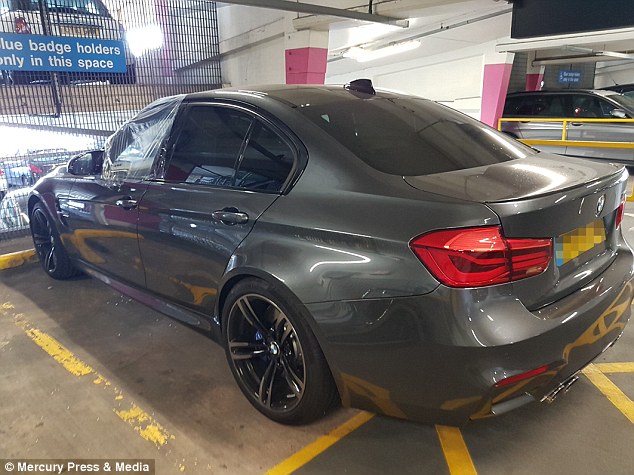 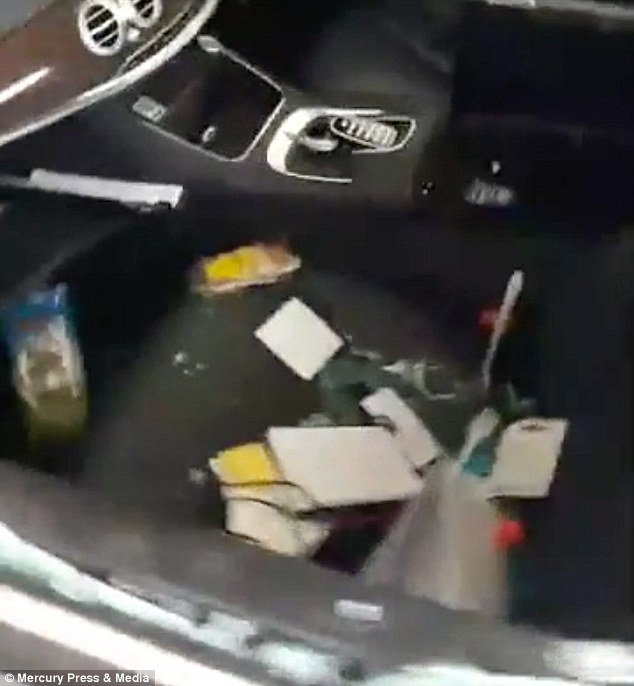 Passer-by Mark Andrews, 24, from Manchester, discovered the damaged cars at around 11.45pm on Sunday after hearing security alarms.

Footage of the scene shows cars with their windows smashed and documents and broken glass strewn across the car park floor.

Mr Andrews said: ‘There were around six or seven cars that were damaged in total. You can see where they have had their windows smashed as there is glass all on the floor. 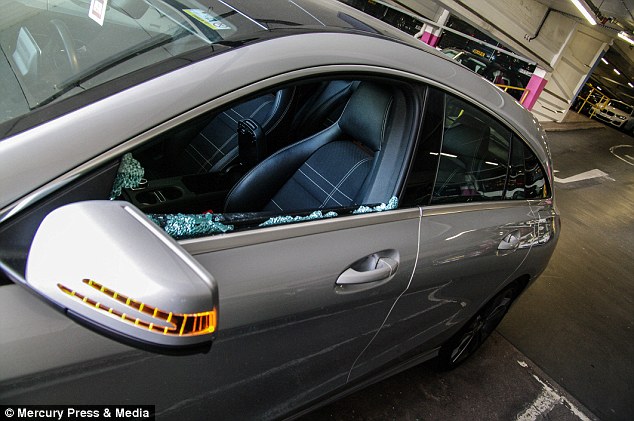 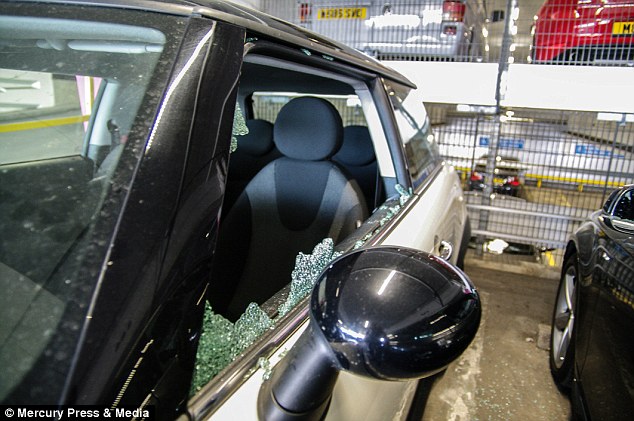 An £18,000 Mini Cooper was left damaged by the thieves during the Sunday night raid 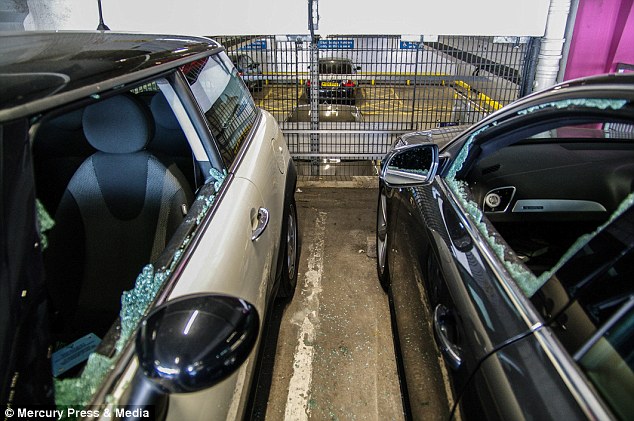 A Mini Cooper, left, and an Audi A4, right, parked in the long-stay Manchester Airport car park

‘There was a Range Rover, Mercedes, a Mini Cooper and a couple of other cars. They were high end and expensive so repairs will be pricey.

‘I don’t know how long they had been there for, it’s hard to tell but I’m not sure that it had only just happened.

‘A couple of the cars looked as if they had been rifled through as some the drivers’ documents were scattered everywhere as well as items that had been kept in the glove box that weren’t of value.

‘It’s shocking that this has happened on the airport’s grounds where you would think your car would be safe.

‘I presume they would have smashed them with one of the small glass hammers so that it would make as little noise as possible and it would be a bit more discreet.

‘It’s the last thing you want to be confronted with when you get back from holiday. 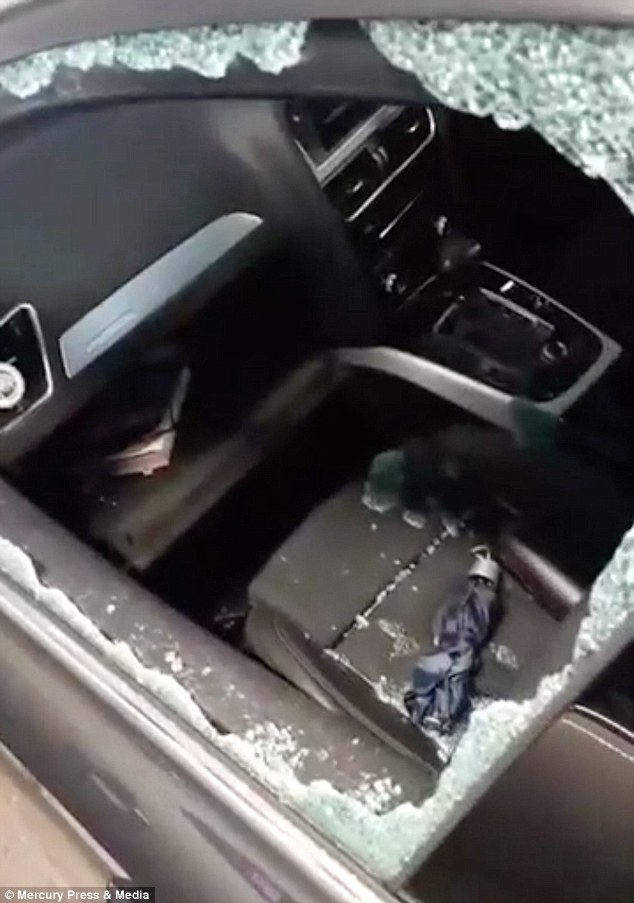 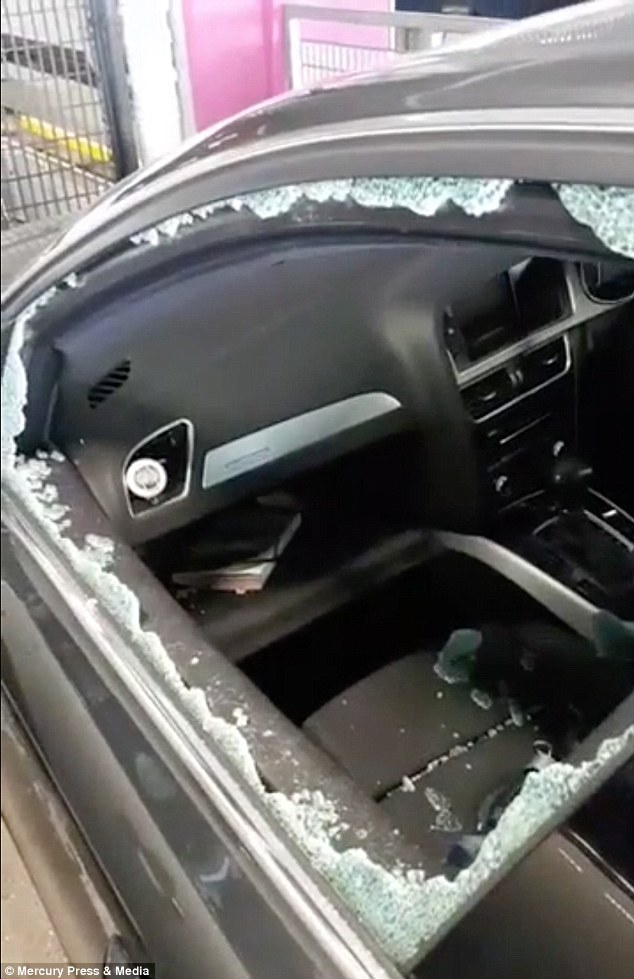 Manchester Airport is contacting the owners of the vehicles, including this luxury car

‘These people won’t be able to get home and will also have to pay for repairs which is just any car owner’s worst nightmare, especially after a nice holiday.’

The car park is located just a few minutes’ walk from the airport check-in desks and is said to offer owners a ‘safe and secure’ option and can ‘rest assured’  their cars are in ‘safe hands’.

A spokesperson for Manchester Airport said: ‘We are aware of a number of incidents involving vehicles being damaged over the weekend. Our car park teams are supporting GMP with their investigation.’

A spokesperson for Greater Manchester Police said: ‘On Sunday 8 July 2018 police received a number of reports that cars had been damaged at Manchester Airport.

‘The cars had been parked in a Terminal 1 car park. Several cars had their windscreens smashed, and items were stolen including money and a mobile phone.