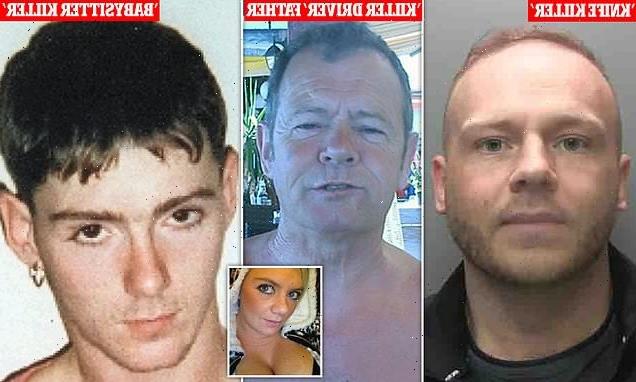 THIRD convicted killer from same family: ‘Remorseless assassin’ jailed for life for murdering rival is son of £1.2m benefits claimant who fathered 22 children by 11 women and brother of thug who killed his babysitter

A murderer described by a judge as a ‘remorseless assassin’ has become the third convicted killer from the same feckless family – described as one of Britain’s worst.

Kane Hull, 29, smirked as he was jailed for a life today with a minimum term of 28 years for the masked attack in which victim Ryan Kirkpatrick, 25, was fatally stabbed at least six times.

Hull’s father Raymond Hull, from Carlisle, Cumbria, is a killer driver, career criminal and father of 22 children by 11 different women, who is believed to have claimed at least £1.2m in benefits.

The 67-year-old received a suspended sentence two years ago for causing the death of 90-year-old Leslie Todd by careless driving and has more than 30 previous convictions.

Another of his sons was convicted of murdering his babysitter in the late 1990s.

Carlisle Crown Court heard Kane Hull, who has 35 previous offences including three attacks with weapons, set upon Mr Kirkpatrick with accomplice Liam Porter, 33, who was given a life sentence with a minimum of 26 years. 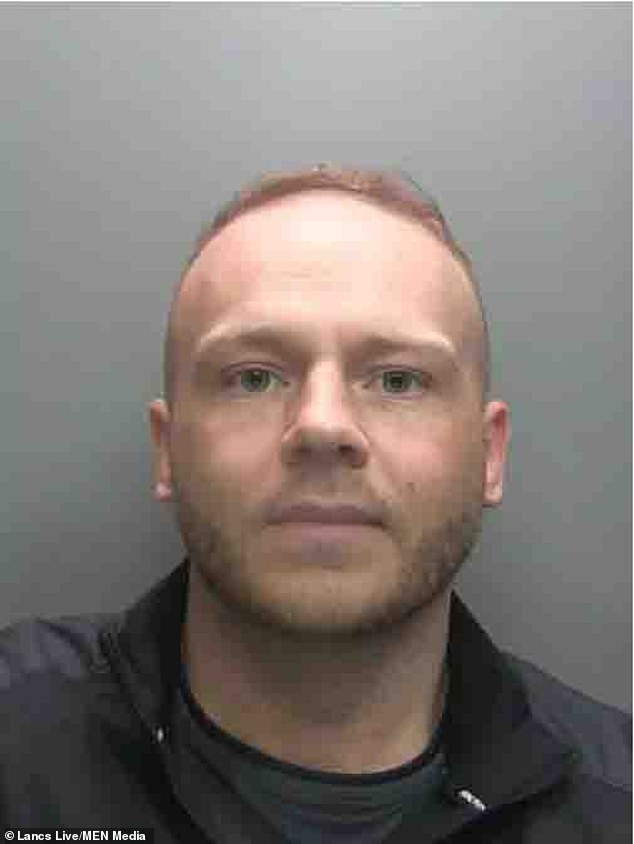 Kane Hull, 29, of no fixed address, smirked as he was jailed for a life today with a minimum term of 28 years for the masked attack in which victim Craig Fitzpatrick was knifed at least six times 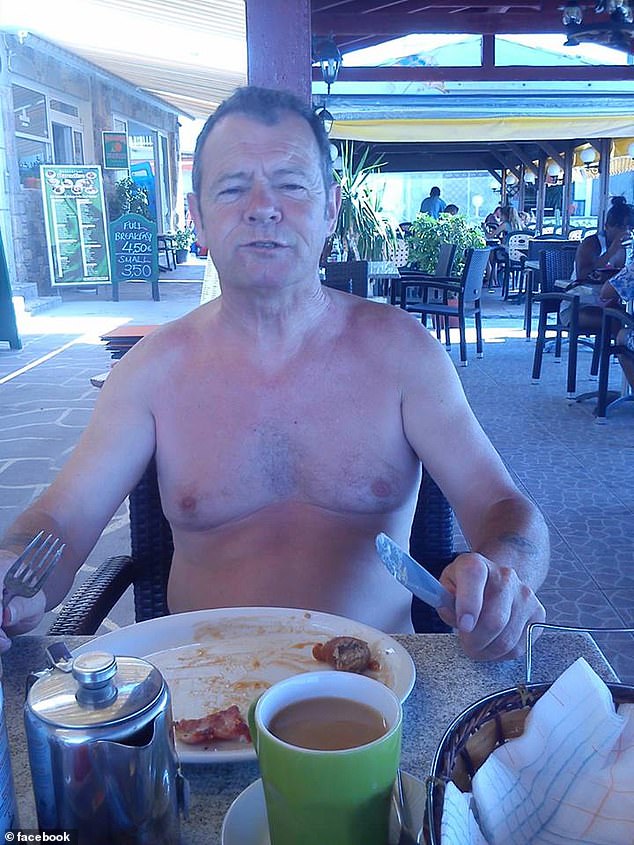 Father: Raymond Hull, 67, from Carlisle, Cumbria, who has 22 children by 11 different women, received a suspended sentence two years ago for causing the death of 90-year-old Leslie Todd by careless driving

Both men grinned to friends as they entered the dock for sentencing today TUES and smirked as they left, infuriating family and friends of their 24-year-old victim, who shouted ‘cowards’ as they were led away.

The court heard how Hull and Porter first attacked Mr Kirkpatrick, with whom they had a long-running feud, using a glass but he escaped.

The pair went home and changed into a disguise including masks before returning minutes later. Hull approached his victim with a six-inch knife, piercing Mr Kirkpatrick’s lung and liver and cutting the main pulmonary artery.

In the middle of the attack, in Carlisle city centre on September 18 last year, he lowered his mask so Mr Kirkpatrick would know his identity.

Sentencing, Mr Justice Linden told Hull: ‘Ryan Kirkpatrick was two days away from his 25th birthday when he was killed by you. He had done nothing to deserve this.

‘You were an assassin and this incident which last up to 30 seconds and amounted to an execution.

‘The words ‘vicious’, ‘callous’ and ‘cowardly’ were words used by leading counsel to describe what you did but I don’t think that goes far enough.

‘The word futile should be added to reflect the pointlessness of what you did, achieving nothing other than to cause misery to the Kirkpatrick family and ruin your own lives.’ 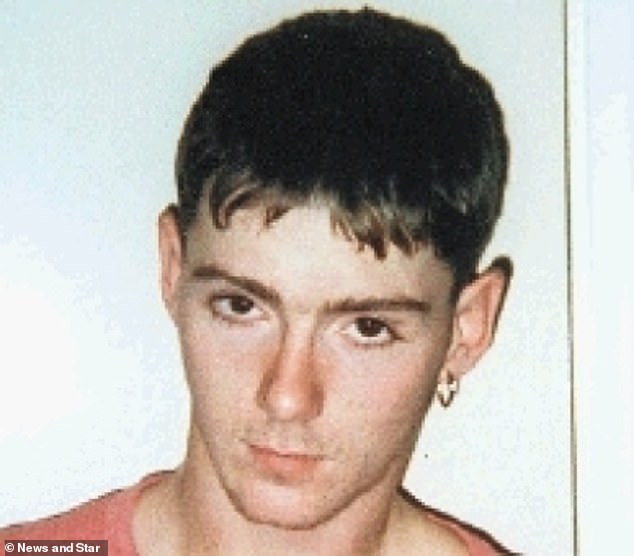 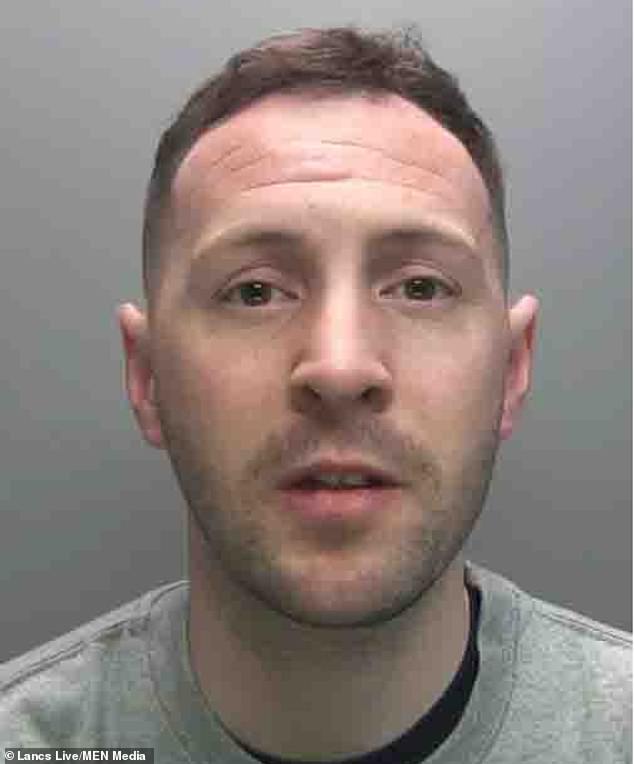 Accomplice Liam Porter, 33, was given a life sentence with a minimum of 26 years

The judge said Porter knew Hull was carrying a knife and that he was a violent man but did nothing to stop the attack, instead ‘discouraging others from intervening.’ Ryan’s mother Andrea Johnson, in a statement read to the court, revealed her son was on his first night out for a while because of Hull’s threats.

Hull had previously been jailed for 21 months for affray and possessing a weapon after attacking Mr Kirkpatrick in a betting shop in 2017.

As a 15-year-old, Hull was previously locked up for stabbing a man seven times in an alleyway, slicing open his stomach and cutting his liver.

Miss Johnson recalled the agony of not being by her son’s side as he lay dying – with police preventing her from coming close as emergency services fought to save his life.

The mother of three said she felt ‘useless’ at not being allowed through the cordon, adding: ‘I pleaded to be by Ryan’s side as he needed me more than any other time in his life.’ The court heard how Hull and Porter, both from Carlisle, fled the scene, burned the Volvo S40 car they had been using within an hour, using another vehicle to drive to Scotland before crossing the Irish Sea. They were apprehended 10 days later at a house in County Mayo, where Hull was hiding in the loft.

Both fought extradition and it took the work of police forces in all four countries to bring them to justice. 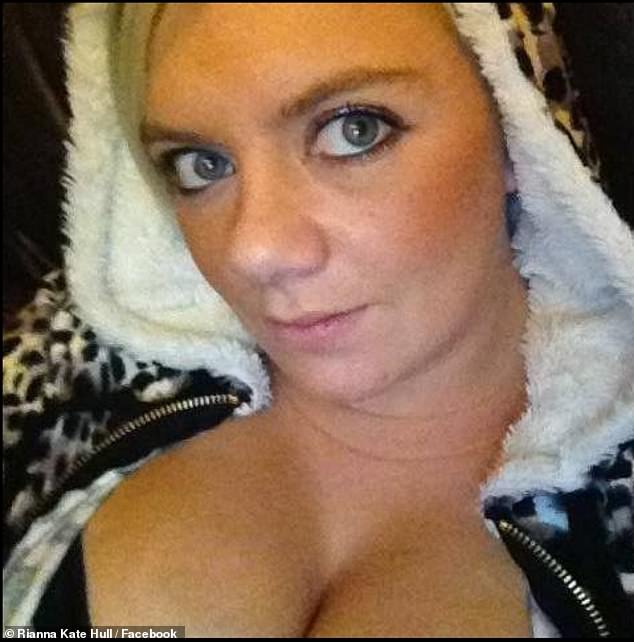 Rianna Hull, 31, another of Raymond Hull’s children, was 18 when she pleaded guilty to being drunk and disorderly at the Aspatria Carnival in 2010 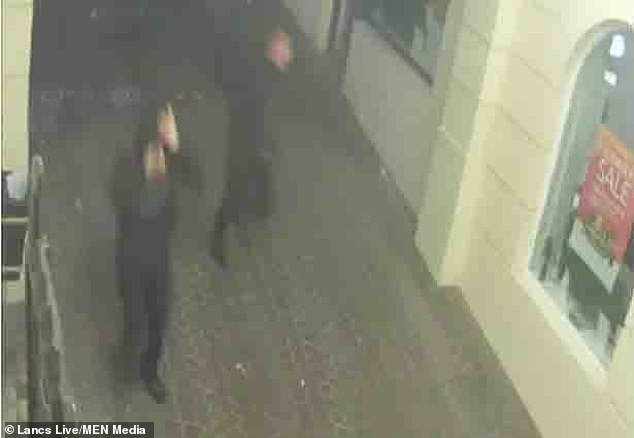 Det Chief Supt Mick Bird, of Cumbria Police, said 60 detectives had been assigned to the case. He added: ‘The streets of Carlisle are a lot safer without people like Kane Hull on its streets.’ Of patriarch Raymond Hull’s other sons, Adrian, now 42, spent 17 years behind bars after being found guilty of murdering his former babysitter in a ‘merciless and prolonged’ attack. He was released in 2014.

As a 18-year-old, Adrian Hull kicked Nicky Morrison, 29, at least 14 times in the head, striking him so hard his skull bounced off a concrete path, before throwing his body over a bridge.

And sadistic Leon Hull, 32, another sibling, is soon to be freed from prison after being jailed for four years and eight months in March 2020 over a horrific assault.

The victim was beaten and set on fire by Leon, another man and a 17-year-old boy, an incident which the attackers ‘took pleasure’ filming with their mobile phones.

Leon Hull previously received for four and a half years for armed robbery in 2009 when he was 18.

He was jailed in 2020 for committing GBH with intent.

As well as escaping a prison for causing death by careless driving, Raymond Hull, of Aspatria, Cumbria, was also spared jail over a drug dealing offence in 2014, receiving an 18-month suspended term after claiming he needed to look after his youngest sons.