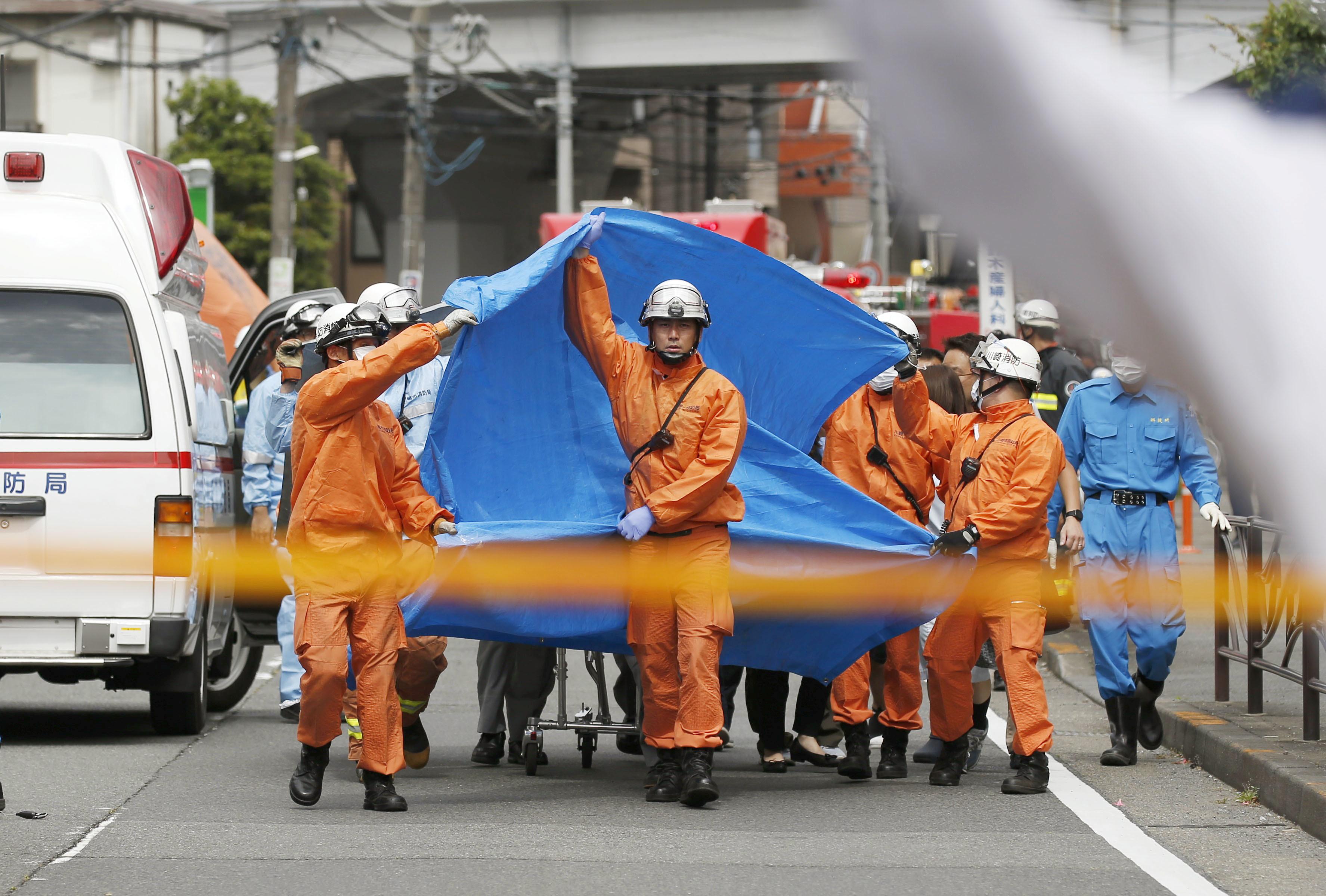 TOKYO (Reuters) – Thirteen schoolgirls and three adults were injured in a suspected stabbing by a man just outside the Japanese capital of Tokyo on Tuesday, Kyodo news agency said.

One child and an adult showed no vital signs after the incident in Kawasaki city, south of Tokyo, a local official told Reuters.

Two girls suffered slight injuries, while the condition of the rest was unknown, the official said. The girls, aged around 6 to 7, were students at a private Catholic school waiting for a school bus, Kyodo added.

The suspect was detained on the spot and was badly hurt after stabbing himself in the neck, national broadcaster NHK said.

It added that the man, probably in his 40s to 50s, was said to have begun slashing at people waiting at a bus stop. Two knives, along with some victims, were found in a nearby park, it said.

Violent crime is rare in Japan but occasional high-profile incidents have shocked the nation.

In 2010, more than a dozen people were injured in a stabbing spree on a school bus and a commuter bus in a Tokyo suburb.

Ewan McGregor Addresses Obi-Wan Kenobi Script Problems: ‘It’s Not As Dramatic As It Might Seem’

‘Approach the things you fear’: A supernatural take on cancer
Celebrities News