The dated pad is on a stretch of exclusive coastline on Canford Cliffs, near Sandbanks in Dorset, where homes on a nearby street sell for more than £2 million. 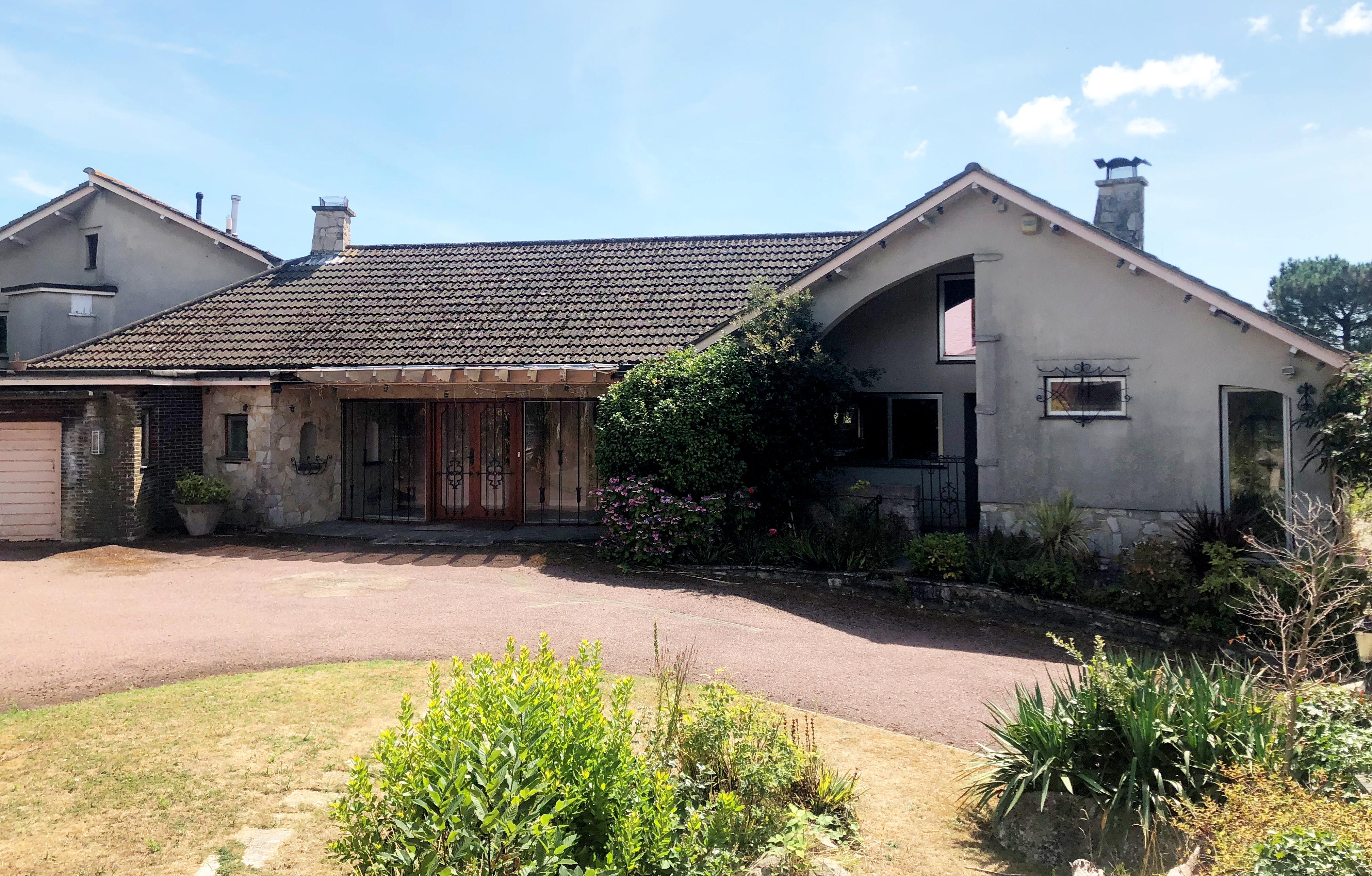 The single story home boasts a 1.5acre plot with incredible unspoilt views out to Old Harry Rocks and the Isle of Wight.

Accessed via a private road, the four-bed property comes with a swimming pool complex and a dental studio complete with a waiting room.

The 1960s home is "presented in dated decorative order" according to Savills Auctions and is has an entrance hall, sitting room, dining room, study, kitchen, two toilets plus the dental studio.

The once luxurious home was built on the ruins of the Canford Cliffs Hotel, which was destroyed during a bombing raid in 1941. 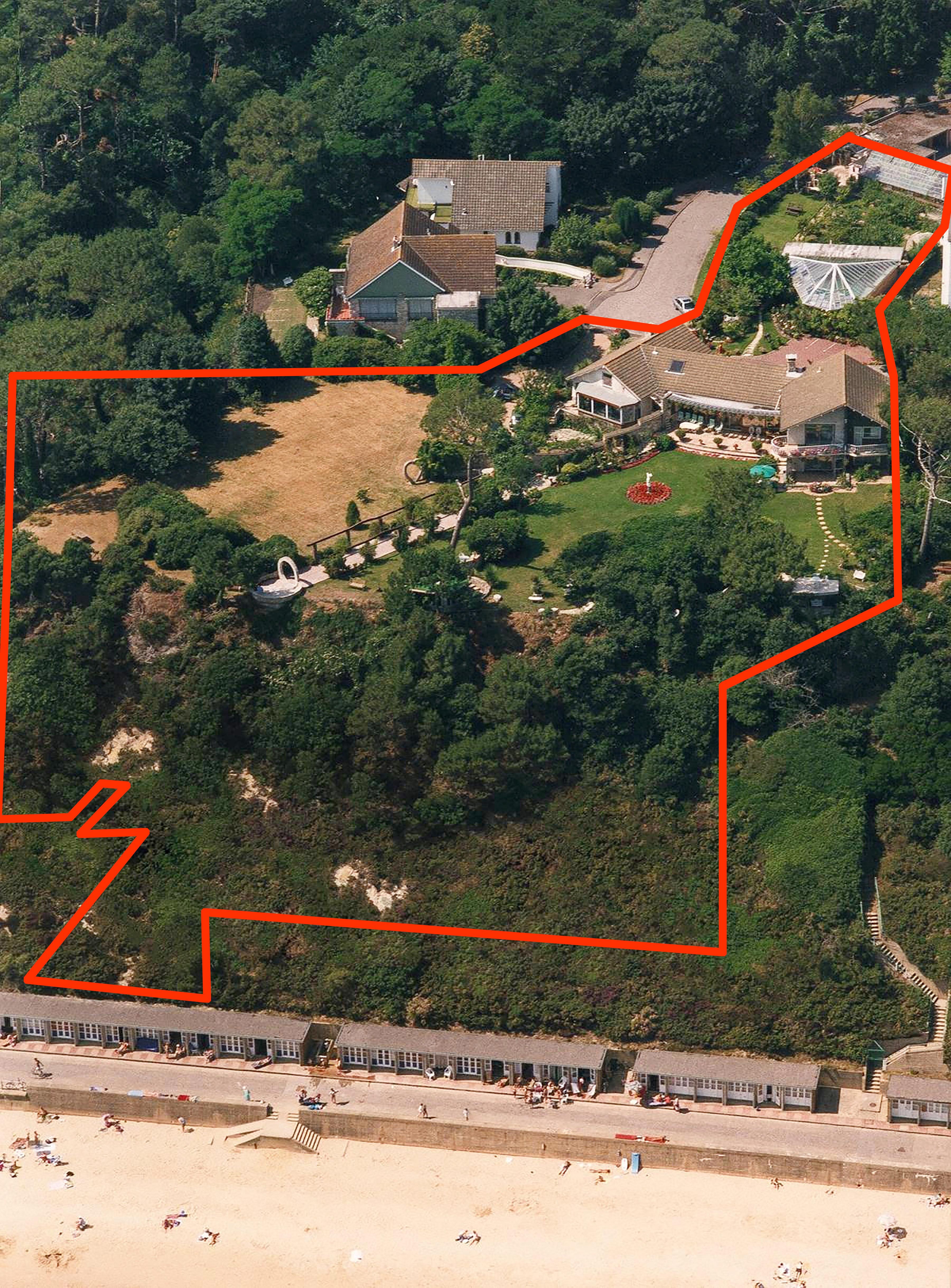 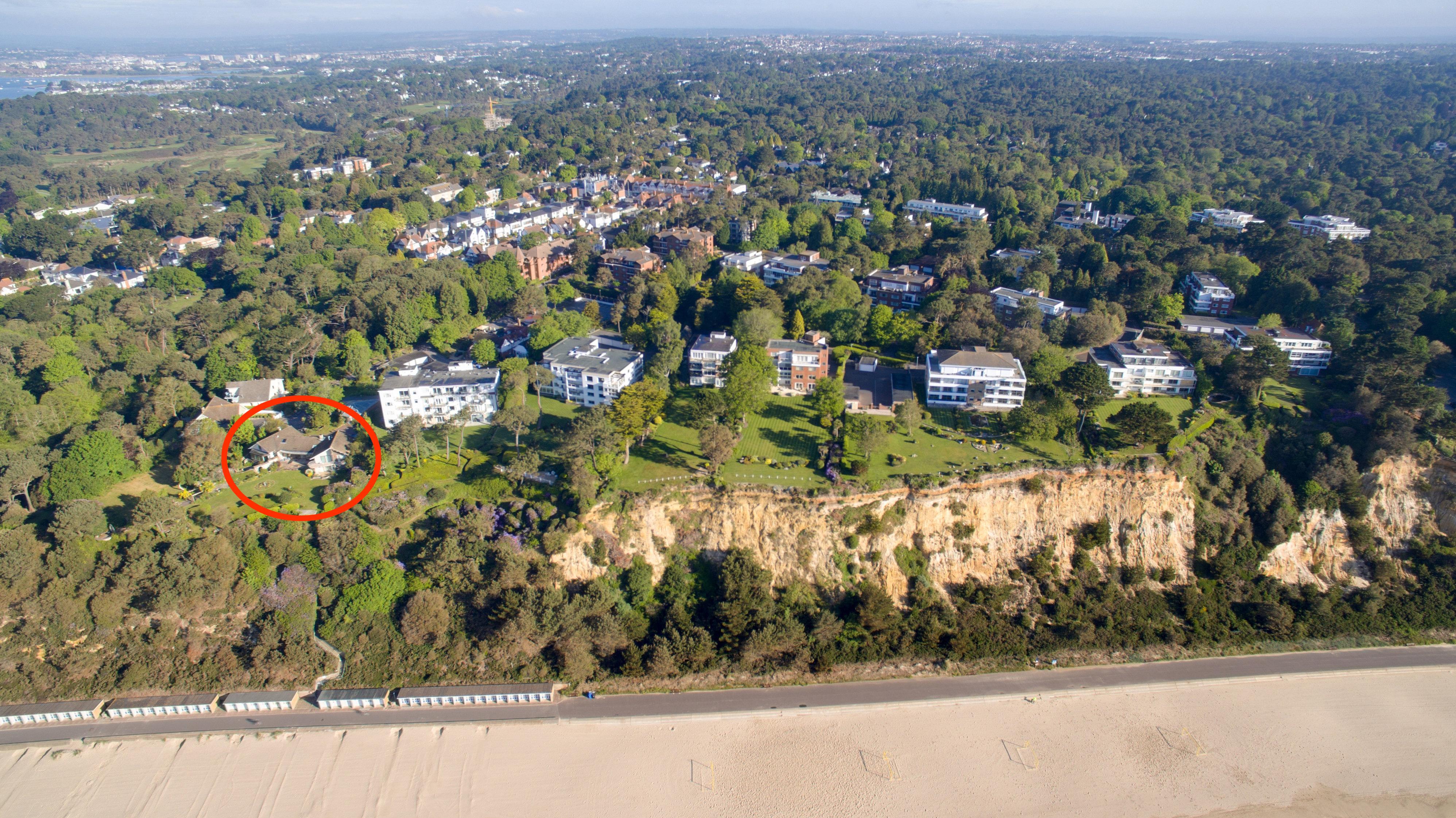 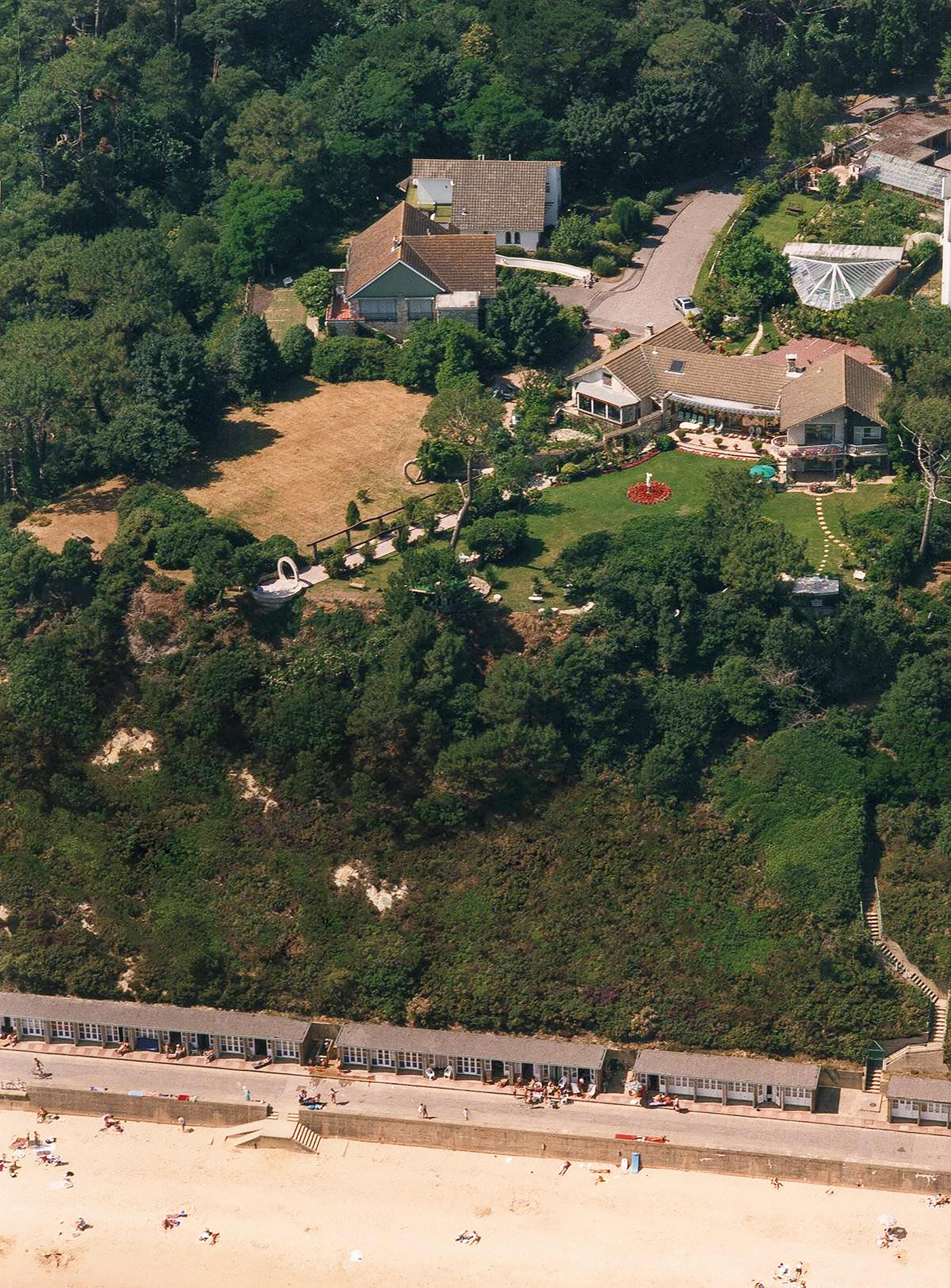 The plot offers potential for the bungalow to be demolished and turned into a large family home or flats, if consent is granted for redevelopment.

The property will be auctioned off in London on September 26 with a guide price in excess of £4.5 million.

It is next-door to Sandbanks where a home was recently sold for a record-breaking £8.1 million.

Russell Taylor, Savills Auctions director, said: "The property was originally considered suitable for three houses, however, it was developed in its current form. 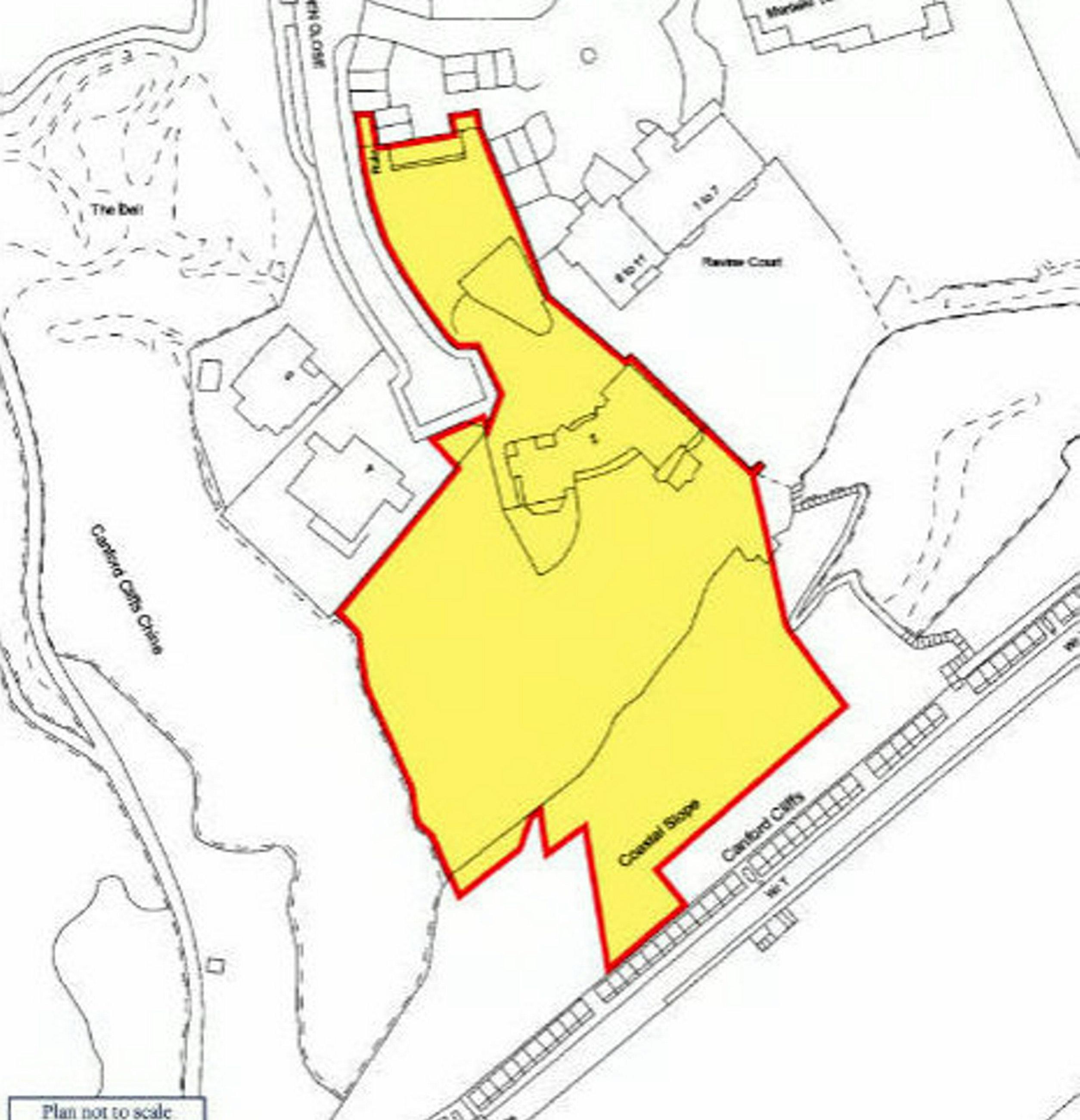 "This is now a sizeable site atop one of Dorset's prestigious Blue Flag beaches, making this one of the most exciting lots to come to the auctions market in recent years.

"Subject to usual consents, it offers significant scope for extensive redevelopment and could deliver something spectacular along this sought-after stretch of coastline.

"We have already received significant interest from those based in the region and further afield and expect plenty of action in the auction room on the day."

Colin Wilkins, Savills development director, added: "This is a rare and exciting opportunity to buy a parcel of land of this size in such a desirable location.

"We are already fielding a lot of calls from people who have got wind of its availability.

"We anticipate interest from developers and owner occupiers looking to create something very special in area where availability of land is scarce and uninterrupted sea views come at a premium."