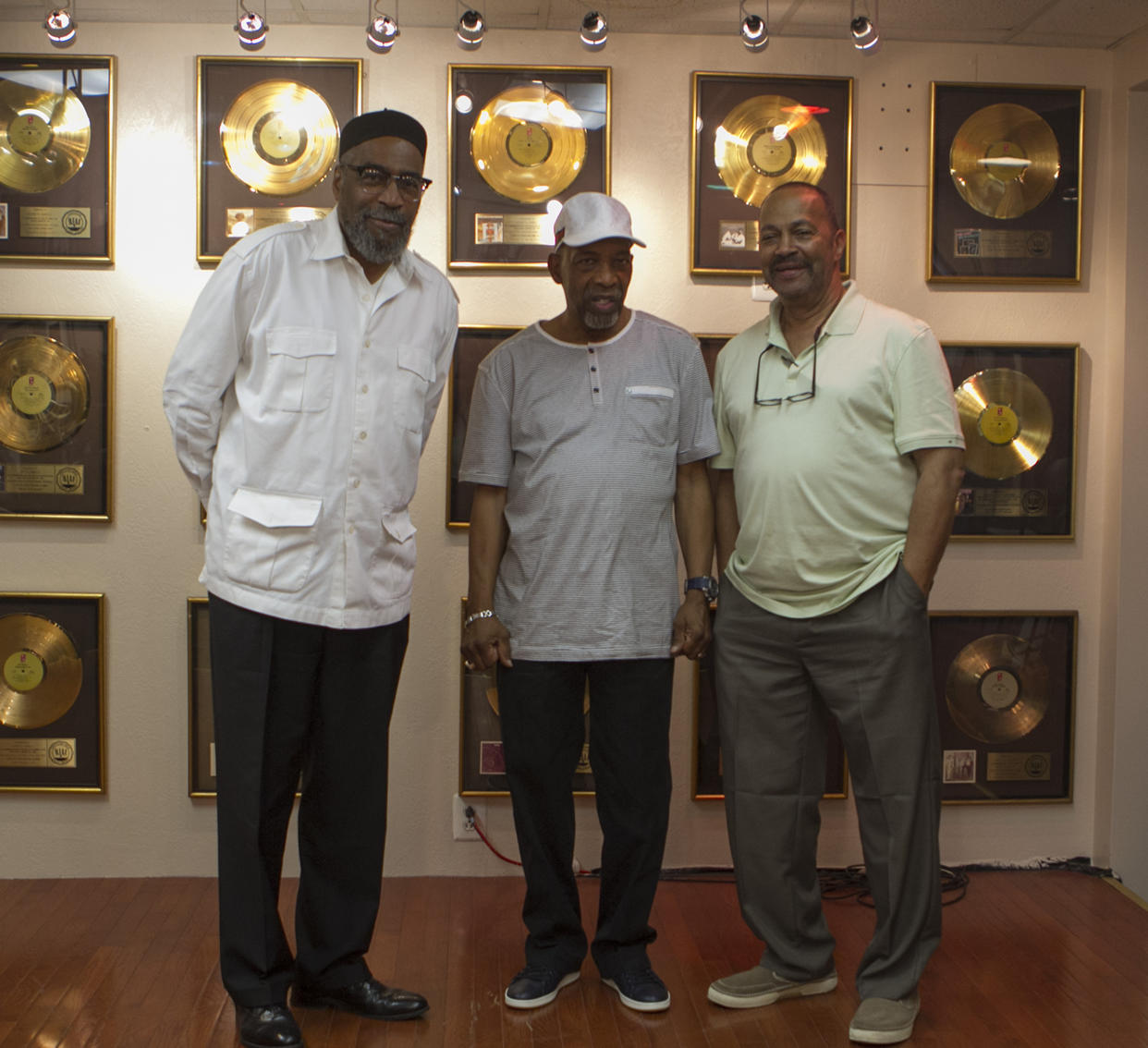 NEW YORK (AP) — Thom Bell, the Grammy-winning producer, writer and arranger who helped perfect the “Sound of Philadelphia” of the 1970s with the inventive, orchestral settings of such hits as the Spinners’ “I’ll Be Around” and the Stylistics’ “Betcha by Golly, Wow,” has died at age 79.

Bell's wife, Vanessa Bell, said that he died Thursday at his home in Bellingham, Washington, after a lengthy illness. She declined to give additional details.

A native of Jamaica who moved to Philadelphia as a child, Thom Bell drew upon the classical influences of his youth and such favorite composers as Oscar-winner Ennio Morricone in adding a kind of cinematic scale and grandeur to the gospel-styled harmonies of the Spinners, Stylistics, Delfonics and other groups.

Few producer-arrangers compared to Bell in setting a mood — whether the celebratory strings and horns kicking off the Spinners’ “Mighty Love,” the deadly piano roll at the start of the O’Jays’ “Back Stabbers” or the blissful oboe of “Betcha by Golly, Wow,” a soulful dreamland suggesting a Walt Disney film scored by Smokey Robinson.

“Nobody else is in my brain but me, which is why some of the things I think about are crazy — I hear oboes and bassoons and English horns,” he told recordcollectormag.com in 2020.

Nobody else is in my brain but me, which is why some of the things I think about are crazy — I hear oboes and bassoons and English horns.Thom Bell

“An arranger told me ‘Thom Bell, Black people don’t listen to that.’ I said, ‘Why limit yourself to Black people?’ I make music for people.‘”

Bell, often collaborating with lyricist Linda Creed, worked on more than 30 gold records from 1968-78 as Philadelphia became as much a center of soul music as Detroit and Motown Records were in the 1960s. He was an independent producer but so vital to the Philadelphia International Records empire built by Kenny Gamble and Leon Huff that the publishing company they formed together was called Mighty Three Music.

Bell’s other hits included the Delfonics’ “La-La (Means I Love You),” the Stylistics’ “You Make Me Feel Brand New,” Joe Simon’s “Drowning in the Sea of Love” and Elton John’s “Mama Can’t Buy You Love.”

He is widely credited with reviving the Spinners, a former Motown act that hadn’t had a hit in years. Bell took them on in the early 1970s and helped create such hits as “I’ll Be Around,” “Ghetto Child” and “The Rubberband Man.”

The Spinners’ chart-topping “Then Came You” featured Dionne Warwick, who had been skeptical that the up-tempo ballad would catch on. Bell tore a dollar bill in half and got Warwick to agree that whoever guessed wrong about the song would have to inscribe an apology on their half of the money and send it to the other. Bell would long hold on to the signed note he received from Warwick.

He also worked with some personal favorites, such as an album with Anthony Gourdine of Little Anthony of the Imperials, one of his early influences, and “I’m Coming Home” and “Mathis Is …” for Johnny Mathis, whom Bell would call the most talented singer he ever worked with, “sterling of sterling.”

Bell won a Grammy in 1975 for best producer, but within a few years, the Philadelphia sound had been overtaken by other trends. He had just a handful of hits in the 1980s and after, including Deniece Williams’ “Gonna Take a Miracle” and James Ingram’s “I Don’t Have the Heart.” He was inducted into the Songwriters Hall of Fame in 2006, and received an honorary Grammy in 2017. Three years later, his work was highlighted in the anthology “Ready or Not: Philly Soul Arrangements & Productions, 1965-1978.”

'He helped me in knowing my vocal range, finding the best way to sing a song. Everyone was his instrument. It didn’t matter if you were a singer, a trombonist or a studio engineer. You were part of his construction.Stylistics lead singer Russell Thompkins Jr.

“To put it in a nutshell, he’s responsible for everything that’s happened to me in my career,” Stylistics lead singer Russell Thompkins Jr. told the Seattle Times in 2018. “He helped me in knowing my vocal range, finding the best way to sing a song. Everyone was his instrument. It didn’t matter if you were a singer, a trombonist or a studio engineer. You were part of his construction.”

One of 10 siblings, Thomas Randolph Bell grew up in a household where both parents were accomplished musicians and only classical works were heard. He was taking piano lessons by age 5 and thought of becoming a conductor, but he could not ignore the sounds he was imagining in his head — high notes keyed to his own tenor — or discovering on the radio, notably Little Anthony and the Imperials’ mournful “Tears On My Pillow.”

“I fell in love with the whole production,’’ he told the Seattle Times. “I listened to the background, the bass, a lot more than just the lyrics.”

Thanks to such longtime friends as Gamble and Huff, he became well connected in the local music scene. He and Gamble were together briefly in Kenny Gamble & the Romeos, and he also worked as an arranger and session player for the Cameo and Parkway labels, where artists included the Delfonics and Chubby Checker of “The Twist” fame. Gamble and Huff began producing together in 1967, and Bell was soon working with them on songs by Jerry Butler and Dusty Springfield among others.

In the early 1970s, he met Creed, a Philadelphia-born Jew who as a teen fell in love with soul music and with Bell formed a rare interracial musical partnership. Their songs often began with Bell creating a melody and arrangement and Creed providing the words.

For “You Are Everything,” a Stylistics hit which opens with “Today I saw somebody/Who looked just like you/She walked like you do,” inspiration was found during a break from recording.

“We’re walking down the street. We’re looking around, because there’s always something in the street to write about,” Bell told NPR in 2006. “I saw this guy crossing, we were all crossing, and this guy stopped in the middle of the street and he looked back. Then he looked back again. He’s looking at this woman. And he calls out this girl’s name. And he was chasing her, and the girl looked at him like he was crazy. I was watching this, and I said, ‘Creed, I’ve got an idea.’”