Israel’s annual “slut walk” saw droves of women in little clothing marching through the streets of the Middle Eastern city. 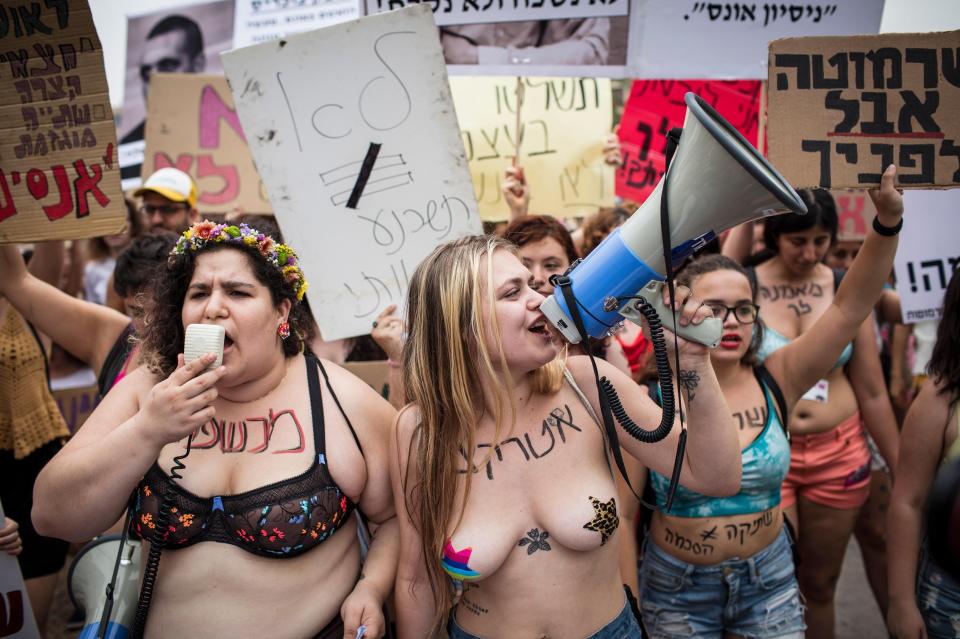 This year’s march focused on victim blaming in cases of rape, sexual assault and abuse.

They included phrases such as “You’re not guilty,” “Make love, not rape” and “A thong is not an invitation to rape.”

The march was the seventh “slut walk” to hit the streets of Israel. 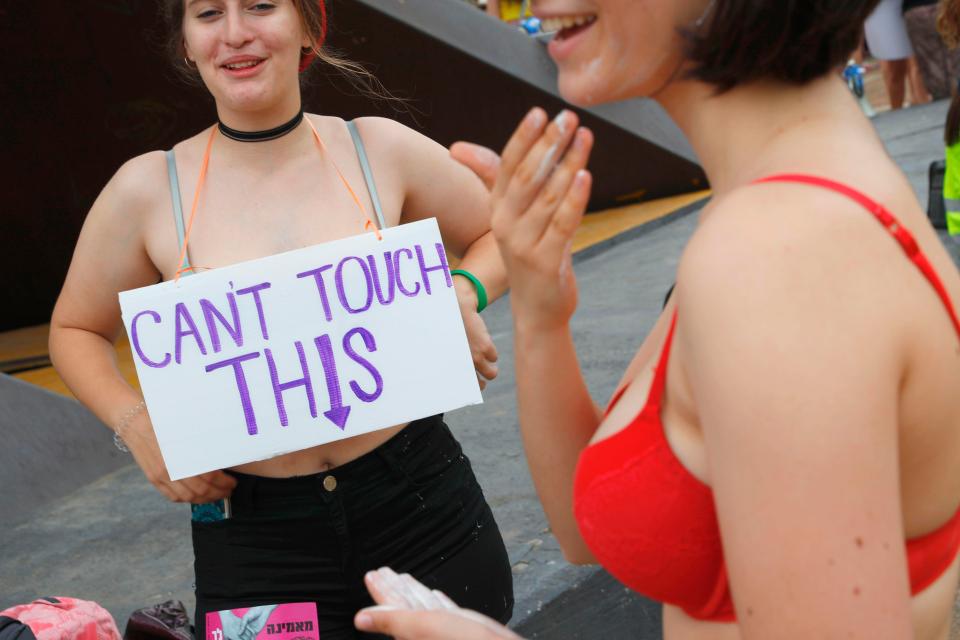 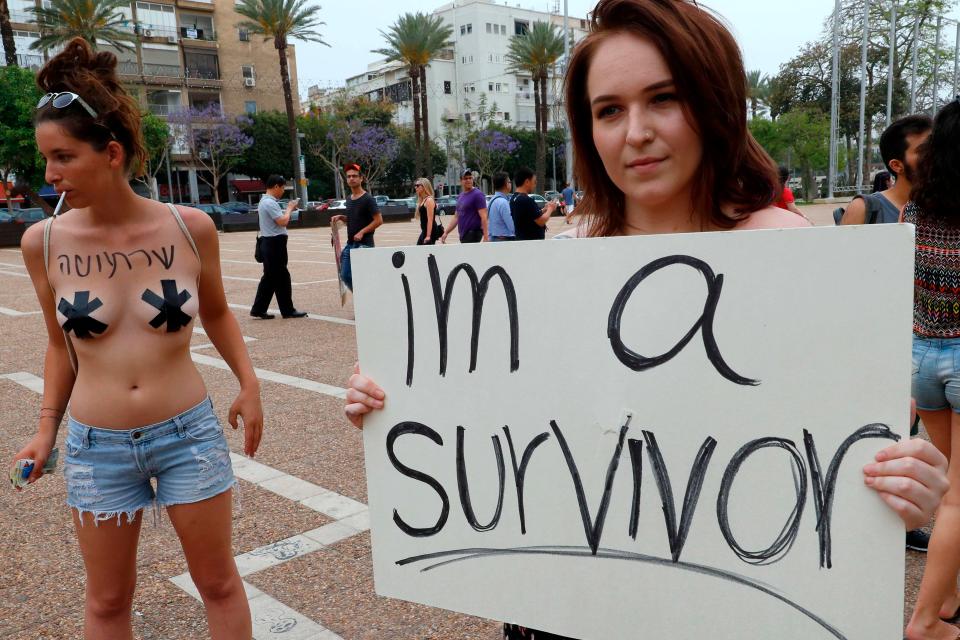 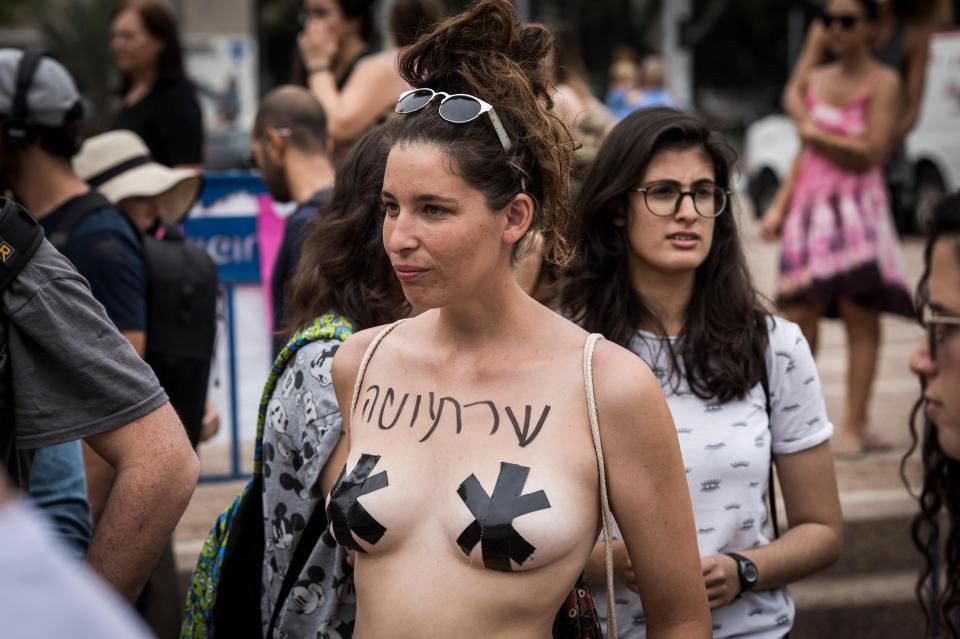 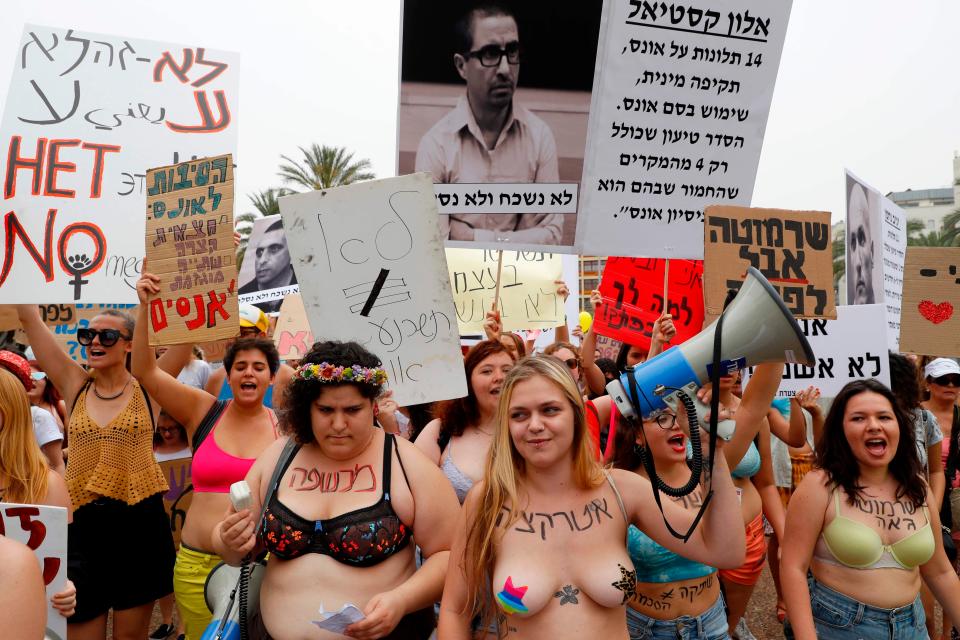 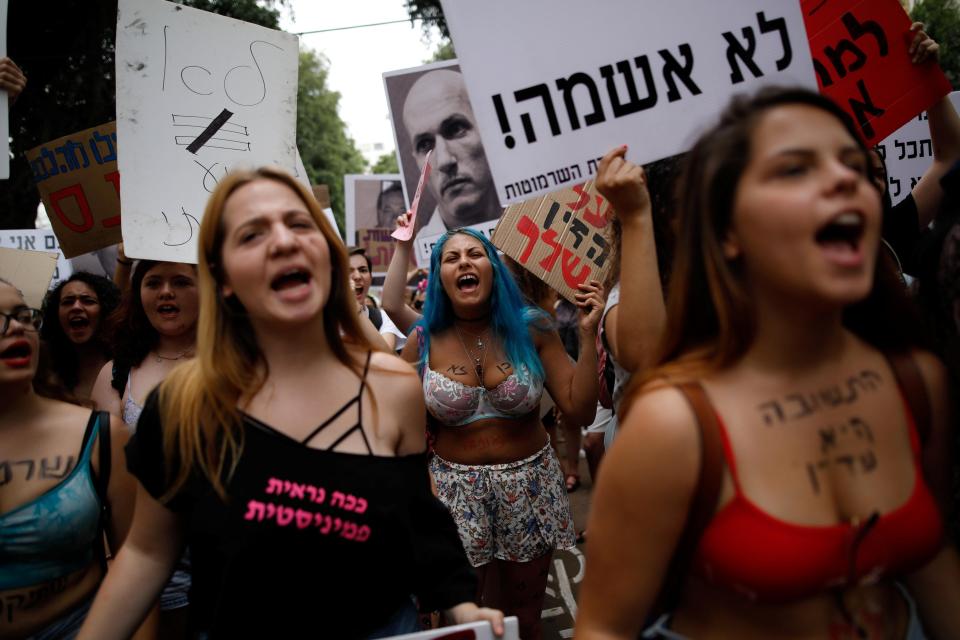 Others held up posters with pictures of high-profile men in Israel who had been convicted of sexual abuse, with the slogan “We will not forgive nor forget.”

Many had the Hebrew word for “slut,” or phrases such as “No means no,” written on their bodies. 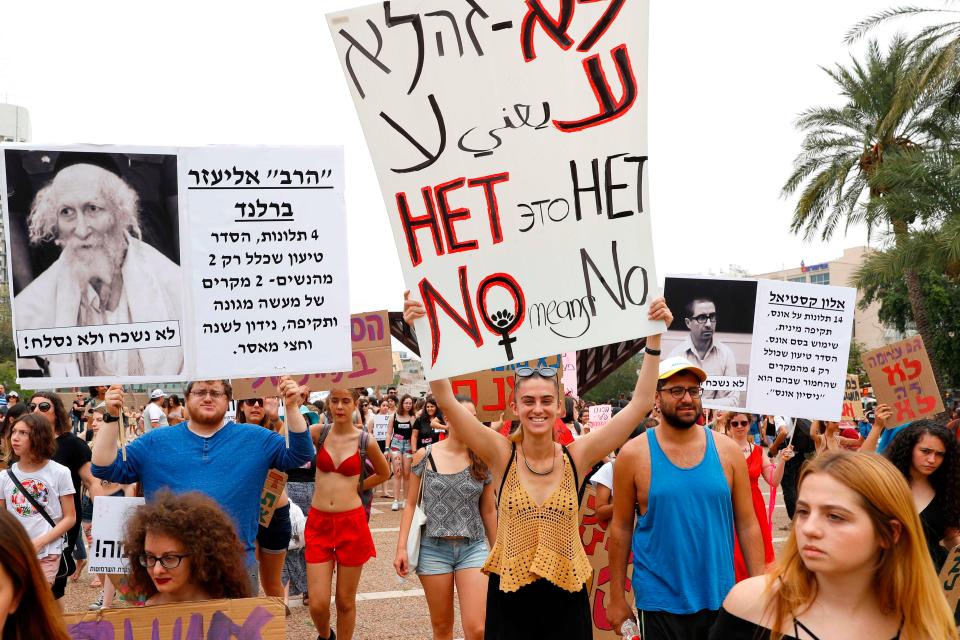 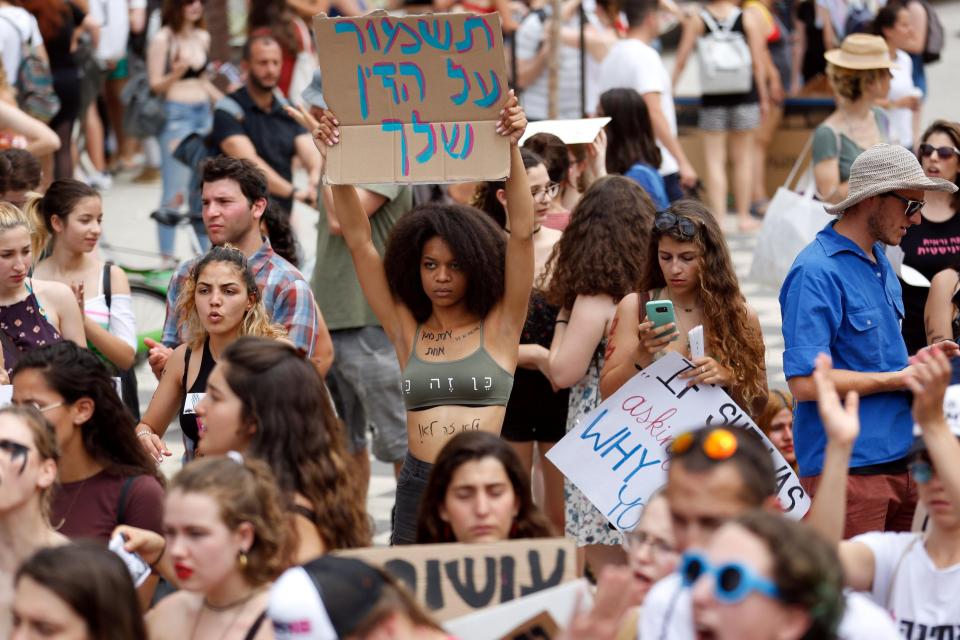 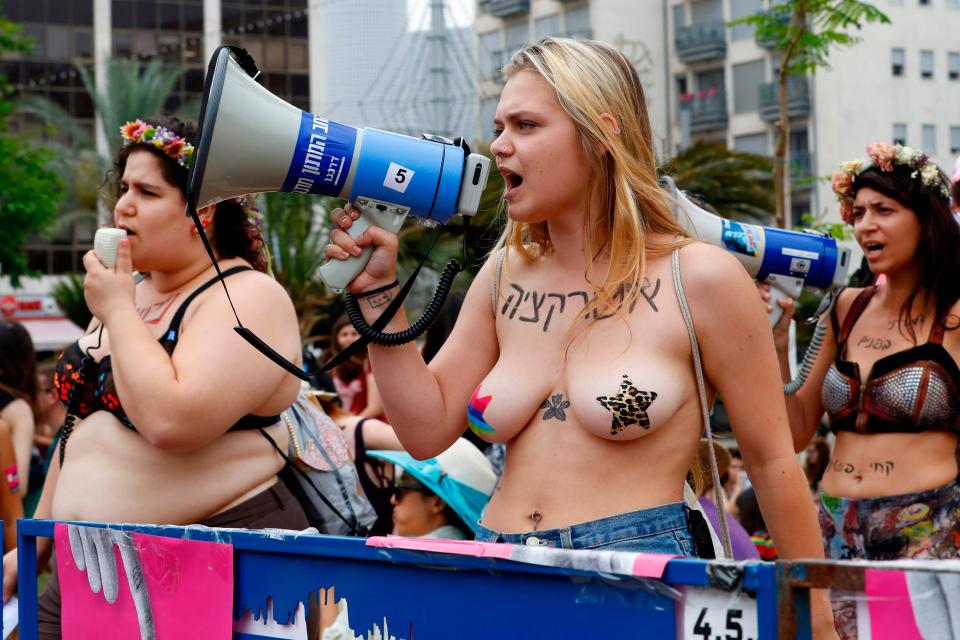 SlutWalks, which are held internationally, are meant to make a statement about women’s choice.

The protests originated in Toronto, Canada in April 2011, in response to a police officer’s suggestion that “women should avoid dressing like sluts” in order to avoid being raped.

Since then, the protests have taken place in cities around the world, and have broadened their scope to include protests against all types of sexual assault and harassment, as well as the prevalence of victim blaming.