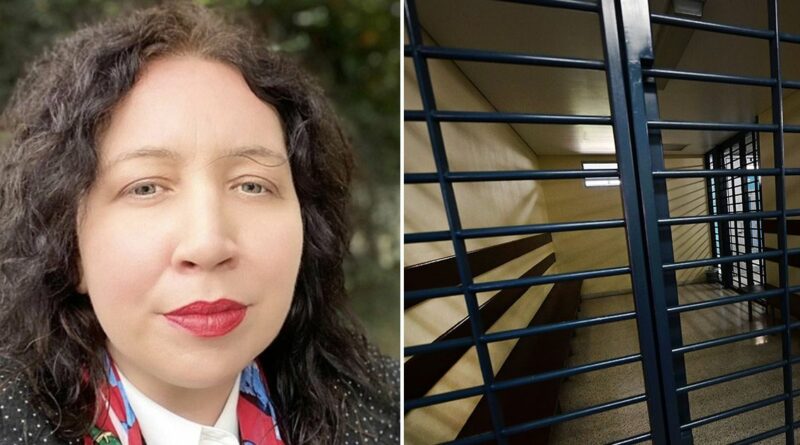 A prominent human rights campaigner has warned that thousands of Brits will continue to be arrested and hundreds jailed in Dubai and the UAE due to the regime's strict laws and unwavering resistance to change.

Speaking to the Daily Star, Detained in Dubai's CEO Radha Stirling said that prominent cases like that of the captive Billy Hood will continue to repeat themselves on Brits due to the region's insane laws.

25-year-old football coach Billy Hood has been locked up in a prison in the UAE for a year and is due to serve ten more after he was allegedly found with CBD oil in January 2021.

Despite denying the allegations, Billy was forced to sign a confession and has been jailed and refused bail numerous times by the UAE despite the pressure from the UK government and Radha's group.

Tragically according to Radha stories like Billy's are increasingly common.

She explained: "I get WhatsApp messages every day, so far today I’ve had six people saying ‘I’ve been arrested, my so and so has been arrested. It never stops.

"We try to resolve as many cases as we can without going to the media. The most unreasonable detentions or outrageous treatments we’ll tell the media about as it’s a very good way of shining a light on what goes on out there.

"In some cases as soon as we release a press release about a case, the complainant drops their charge straight away – though this is rare."

Hundreds of thousands of British tourists visit the UAE drawn to the big shopping centre in the desert that is Dubai.

And while most tourists are able to keep under the radar of the local police, some aren't so lucky.

Radha claims that every year her organisation handles thousands of calls from panicked Brits who have fallen foul of the country's hidden laws – and the outcomes can be grim.

She said: "Every year thousands of Brits are arrested in the UAE. Of these many are given travel bans and hundreds more run the risk of imprisonment.

"When you receive a travel ban in the UAE you are unable to leave or work in the country – you are in no man’s land.

But what crimes are these Brits committing?

Well, in the past people have been collared for wearing skinny jeans in public, being drunk and even swearing on WhatsApp.

But Radha says in the vast majority of recent cases they have fallen foul of the UAE's hidden and all-encompassing chilling Cybercrimes regulation.

She explained: "Cybercrimes laws have covered everything in the UAE. People can be arrested for giving a hotel a bad review or criticising a rental agency online.

"We had a British national who said he wouldn’t send his dog to a private English school out there and they took a case against him.

"People might say something rude on social media and fall foul of them, we all know the case of the woman who was rude to her flatmate in a private WhatsApp chat and was arrested for it.

"They are universally applied. If you said something rude about a person in the UAE five years ago in the UK and then travelled to the UAE they could take a case against you.

"Practically everyone who visits the country is in violation of the laws. If someone over there wanted to they could comb through your social media and find something to incriminate you with.

"That’s a serious risk to British citizens and there’ve been many arrests because of it.

"Brits can also fall foul of rental car extortion scams where insurance doesn’t cover any damage to the cars. They will charge you extra and confiscate your passport until you pay."

And if it's not being crude on a group chat that will catch you out, you best be sure you stay well clear of anything drug-related while out there.

According to Radha, police in Dubai have become increasingly militant towards the enforcement of drug bans and have even fabricated cases against citizens.

She said: "One thing that’s come up, again and again, is the Dubai police casting a very wide net over anything related to drugs.

"We’ve seen a number of British citizens pulled into police stations and treated like they’re part of a drug trafficking or selling operation when they’ve had nothing to do with it.

"One British man, Andy Neal, spent a year in jail because he had a person’s number on his phone that police thought was a drug dealer.

"There’s a drive behind the police force to get successful drug convictions and once they’re referred to Abu Dhabi it’s a very long process to try and prove your innocence as Abu Dhabi doesn’t care about evidence.

"It’s a case of good luck proving your innocence in a five-minute trial, as we saw with Billy Hood.

"He was hoping for a pardon which didn’t happen, he’s been threatened by authorities in Abu Dhabi. They told him that if he or his mother continued to go to the press they would punish him.

"He was beaten in prison. It’s such a frivolous case but the UAE is getting stronger and withstanding the press pressure they used to listen to."

Have you or anyone you know ever been detained in the UAE? Email: [email protected]