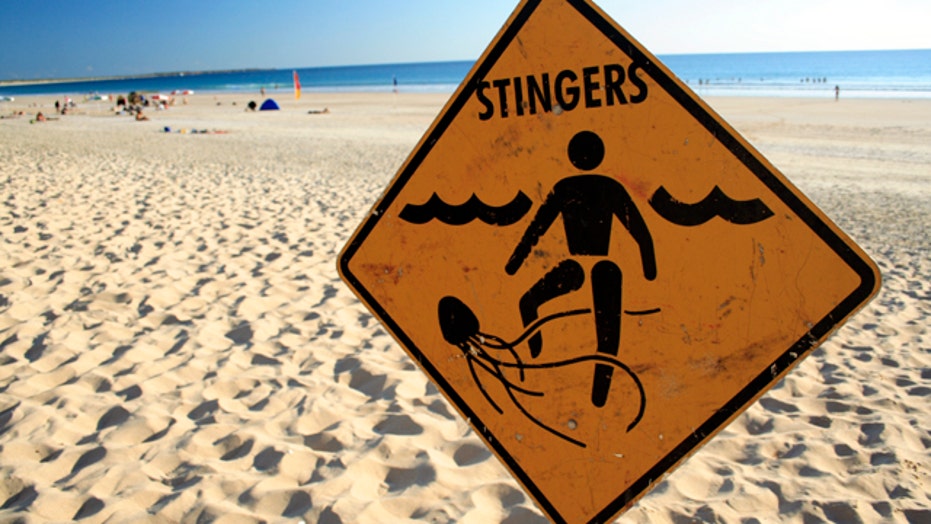 How to treat jellyfish stings

Q&amp;A with Dr. Manny: I am planning a beach vacation this summer and I am worried about jellyfish stings. What is the best course of action if I or one of my kids are stung?

A sudden jellyfish invasion was responsible for stinging more than 3,500 people in the waters of popular beach areas in Australia over the weekend, officials said.

“I have never seen anything like this — ever,” he said.

Most of those stung were on the famed Gold Coast, while other people were stung on the Sunshine Coast, located north of Brisbane. 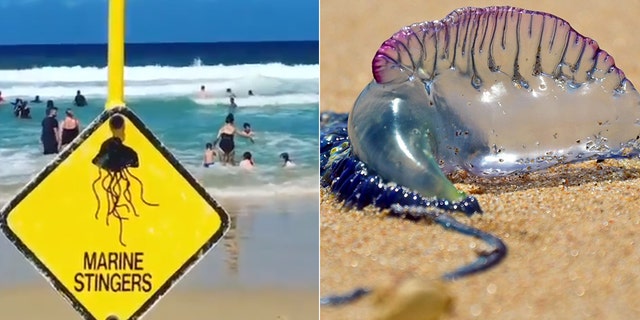 More than 3,500 people were stung by bluebottles at beaches in Australia over the weekend.
(Surf Life Saving Queensland/iStock)

"Due to the northeasterly winds, we will continue to see bluebottles hanging around," the agency said in a separate post. "If stung, ensure you see a lifeguard to be treated with ice or hot water."

No fatalities have been reported and for most people, the stings are harmless but painful. However, they can cause problems for those with allergies in addition to the young and the elderly, according to Sky News.

JELLYFISH NUMBERS ON THE RISE ALONG US BEACHES

Bluebottles, also known as Pacific man-of-wars, are responsible for between 10,000 and 30,000 stings along the country's east coast each year, according to the Australian Museum.

The aquatic creatures are found in the marine waters in the Indian and Pacific Oceans and typically encountered in summer months along the country's eastern coast.

Swimmers are not the only ones at risk from the jellyfish stranded on the shore, but also beachgoers taking a walk in the sand.

“People have been hurt as they just walk along the shoreline," Sturges said. "Don’t pick it up, don’t walk on it or you will be stung."