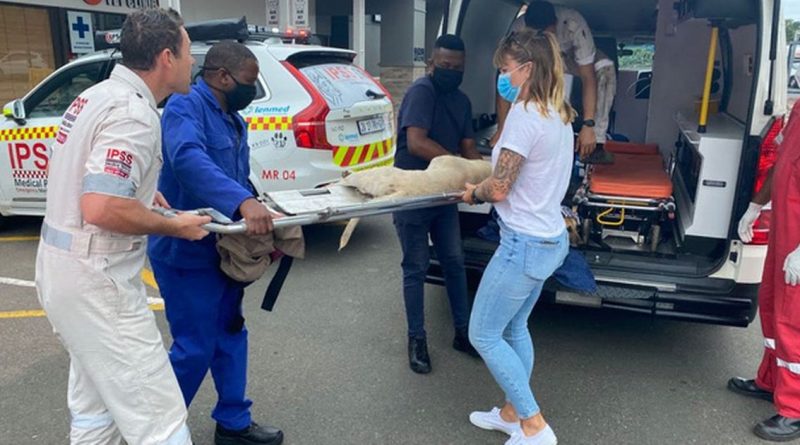 Three dogs have tragically died after being ruthlessly attacked by a swarm of killer bees.

The stinging insects descended on a house in Tongaat, South Africa on Wednesday morning, according to local authorities.

Four dogs on the property were targeted and stung repeatedly by the vicious bees, but the animals were eventually able to hide in a cellar located underneath the house.

Paramedics were alerted and rushed to the scene, where they found the terrified dogs hiding.

The rescuers quickly built a fire on the property in the hopes that the smoke would force the bees to flee the area.

One dog sadly died at the scene, while the remaining three were transported to a local vet in a "critical condition".

One paramedic was also attacked by the bees and was stung as they attempted to retrieve the dogs.

By Wednesday afternoon two more dogs had died of their injuries, while a third remains in a critical condition.

"Unfortunately, the fourth dog passed away."

He added: "We built a fire so that the smoke would get the bees away."

While their sting is no more venomous than that of a European bee, the East African honey bee tends to response more quickly to having their habitat disturbed.

They are known to send out three to four times as many worker bees in reaction to a threat and will also pursue an intruder for a greater distance from the hive.

While relatively harmless on their own, bees can seriously harm humans or animals when they swarm in large numbers.

In May three dogs were killed by a swarm of bees in Tucson, Arizona, forcing emergency responders to "foam" the insects to death.

Last year the discovery of deadly Asian " murder hornets " in the USA for the first time prompted widespread panic, as the insects have been known to kill humans.