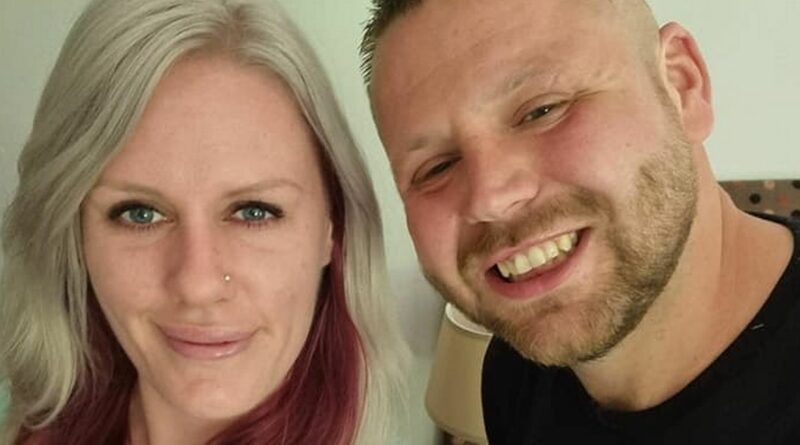 An 18 stone thug who beat his dog to death claimed he crushed it in an accidental fall.

Just days before Christmas in 2019, MacKay took Bonzo to a vet, explaining his injuries were sustained after he tripped over him while doing the dishes, the Daily Record reports.

But an X-ray of Bonzo’s broken body revealed the true extent of the crossbreed's suffering from four separate attacks which would have left the pooch in unimaginable pain. MacKay from Broxburn, West Lothian in Scotland, has been jailed for 18 weeks after being found guilty of abusing the animal and failing to get him medical treatment between September and December 2019.

The brute’s partner, Nicole Logan, 27, who also lives in West Lothian, was convicted of two counts of causing unnecessary suffering by failing to get Bonzo help.

The horrific abuse campaign took place at the couple’s former home in Knott-End-On-Sea, Poulton-Le-Fylde, Lancashire, before they moved to Scotland, it is understood.

Blackpool Magistrates’ Court heard how Bonzo was taken to a vets by MacKay on December 23, 2019 where he claimed to have fallen on the dog.

The vet was unable to save Bonzo and he tragically died during attempts to resuscitate him.

The vet suspected that the pet had died as a result of abuse so reported the matter to the RSPCA.

Inspector Will Lamping along with officers from Lancashire Police visited Bonzo’s owner’s address as part of the investigation.

Logan told them that her partner had told her Bonzo received a punctured lung while running through some bushes.

Later that day MacKay himself contacted the RSPCA and claimed he had injured Bonzo by standing on him and falling over him as he was washing up, while Logan was at work.

He also said the dog also had some old injuries from running through some bushes a month and a half before.

However, in court independent veterinary experts said the injuries could not have been caused by a fall but said Bonzo had been subjected to a series of abuse – and two attacks were most likely caused by blunt force trauma.

MacKay had claimed that he had tried to give him CPR for 10 minutes after 'falling on him' but when this failed he took the dog to the vets.

The vet saw some cuts around the dog's mouth which MacKay said must have happened when he scraped himself against rocks while walking on the beach earlier.

For more shocking stories from the Daily Star, make sure you sign up to one of our newsletters here.

The court heard how he had previously taken the dog to the same vets in October 2019 after claiming the dog had appeared from some bushes with a blister on his eye.

During this examination – as well as the cut eye – the vet found the dog had a number of broken ribs.

In sentencing the magistrate described the attacks as “barbaric and torturous” and that it was “prolonged and deliberate injuries''.

They added that Logan was aware of the injuries but failed to seek veterinary treatment for her dog who was left in a suffering state.

Inspector Lamping said: “The injuries caused to Bonzo were some of the worst I've seen. The image of his broken body will stay with me for a long time."

As well as the 18-week jail term MacKay was banned from keeping all animals for 10 years and was also ordered to pay £2,000 costs and a £128 victim surcharge.

Logan was given a 12-week prison term suspended for 12 months and was banned from keeping dogs for 10 years.