Going out with a BANG! Deckchairs and sunbeds are packed away as Britain’s record-breaking Easter sun comes to an end with thunderstorms hitting today

Britain’s Easter heatwave will end with a bang today as thunderstorms and hail sweep in across the country.

Sudden heavy rain, lightning strikes and gusty winds will break out across central and northern England from this afternoon, with the Met Office issuing a thunderstorm warning from 1pm amid concerns over power cuts.

Forecasters warned of damage to buildings and structures from lightning strikes as well as train delays – adding that driving conditions will be affected by spray, standing water or hail, leading to longer journey times by car. 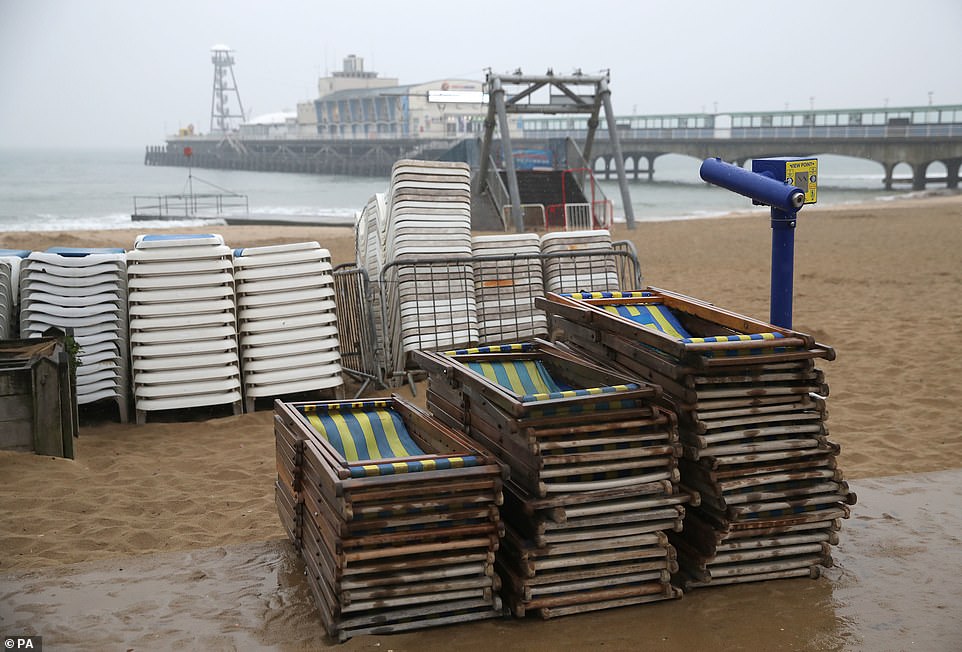 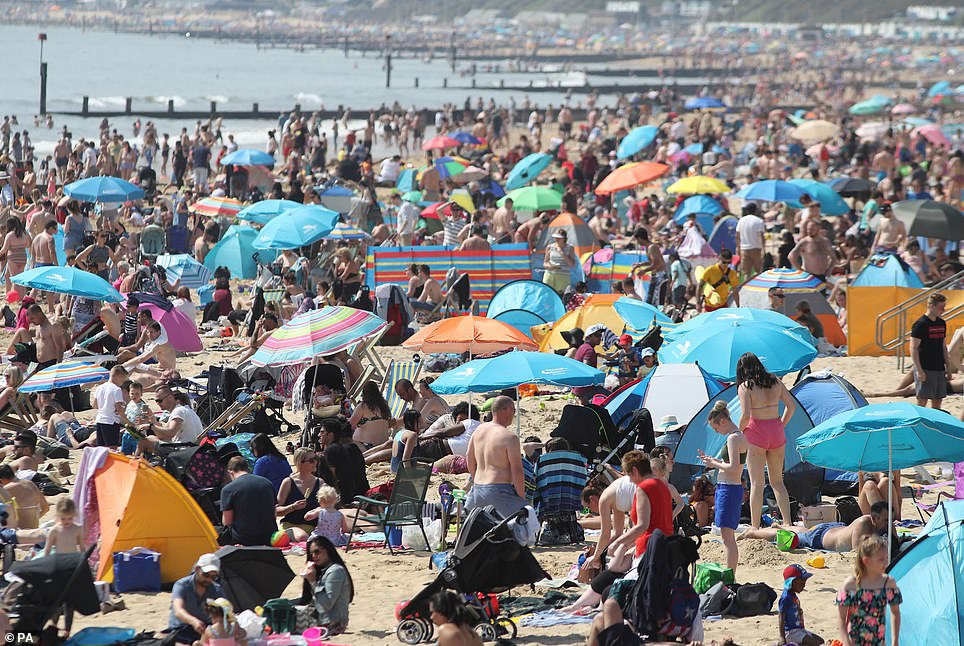 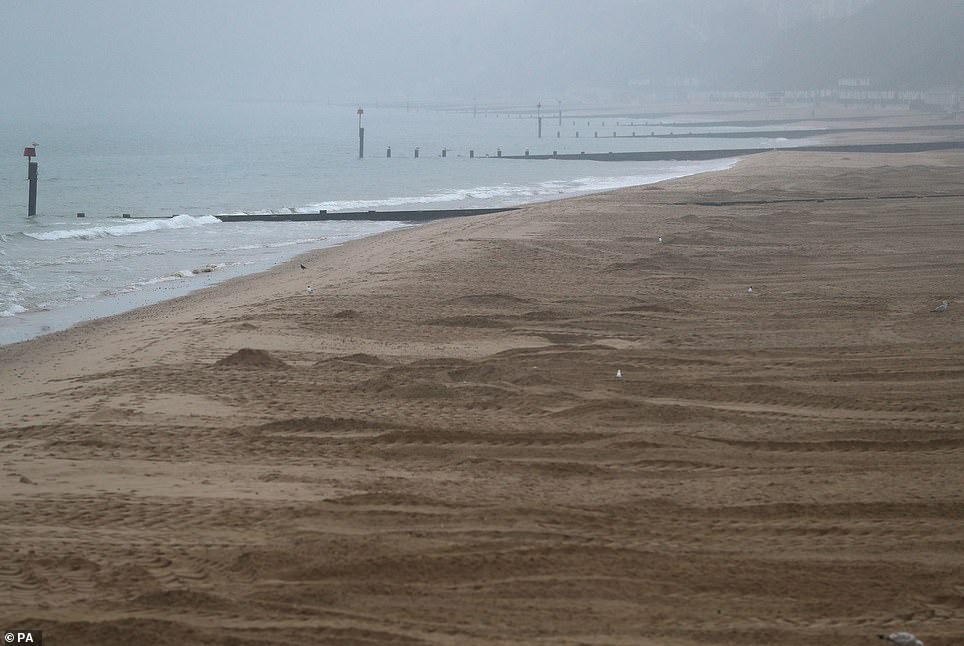 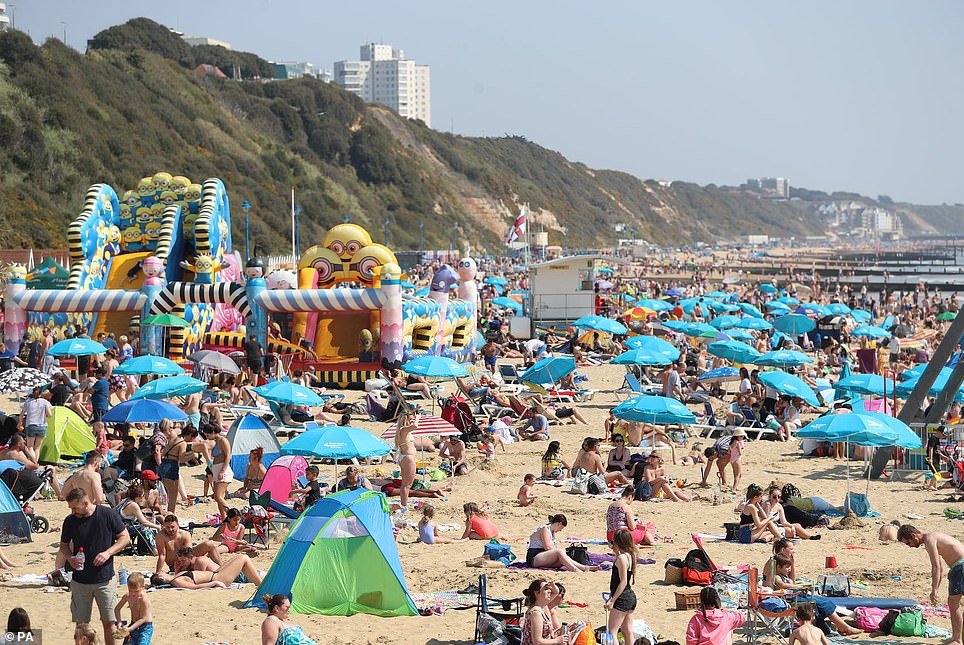 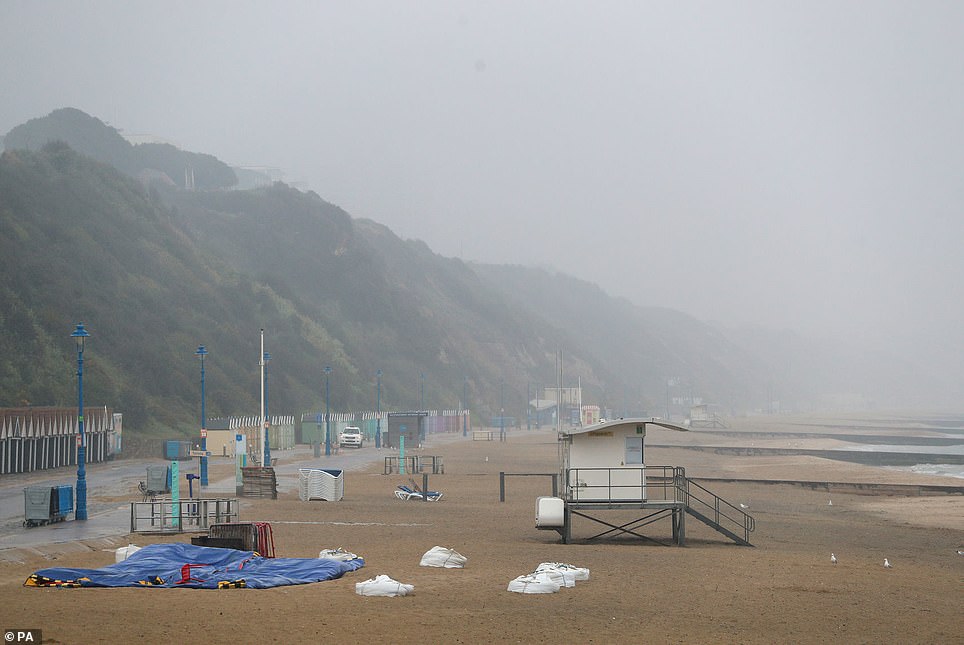 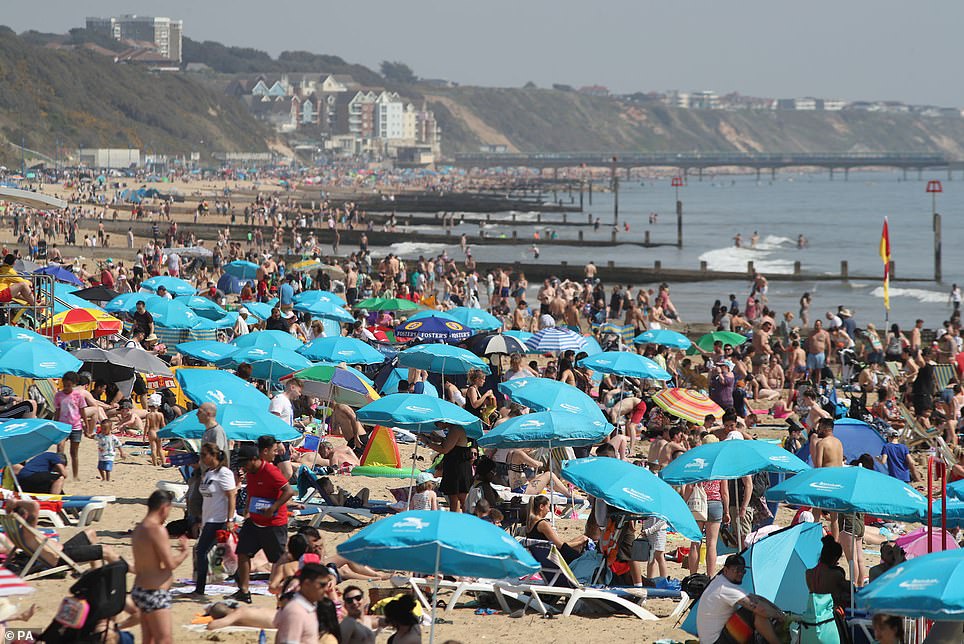 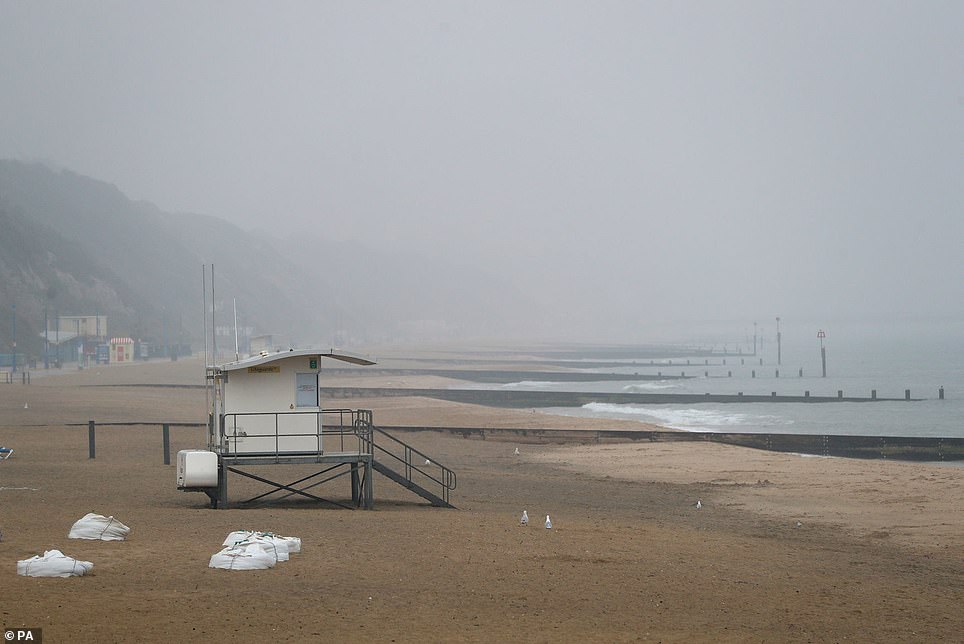 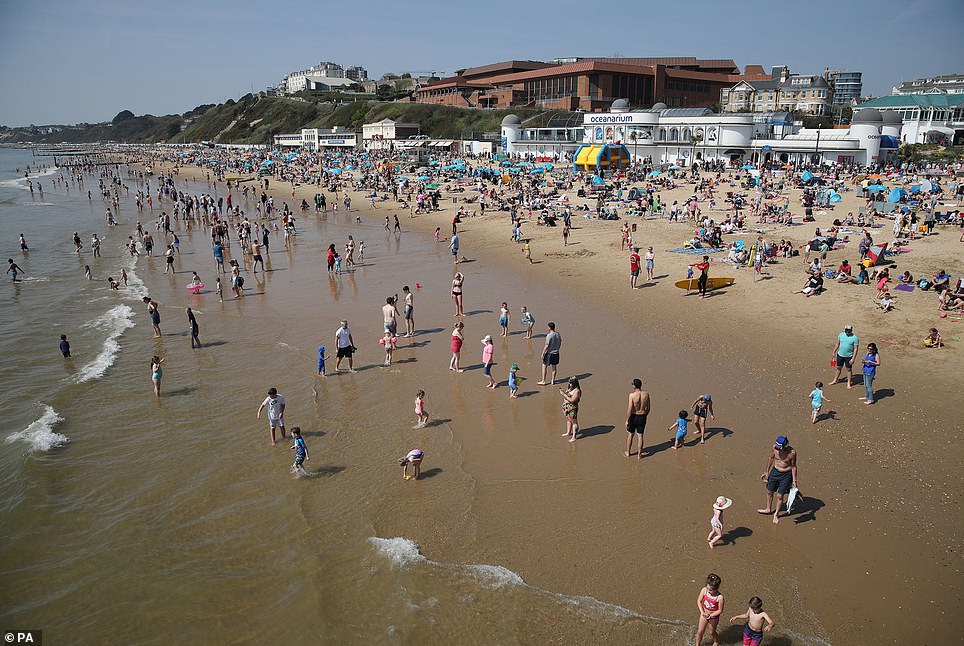 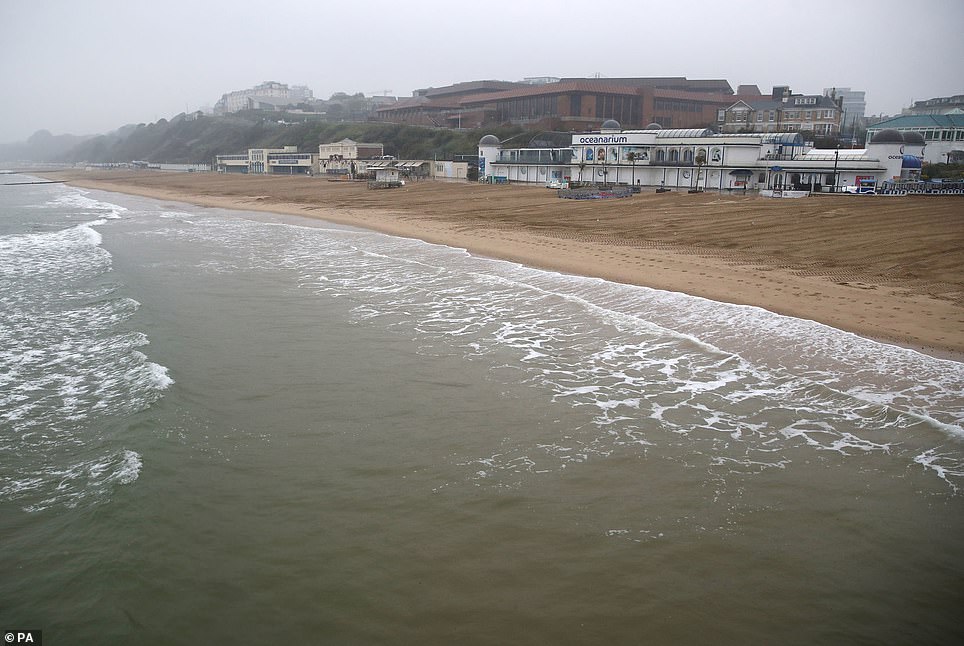 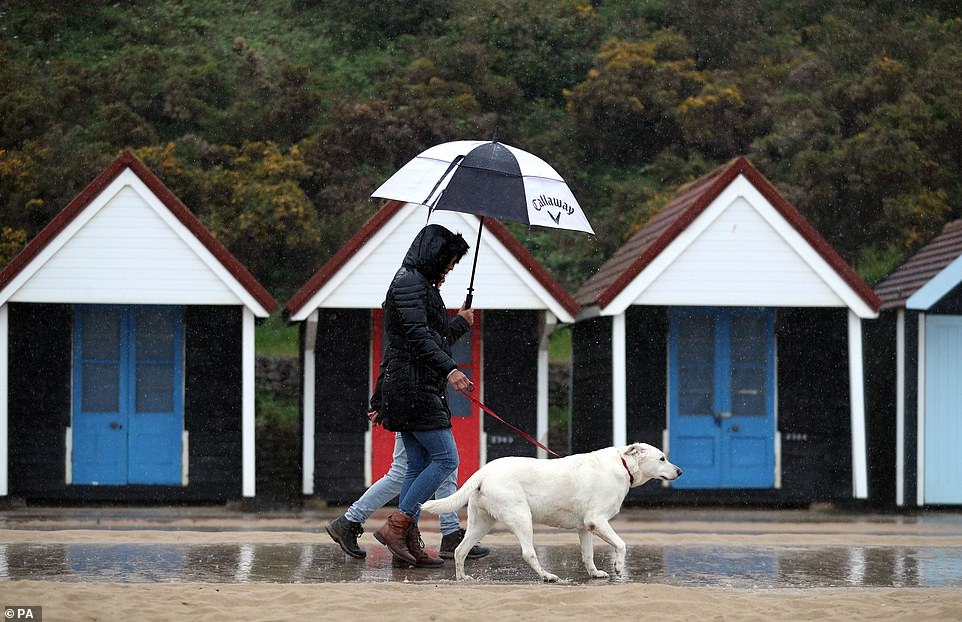 Up to one inch of rain could fall within an hour, with the weather expected to remain unsettled until the weekend – and the Met Office has also warned of possible 60mph gusts leading to the eighth named storm of the season.

Flooding of homes and businesses is also possible, with the warnings representing an end to the scorching weather that has seen temperatures get above 73F (23C) somewhere in the UK for six days in row up to yesterday.

Top UK temperatures over the past six days

Days of glorious bank holiday sunshine culminated in the hottest Easter Monday on record, with Britain warmer than Marrakesh and Ibiza as millions of people flocked to beaches and enjoyed garden barbecues.

Temperatures peaked on Monday at 77F (25C) in West London and Wisley, Surrey, making it the hottest Easter Monday since records began in 1910. The previous record of 75F (24C) was set in Hampshire in 2011.

It comes after the hottest Easter Sunday ever for Wales, Scotland and Northern Ireland. Temperatures reached 74.1F (23.4C) in both Cardiff and Edinburgh on Sunday, while Helen’s Bay in County Down got to 69.8F (21C). 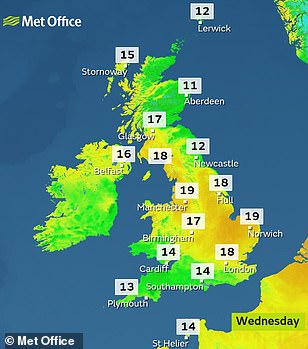 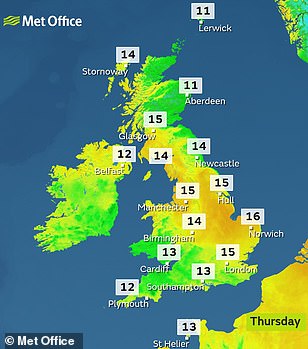 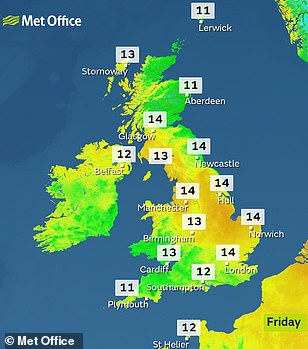 Temperatures will be back to around average for the time of the year for the rest of this week, following the warm weather 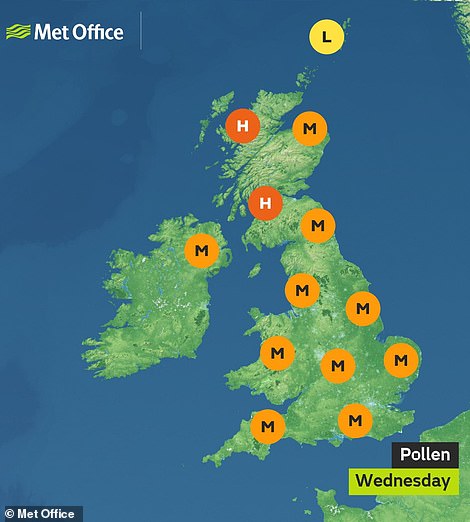 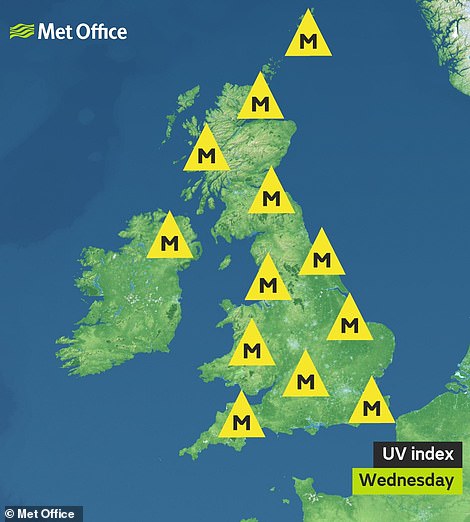 Pollen levels are mostly moderate today but high in parts of Scotland (left), while the UV index is also moderate (right) 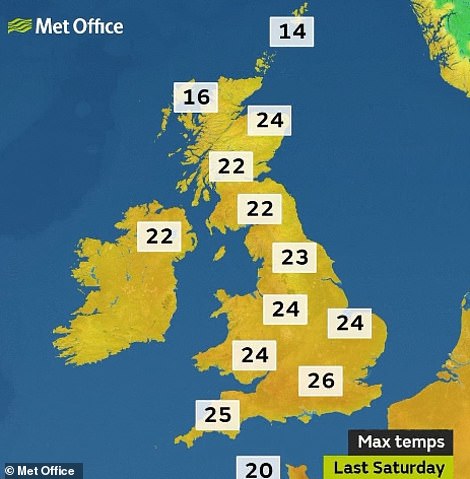 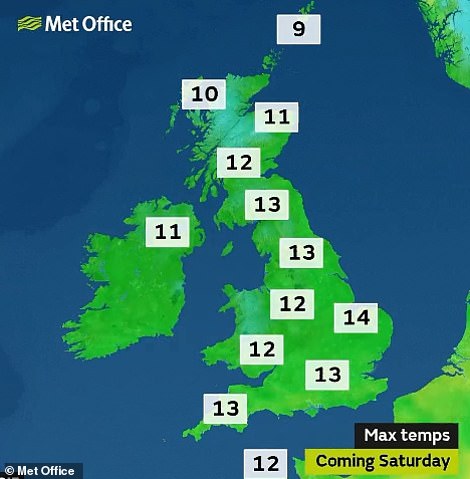 Emma Smith, from the Met Office, said: ‘The storms will arrive from the continent on Wednesday morning and move from south to north really quickly, reaching Scotland in the evening. 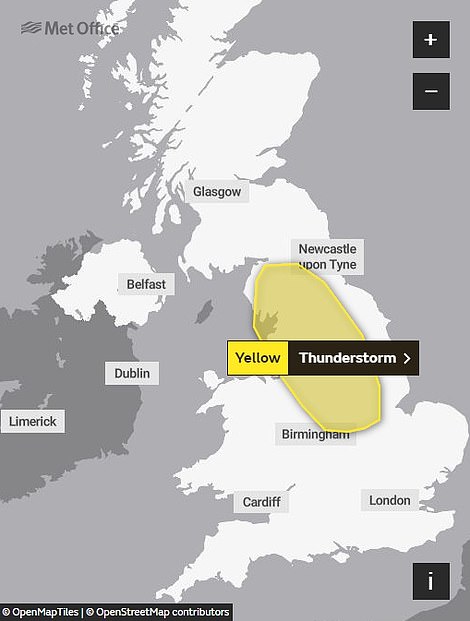 The Met Office has issued a thunderstorm warning from 1pm

‘There will be very heavy rain with the risk of flash floods, as well as thunder and lightning. The thunderstorms will hit almost all of the country, and there will be sudden heavy downpours.

‘From Wednesday onwards it will be much cooler and the temperatures will stay in the mid-teens which is about average for this time of year.

‘Towards the end of the week it will be very unsettled, with lots of wind and heavy showers. There could be 50 to 60mph winds at the weekend, which could lead to a named storm.’

Millions of Britons vacated cities and towns to head to the seaside over the Easter bank holiday. Around 750,000 holidaymakers visited Cornwall while 300,000 went to Brighton beach.

Meanwhile supermarkets saw a BBQ rush as people made the most of the sunshine. Asda sold close to 750,000 burgers and 350,000 sausages, and Sainsbury’s said it’s ice lolly sales had squadrupled. 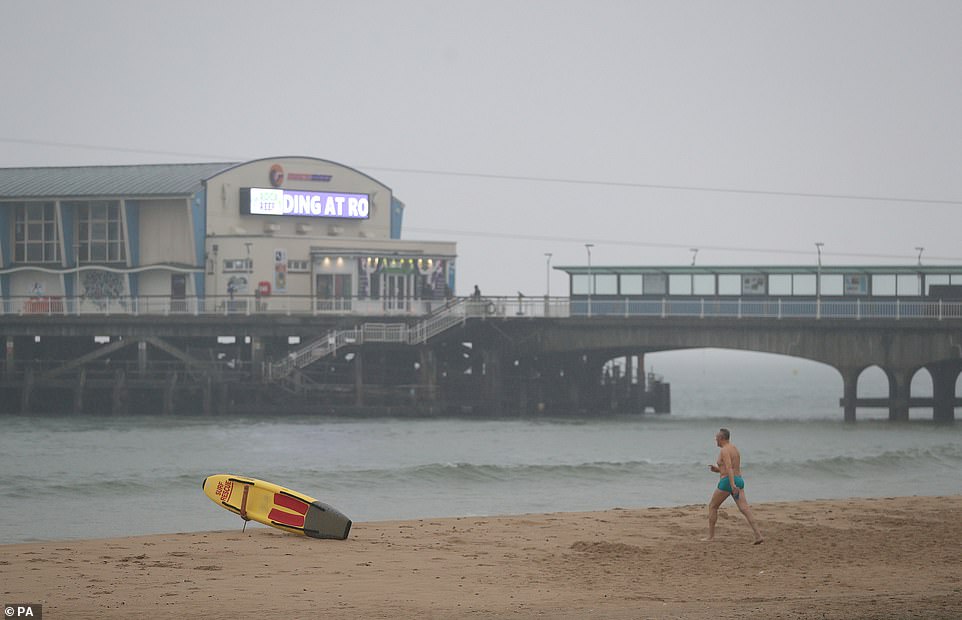 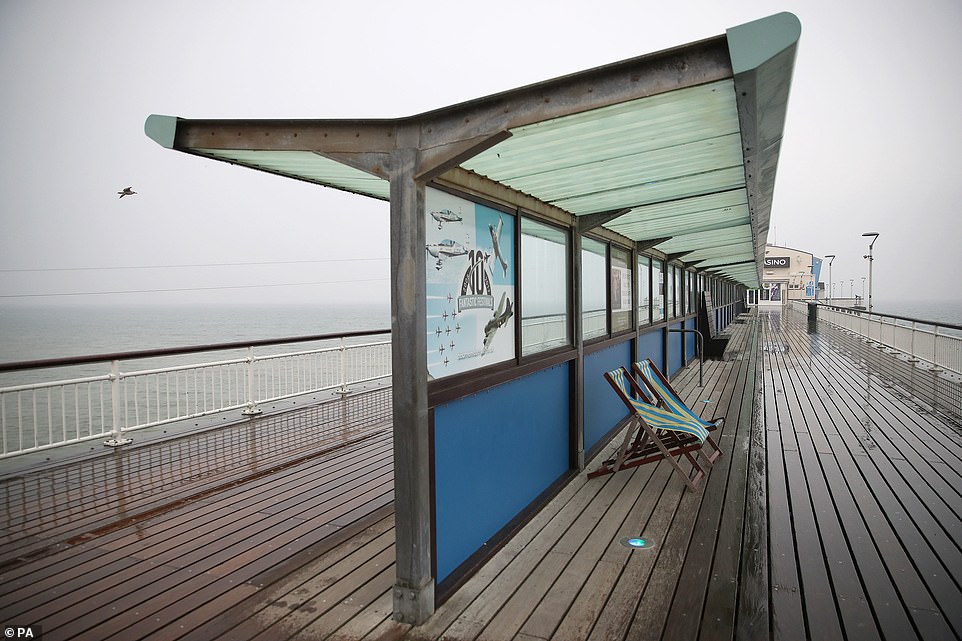 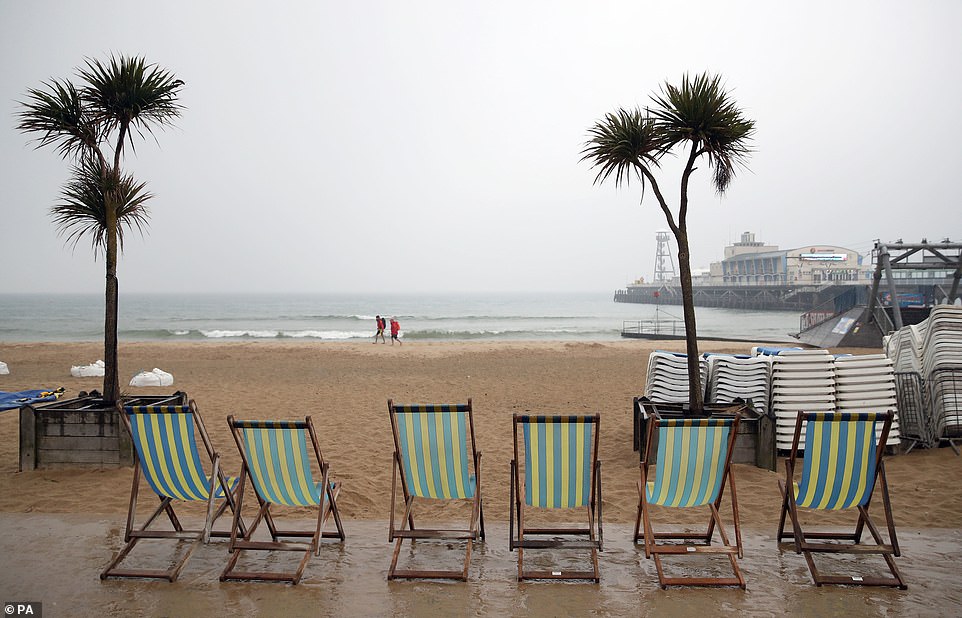 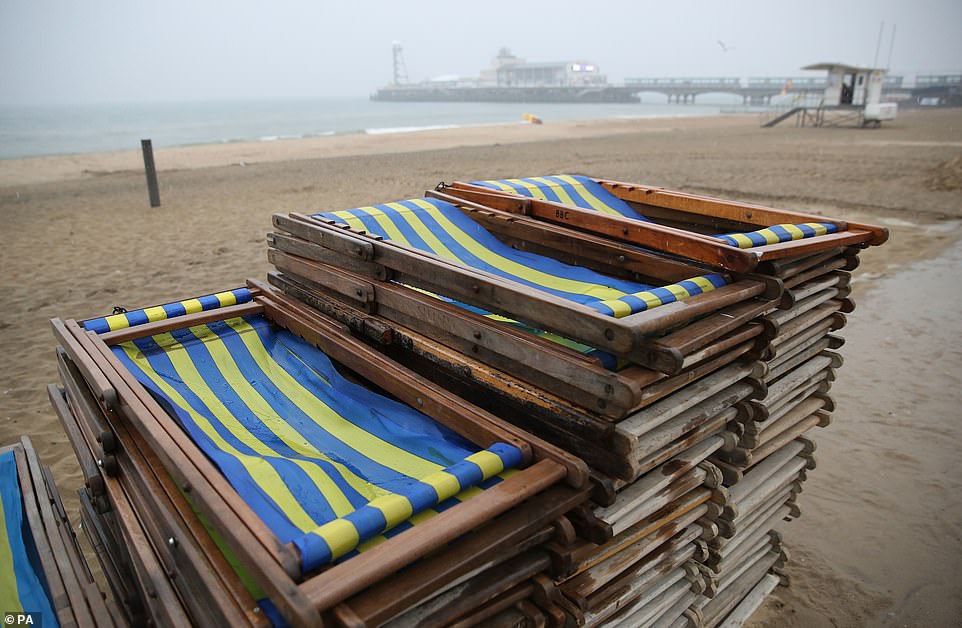