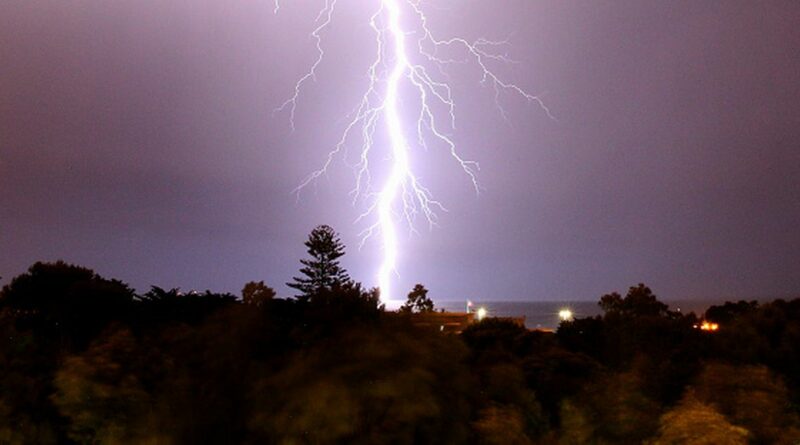 The UK has sweltered under several days of heatwave, which has seen parts of the country grapple with wildfires.

Now a change in weather is imminent with the Met Office predicting thunderstorms over this week, bringing the unbearably hot weather to an end.

Though there will be rain, the thunderstorms are expected to bring more danger than relief after the heatwave.

Met Office forecaster Dan Stroud explained that the "rain from really intense downpours will be unable to soak into the baked ground quickly", which he added can result surface run-offs and flooding.

Here's what you need to know about what causes thunder and lightning.

What causes thunder and lightning?

Thunderstorms are caused by instability in the atmosphere, when warm air exists underneath much colder air, according to the Met Office.

The water droplets will then combine to create larger droplets, which then freeze to form ice crystals, which start falling as hail once they become too heavy.

As this hail moves within the clouds, it picks up a negative charge by rubbing against smaller positively charged ice crystals.

This negative charge is concentrated at the bottom of the cloud, while lighter ice crystals remain at the top of the cloud creating positive charge.

The negative charge is attracted to the Earth's surface and other clouds and objects.. When the attraction becomes too strong, the negative and positive charges comes together to balance the difference.

This causes a flash of light, which is lightning. The rapid expansion and heating of air caused by the lightning produces a loud accompanying sound, which we hear as a clap of thunder.

If we watch the sky during a thunderstorm, you'll see the lightning first and then hear the thunder. This is because light travels faster than sound to reach us.

Where do thunderstorms form? It is estimated that a lightning strike hits somewhere on the Earth's surface approximately 44 times every second. This means that thunderstorms are quite a common occurrence on Earth.

As they are caused by intense heating of the Earth's surface, thunderstorms are most common in areas around the world where the weather is hot and humid.

In the UK thunderstorms are most common over the East Midlands and the South East.