‘Please guys be safe while doing the WAP’: Cardi B tells fans to twerk safely to her hit song after TikTok users injure themselves with one fan taken to hospital on a stretcher

Fans of Cardi B’s smash hit song WAP have been injuring themselves trying to dance along to moves in videos posted on TikTok.

The raunchy song, released on August 7 and featuring Megan Thee Stallion, went straight to number one on the Billboard Hot 100 songs chart.

It drew 93 million U.S. streams in the week ending August 13, according to the latest figures – the most for any track ever in its first week of release.

Admirers of the music have taken to creating their own choreographed sets – sometimes with unexpected results. 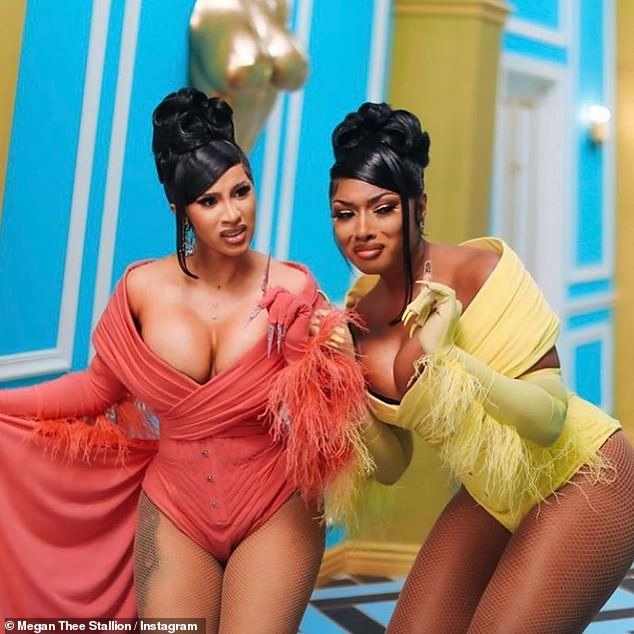 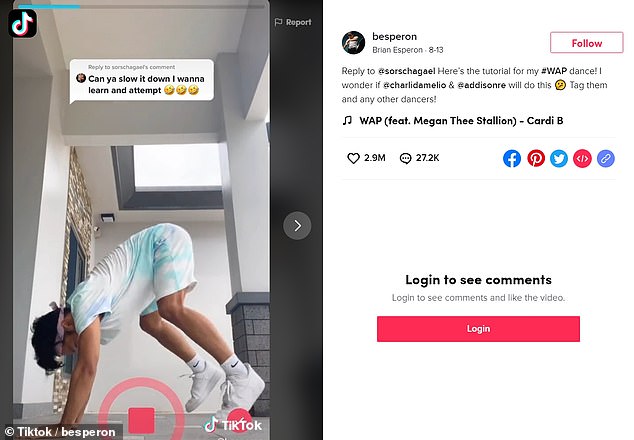 Brian Esperon created a routine to the song, which has been viewed 15 million times

One dancer, Brian Esperon, from Guam, devised an energetic, high-kicking routine which was viewed 15 million times and ‘liked’ 2.9 million times.

‘You’re not going to be able to wear a skirt for at least a week because your legs will be covered in bruises,’ one girl warned, saying she also suffered a pinched neck from her WAP dance disaster.

Another TikTok user, Lib, posted footage of herself attempting to do Esperon’s routine on a lawn.

Collapsing on the ground, she showed her knee badly twisted, and EMTs stretchering her away. 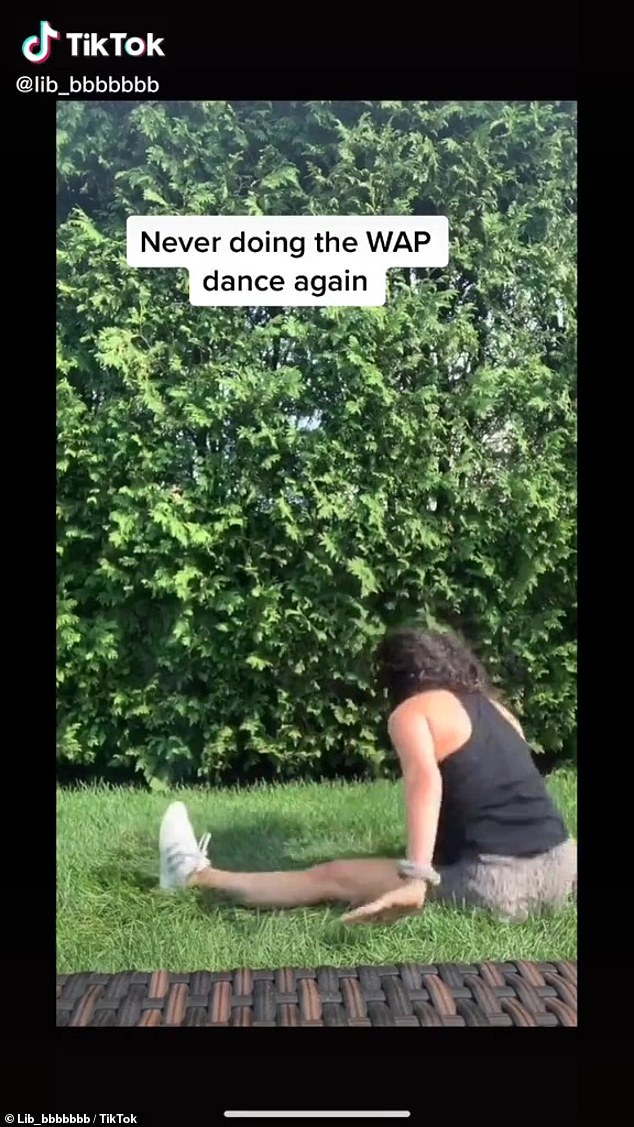 One TikTok user, Lib, showed herself attempting Esperon’s dance and injuring herself 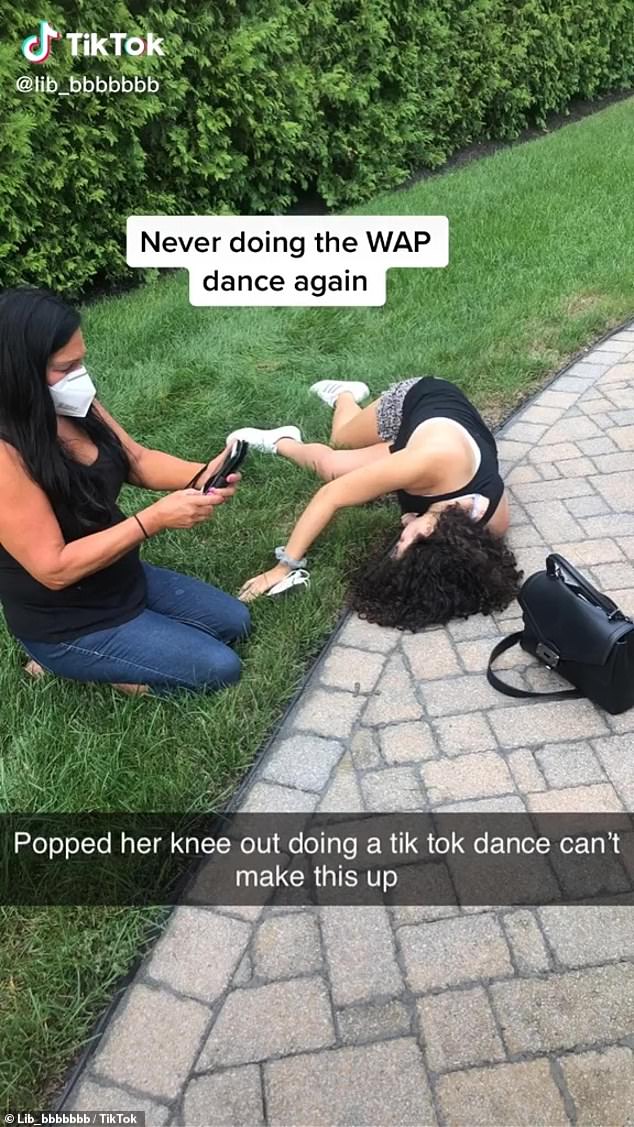 Lib said she ‘popped her knee out’ following Esperon’s moves – noting: ‘can’t make this up’ 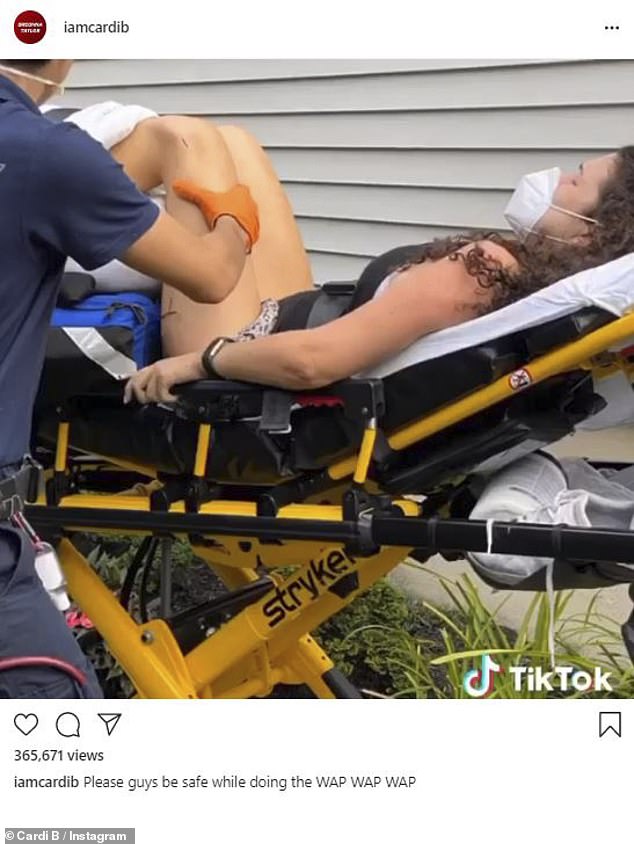 Cardi B herself then responded, commenting: ‘Please guys be safe while doing the WAP’

She then showed herself in hospital, with fluids attached to her arm and her knee in a brace.

‘#fail #dancegonewrong,’ she captioned the clip.

Cardi B posted a screenshot of Lib’s injury, writing: ‘Please guys be safe while doing the WAP WAP WAP.’

Esperon asked his followers if any others had suffered injuries.

‘I hurt my back doing it,’ wrote user emily.chavezz of her failed stunt simulation.

Another said, ‘Yes I had to pop my knee back into place. I’ll try again later.’

Another user, emilylharris, said: ‘I had to wear a knee brace when I did it but I still almost dislocated it again.

‘I can feel this just looking at it.’ 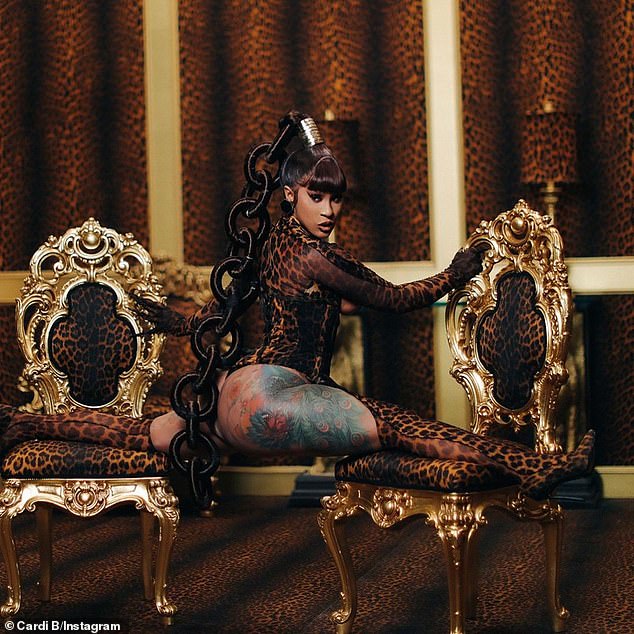