A MAN has been jailed for life for strangling his girlfriend's eight-month-old baby to death – just weeks after abusing his own newborn daughter.

Tobin Phillips, 24, was found guilty in August of the first-degree murder "with the special circumstance of torture" of baby Baron Smith by a jury in Kern County, California. 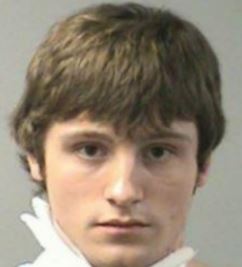 Judge John W. Lua handed down a sentence of life without the possibility of parole.

On January 2, 2017, Phillips was caring for eight-month-old Baron, his girlfriend's son. 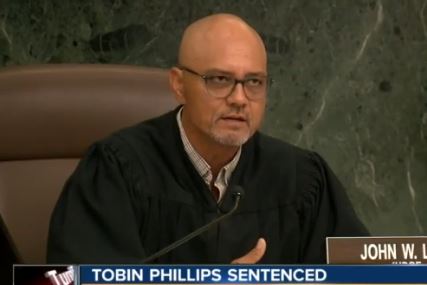 When the child started crying, he put a pillow over his face to quiet him and then sat on the pillow, he told investigators, according to 23 ABC News Bakersfield.

Then he violently shook Baron back and forth, twisted the baby's left nipple, slammed his head into the metal frame of a futon, and then strangled him to death, the jury found. 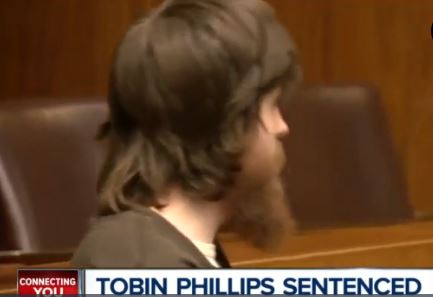 Police arrived at the home to find the baby dead and took Phillips into custody. He pleaded not guilty but was convictedby a jury.

Phillips had been charged with felony child abuse in a different state just months before the murder. 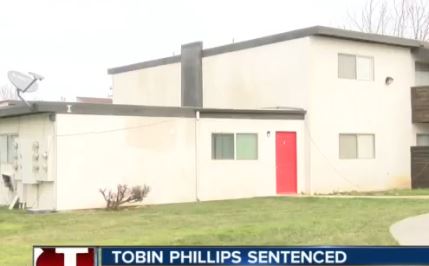 According to the Whitman County, Washington prosecutor, Phillips was caring for a three-week-old girl when he tried to swing her in his arms to keep her from crying – and hit her head against a door. He claimed it was an accident.

Following his arraignment, Phillips was ordered not to leave the state of Washington.

But he fled to Tehachapi, California, where he moved in with his girlfriend and her two children, including his future victim Baron Smith, the Mojave Desert News reports.