Grayson Chrisley, the son of Todd and Julie Chrisley, was hospitalized after a car accident in Nashville, Tennessee, earlier this month. The Chrisleys are known for “Chrisley Knows Best,” a reality show that followed the for the past nine years, along with its various spinoffs.

The accident occurred on November 12, when a driver who was at a complete stop on I-65N felt the impact of another car hit him from behind. The driver of the second car was 16-year-old Chrisley, according to a report from Metropolitan Nashville Police Department, obtained by CBS News.

The driver of the first vehicle suffered injuries but refused to be transported by ambulance at the time of the accident. Chrisley was “unable to recall anything from the accident, possibly due to a head injury,” according to the department. He was transported to the hospital by ambulance.

Both vehicles were towed and there was heavy standstill traffic on I-65N. Although the crash happened more than a week ago, the accident did not make headlines until this week, when TMZ first reported on it. 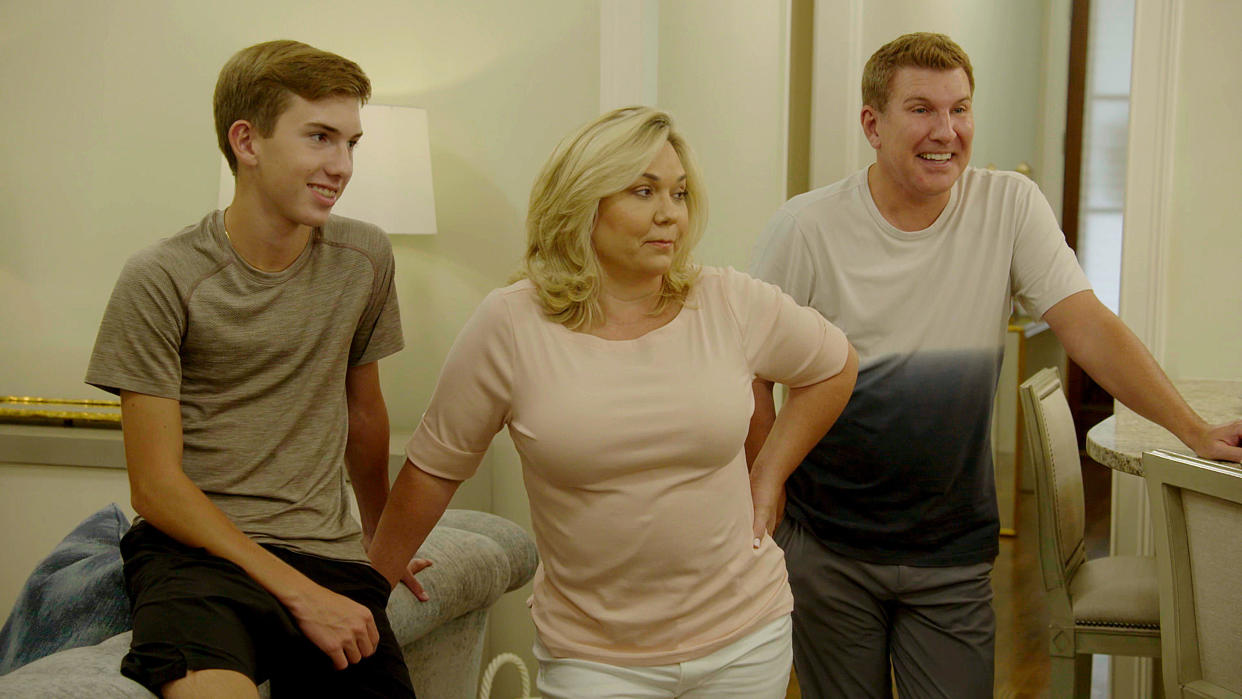 The accident comes as the teen’s parents are awaiting sentencing after being convicted of fraud and tax evasion earlier this year.

In a sentencing memorandum released earlier this month, federal prosecutors suggested Todd Chrisley receive 17.5 to nearly 22 years in prison, and Julie Chrisley be sentenced to 10 to 12.5 years in prison. The sentencing hearing started on Monday and is expected to resume Tuesday.

Prosecutors argued that the Chrisleys deserve a more severe sentence because evidence shows many of their crimes were worse than previously believed. They said the couple “engaged in a lengthy conspiracy to defraud community banks out of tens of millions of dollars.”

Before the couple’s show began in 2014, they conspired to defraud community banks in the Atlanta area to obtain more than $30 million in personal loans, according to U.S. Attorney Ryan K. Buchanan.

The Chrisleys and their former business partner submitted false documents to obtain millions of dollars in fraudulent loans and then spent the money on cars, clothes, real estate and travel. They used new loans to pay back the old ones.

Lask week, the couple’s daughter, Savannah, spoke to Entertainment Tonight about her parents. “This whole legal battle that’s been spread across the news, I have had to deal with it from a child’s perspective,” the 25-year-old said. “I know their hearts and I know the things that they are and are not capable of, and it was just really, really difficult and to not be able to state our truth.”

Todd Chrisley is also father to Kyle and Lindsie Chrisley, from a previous relationship. Todd and Julie Chrisely also share son Chase Chrisley, 26, together, and took in Kyle’s daughter, Chloe, who is now 10 years old.