Hundreds of the insects set upon the three-year-old after they were set loose during efforts to move a hive in Burghfield, Berks,. 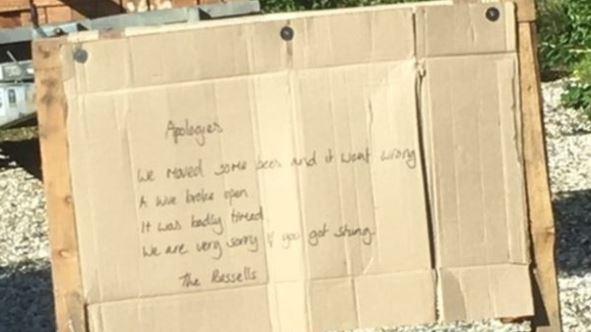 Karen Todd, her husband and their son were all stung as they walked to the village hall, the BBC reports.

They spent five hours in A&E while their son was treated and have now returned home.

Karen said: "The first thing we knew there were bees just flying at us.

"A man dressed in a beekeeper outfit came up and told me to keep walking.

"I could feel my head being stung.

Carla Chappell, who runs the market from the village hall, said they went straight for people outside, forcing them take refuge inside the hall for up to four hours.

A note put up near the village hall read: "A hive broke open…we are very sorry if you got stung."

Ian James of the British Beekeepers Association told the BBC the insects would have lashed out after feeling under attack when their hive was being moved.