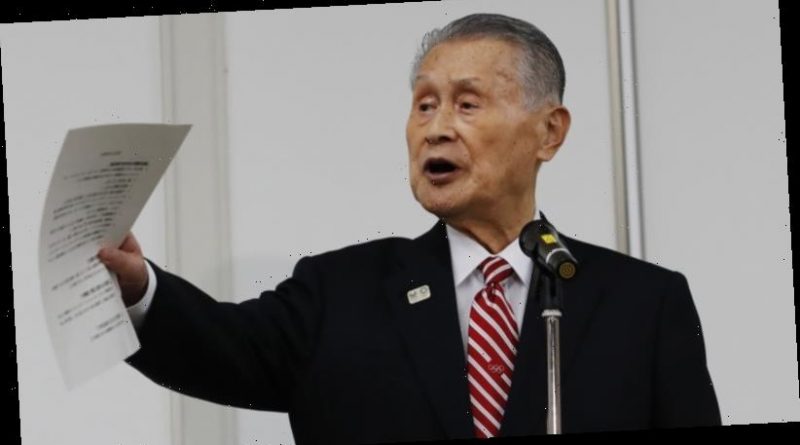 Tokyo: Yoshiro Mori, the president of the Tokyo 2020 Olympics organising committee, will resign over a sexist remark that sparked an outcry, two sources said on Thursday, while the former prime minister said he could not let the controversy drag on.

Mori’s resignation would be bound to raise new doubts over the viability of holding the postponed Games this year. 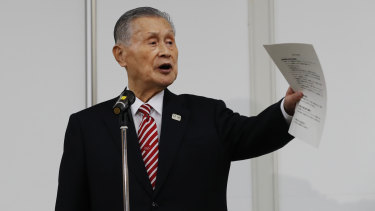 Yoshiro Mori speaking at a news conference in Tokyo on February 4.Credit:Pool photo via AP

The sources, who have knowledge of the matter, said Mori would be replaced by former Japan Football Association president and mayor of the Olympic village, Saburo Kawabuchi.

Kawabuchi, 84, represented Japan in football at the 1964 Tokyo Olympics and helped Japan co-host the 2002 FIFA World Cup with South Korea.

Mori made the sexist remark – that women talk too much – at a Japanese Olympic Committee board meeting early this month, setting off a storm of criticism at home and abroad.

Mori, 83, told Nippon TV he would “explain his thoughts” at a meeting on Friday, but he had to deal with the issue. He did not confirm the reports that he would step down.

“I cannot let this problem prolong any longer,” Mori said, and he again apologised for the remark.

A spokesman for the organising committee declined to comment.

Mori first retracted the comment about women at a hastily called news conference on February 4, acknowledging it was inappropriate and against the Olympic spirit. But he declined, at that time, to resign.

Pressed then on whether he really thought women talked too much, Mori said: “I don’t listen to women that much lately, so I don’t know”.

Mori served as prime minister for a gaffe-plagued year from April 2000.

Olympic and ruling party officials told Reuters this week that Mori’s resignation could imperil the Games.

They said his deep network of politicians and Olympic officials was key to pulling off a successful Games.

But his comment on women drew sharp criticism in Parliament, where opposition legislators demanded his resignation, and from the public on social media.

Mizuho Fukushima, head of the opposition Social Democratic Party, said on Twitter: “This is the result of many, many women raising their voices. Of course, this doesn’t resolve the problem. We need to create a society of gender equality.”

Mori was due to meet his expected successor, Kawabuchi, on Thursday to discuss the handover, one of the sources said.

The 2020 Tokyo Games were postponed for a year because of the novel coronavirus and the pandemic is still creating huge questions about their viability, even though the government has said it is determined the July 23-August 8 Games go ahead. 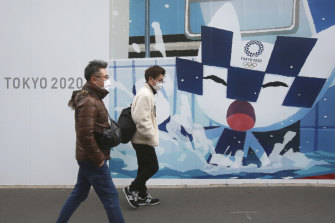 People walk by posters promoting the Olympic and Paralympic Games in Tokyo.Credit:AP

But the coronavirus has proven to be the biggest threat.

Nearly 80 per cent of the public are opposed to holding the Games this year because of concern about the coronavirus, recent polls show.

Prime Minister Yoshihide Suga has said coronavirus vaccines are key to a safe Olympics, saying on Wednesday the vaccination drive would begin in the middle of next week.

Japan’s vaccination campaign is later than in most major economies and any delay could sow doubts about a government aim to secure enough doses for everyone before the Olympics.