Bruce Arians surprised the NFL world on Wednesday night when he announced his retirement.

Arians is moving into the Tampa Bay Buccaneers’ front office as a senior football consultant, and will be replaced by defensive coordinator Todd Bowles.

Naturally, the announcement drew plenty of reaction from the NFL world on social media — both congratulating Arians on his retirement and praising Bowles, who will get his second shot as a head coach in the league after his first stint with the New York Jets.

Quarterback Tom Brady led the way with a lengthy Instagram post dedicated to Arians. His former coach responded in the comments, with a whisky glass following his “Thanks brotha” reply.

Others around the sports world quickly followed suit with tributes and even a few jokes of their own. 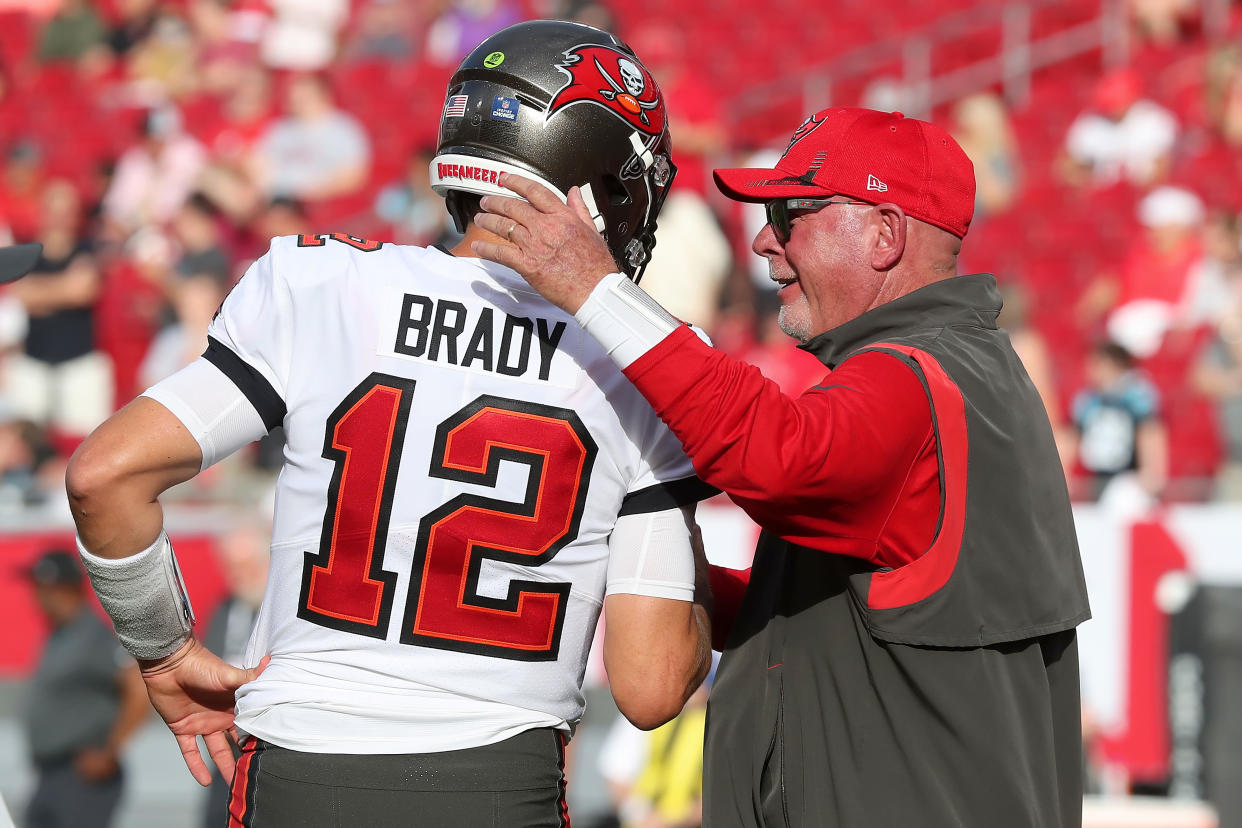