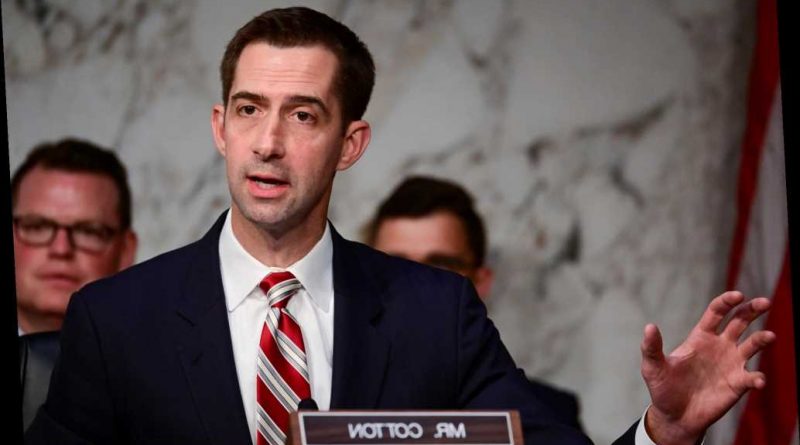 US bans imports of goods produced using slavery in China

​Republican Sen. Tom Cotton, a longtime backer of President Trump, broke with some of his GOP colleagues in the House and Senate, saying he will not contest the Electoral College results when Congress meets to certify them this week.

Cotton said the effort spearheaded by Sens. Ted Cruz of Texas and Josh Hawley of Missouri in the Senate and Rep. Mo Brooks in the House would set an “unwise precedent” and exceed their authority under the US Constitution.

“Under the Constitution and federal law, Congress’s power is limited to counting electoral votes submitted by the states,” he continued. “If Congress purported to overturn the results of the Electoral College, it would not only exceed that power, but also establish unwise precedents.”

A joint-session of Congress will convene on Wednesday to certify the results that gave President-elect Joe Biden 306 electoral votes to President Trump’s 232.

Challenging the Electoral College results to tip the election to Trump would strip the power of the people to elect the president and place that power in the “hands of whichever party controls Congress,” Cotton, of Arkansas, said.

Due to concern about irregularities in the election stemming from “relaxed standards” for mail-in voting, Cotton said he would support appointing a congressional commission to examine the election, as Cruz and his group of Republicans have called for, “to protect the integrity of our elections.”

He said he is “grateful” for what Trump has accomplished during his four years in the White House, but “objecting to certified electoral votes won’t give him a second term – it will only embolden those Democrats who want to erode further our system of constitutional government.”