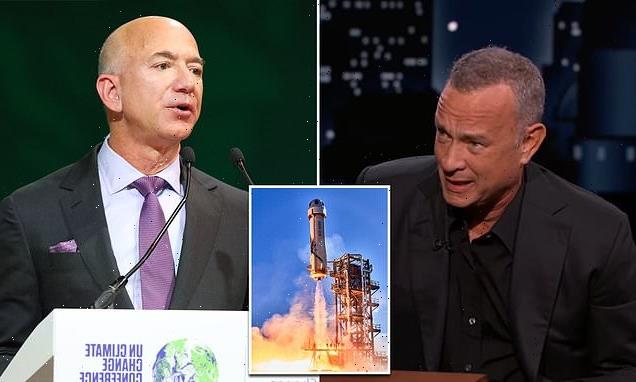 Tom Hanks admitted Jeff Bezos invited him to go to space for a cool $28million before imitating the short flight on Jimmy Kimmel’s couch.

Hanks, 65, didn’t seem too worried that he missed the excited 10 minute and 17 second ride in a phallic-shaped rocket ship Blue Origin after turning down 57-year-old Amazon CEO Jeff Bezos’ offer.

The offer eventually went to William Shatner – best known for his role as Captain James T. Kirk on Star Trek – who did not pay to go on the ride, according to the Wall Street Journal. The 90-year-old became the oldest person to go to space.

The Toy Story actor didn’t seem too impressed by the billionaire’s space travel offer at such a high price,

‘Well yeah, provided I pay,’ he told Jimmy Kimmel on his show yesterday. ‘And you know, it cost like 28million bucks for something like that. I’m doing good, Jimmy, I’m doing good.

‘I’m not paying 28 bucks- you know what, we could simulate the experience of going to space right here. It’s about a 12-minute flight…is that about it?’ 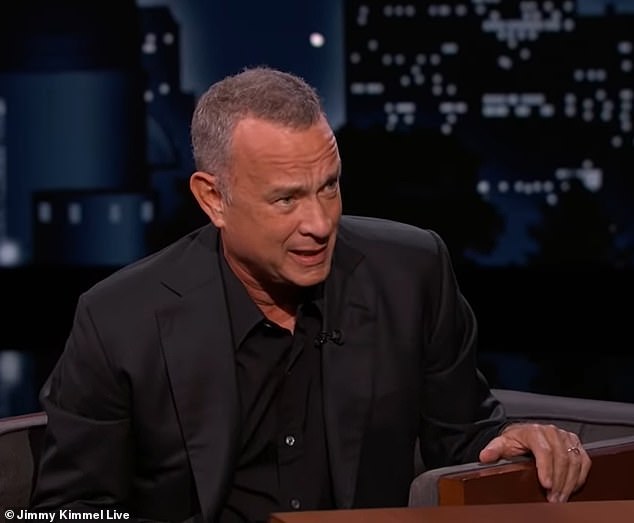 Tom Hanks, 65, wasn’t too upset that he missed Amazon CEO Jeff Bezos’ second human flight to space. He told late-night talk show host Jimmy Kimmel yesterday that he was ‘good’ without paying the steep $28million price tag for a ride on Bezos’ spacecraft 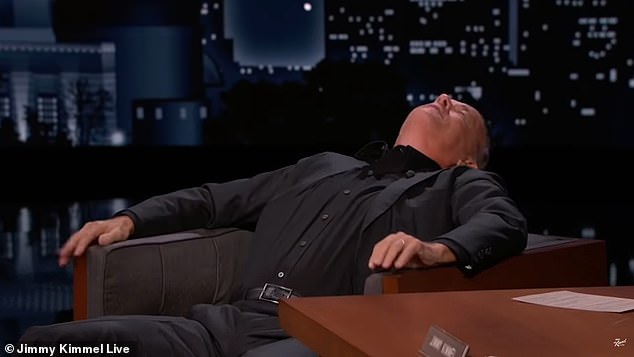 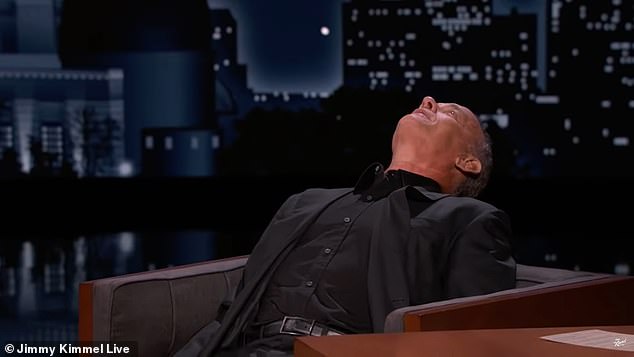 Hanks proceeded to lay back against the chair and grunted while shaking his body to simulate take-off.

‘I don’t need to spend 28million bucks to do that.’

When Kimmel asked if the star would travel to space for free, Hanks admitted he’d simulate it ‘on occasion.’

‘I’d do it on occasion to experience the joy of pretending I’m a billionaire.’ 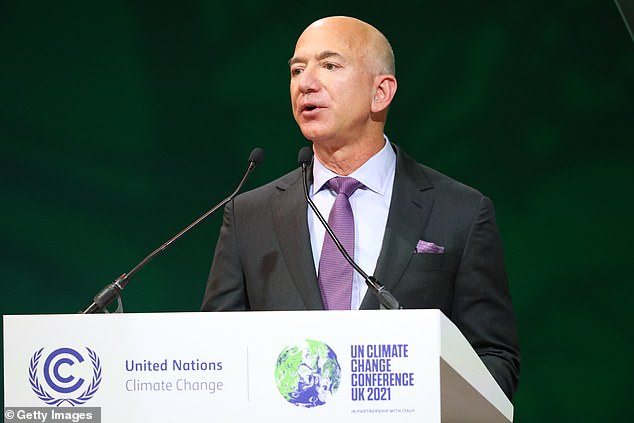 Bezos, 57, made his first trip to space in mid-July, becoming a part of the first all-civilian, unpiloted crew 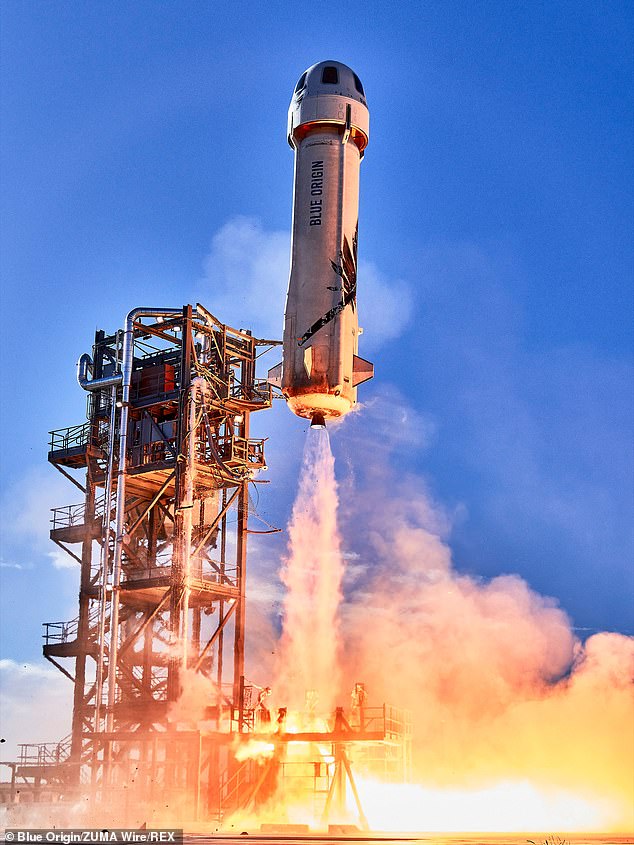 The pair also discussed Hank’s new role as an astronaut in Apple TV’s upcoming work Finch, where he plays a robotics engineer who has survived a ‘cataclysmic solar event’ and has to ensure the safety of his dog after he’s gone by creating a robot to do just that.

The movie star is no stranger to challenging new roles.

The actor, who has played the role of airplane pilot Sully making an emergency landing on water and family-favorite Forrest Gump, is taking on a new challenge as a radio show host. 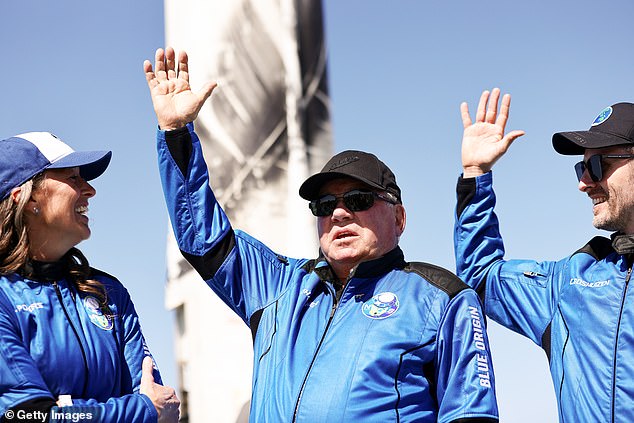 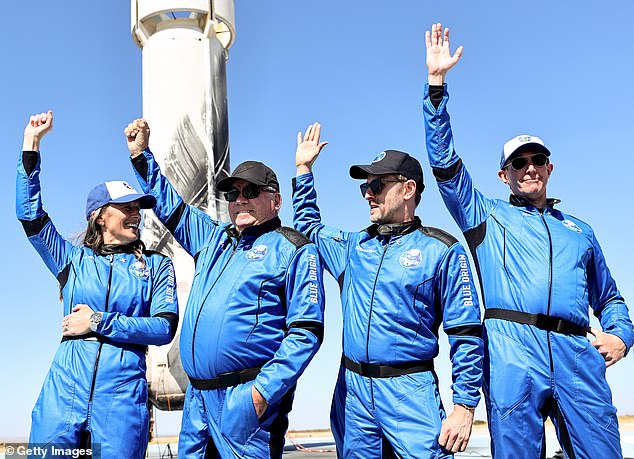 Shatner (pictured second left) reportedly did not have to pay a cool $28million for the flight like Hank’s was offered, but rather went on the excursion for free

The actor told Kimmel he will be hosting a show on Boss Radio 66, which Hanks described as ‘stuff from the 60s that you’ve never heard before.’

Hanks has already hosted several shows for the radio, including one for his 66th birthday.

Hanks might have opted out of the space flight extravaganza for a cheaper (and free) version of the excursion on his couch, but Bezos – alongside his brother, an 18-year-old from the Netherlands, and 82-year-old aviation pioneer Wally Funk took off on the first all-civilian flight in mid-July.

Shatner, who replaced Hanks, flew to space on Bezos’ rocket on October 13, Blue Origin’s second human flight. The second flight on the New Shephard spacecraft lasted a little over 10 minutes.

Bezos, who is worth $193billion, became a part of the first all-civilian, unpiloted crew in July and has since announced he plans to open a commercial space station called Orbital Reef by the end of the decade.

Orbital Reef will be able to host 10 people at a time and will have a ‘space hotel,’ as well as be an ideal place for ‘film-making in microgravity’ and be able to ‘conducting cutting-edge research.’