Coastguard have issued a safety warning after a tombstoner was almost killed diving into the sea in front of shocked beachgoers.

The man suffered spinal injuries after leaping from a six-foot sea wall into shallow water in front of a group of friends at Weymouth beach in Dorset.

He appeared to land on his head and was unconscious when he surfaced causing onlookers to rush to his aid.

Part of the beach was cleared to allow the air ambulance helicopter to land and the casualty was stretchered aboard. 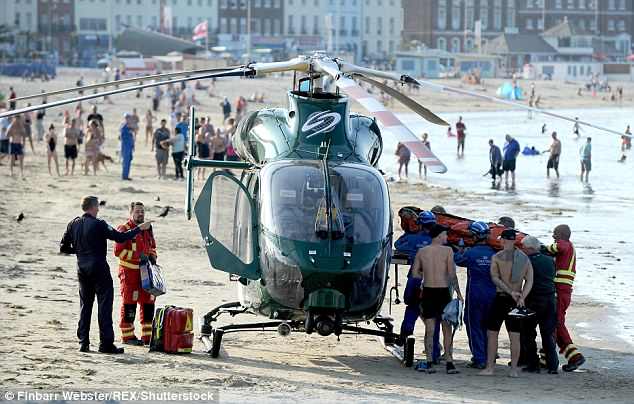 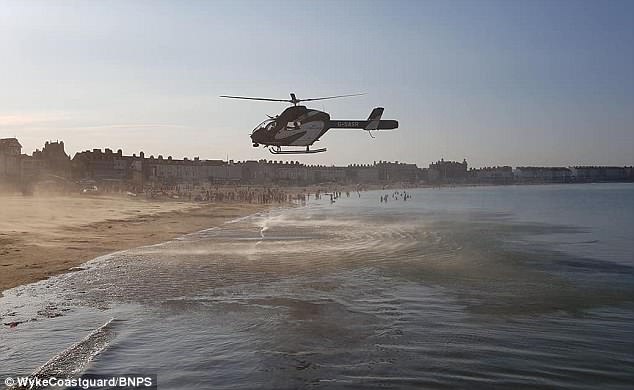 Eye-witness Vicky Briggs said the man who jumped was in his early 20s and was cheered on by his friends.

She said: ‘A little while before he jumped we saw a group of lads come out of Weymouth Pavilion.

‘They were cheering and obviously in high spirits and clearly drunk. I would say they were all roughly early 20s.

‘The tide was out so far out in the distance in the sea people weren’t even up to their knees but where they were so far out it looked like they should have been in deep water.

‘The guy obviously misjudged how shallow it was. He jumped by the pavilion off the wall but little kids were out much further then that and the water wasn’t even up to their waist.

‘Where he jumped it was very shallow and a paramedic told me he landed on his head.’

Retired housewife Estelle Toms added: ‘They were shouting and goading each other into jumping so you could tell something was going to happen.

‘It must have been a 10ft drop and I doubt there would have been 4ft of water at the time.’

An onlooker, who called 999, said: ‘We were sitting on the beach when we witnessed a guy dive off the wall by the pavilion into the shallow water.

‘When he jumped head first he landed on his head and for a second was on top of the water. 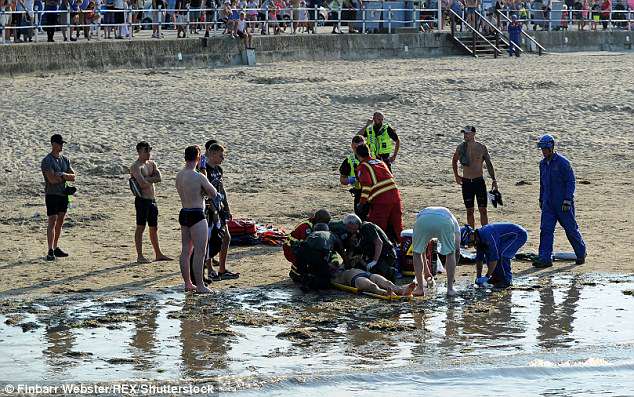 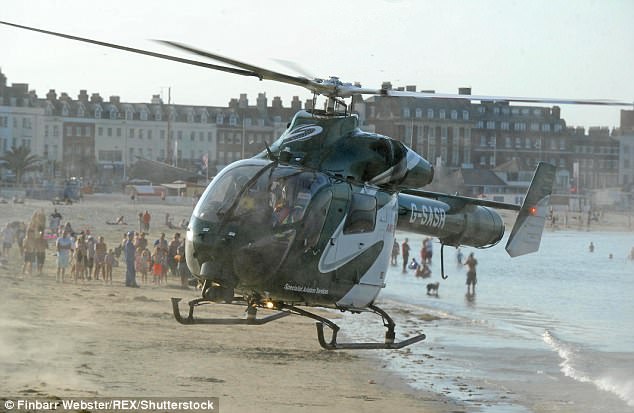 The helicopter on the beach after the man, said to be in his 20s, was injured in Weymouth

‘People near by helped him onto the beach where I called an ambulance.

‘They assessed him and he then had to be airlifted to hospital in Southampton with suspected neck and back injuries.

‘People need to be aware that the water is shallow and people should not dive in.’

The incident took place at about 6.30pm yesterday in front of a packed beach on one of the hottest days of the year as temperatures reached 86F (30C). 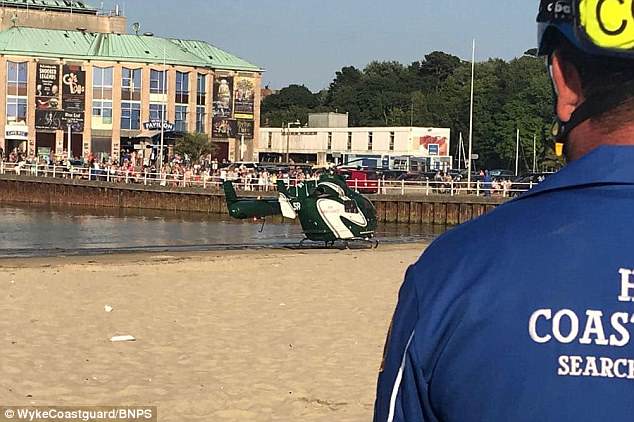 A spokesperson for Wyke Coastguard said: ‘We were paged to reports of an unconscious male pulled from the sea.

‘He was treated as a precaution for spinal injuries after entering the water from the sea wall adjacent to the Weymouth Pavilion.

‘Jumping from any height into water can and does end with individuals sustaining life changing injuries or worse.

‘The depth of water changes with the tide even over a short space of time. Objects hidden beneath the surface can and do move with the forces of both waves and tide.

‘Our simple message is please enjoy the outstanding weather sensibly. We wish the casualty a speedy recovery.’

A South Western Ambulance spokesperson said: ‘We were called to a patient with head and chest injuries.

‘The male patient was taken by air ambulance to Southampton General Hospital.’ 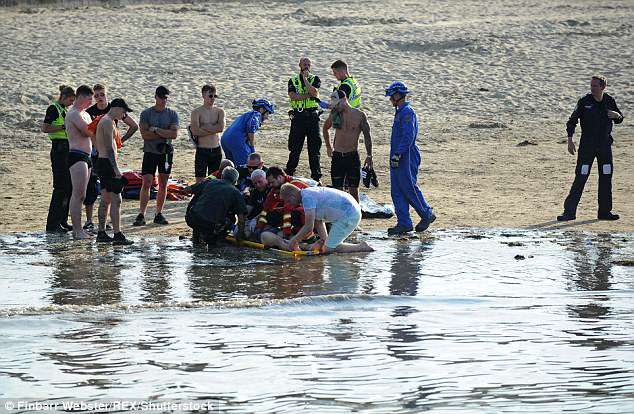 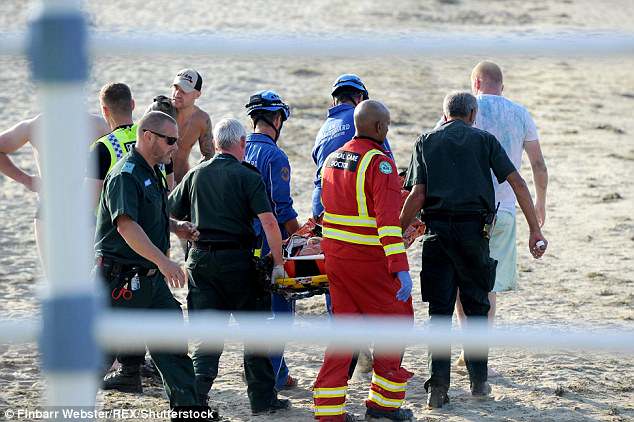