Home » World News » Too slow! Boxer dog pranks owner by offering paw and taking it away

Too slow! Boxer dog repeatedly pranks its owner by offering its paw and then taking it away at the last second

This is the hilarious moment a boxer plays a classic schoolboy prank on its owner by repeatedly offering a fake handshake.

Well-trained Dexter keeps offering his paw to Lauren Kennedy but then pulls it back every time she goes to shake.

The one-year-old boxer adds to the comedy by looking very unimpressed by Lauren’s efforts to interact, and he instead fixates on the television.

Lauren, 24, from Cambuslang, South Lanarkshire, couldn’t help but giggler her way through the clip which she uploaded to social media.

The short video shows Dexter sitting upright on the couch, looking away from the camera.

He then offers to put his paw out, to offer a handshake, but instead of shaking Lauren’s hand, he cheekily pulls his paw back away from her. 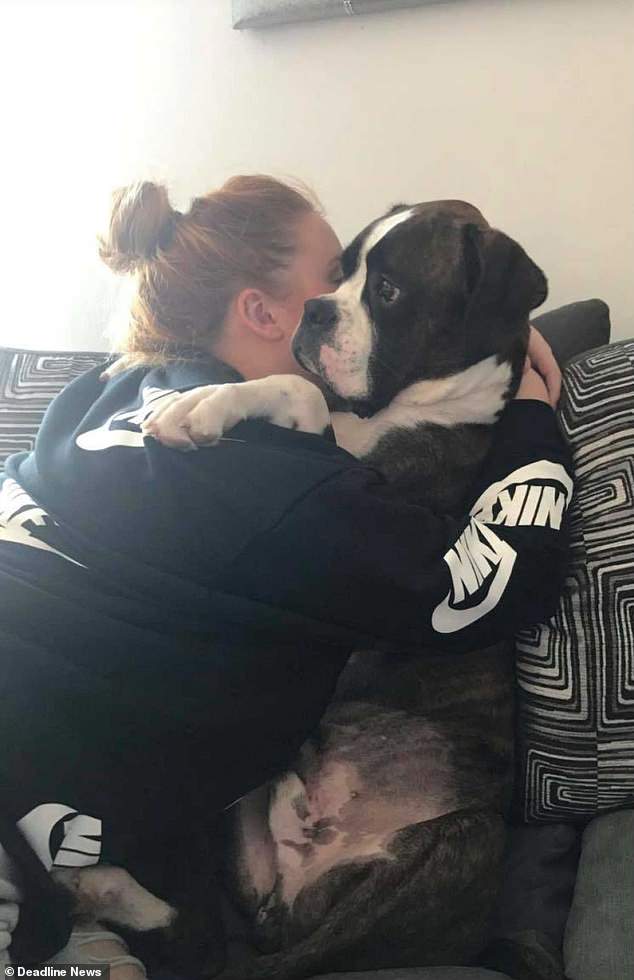 Lauren, 24, from Cambuslang, South Lanarkshire, said the mischievous boxer plays little pranks on her all the time

She then decides to try again, but the exact same thing happens again.

Mischievous Dexter continues to make a fool of Lauren by not shaking her hand.

Lauren can also be heard giggling throughout the video as Dexter seems to be getting the better of her.

The clip ends with Dexter still ignoring his owner.

Insurance worker Lauren says this is not the first time Dexter has played little pranks with her as he’s always been a little mischievous. 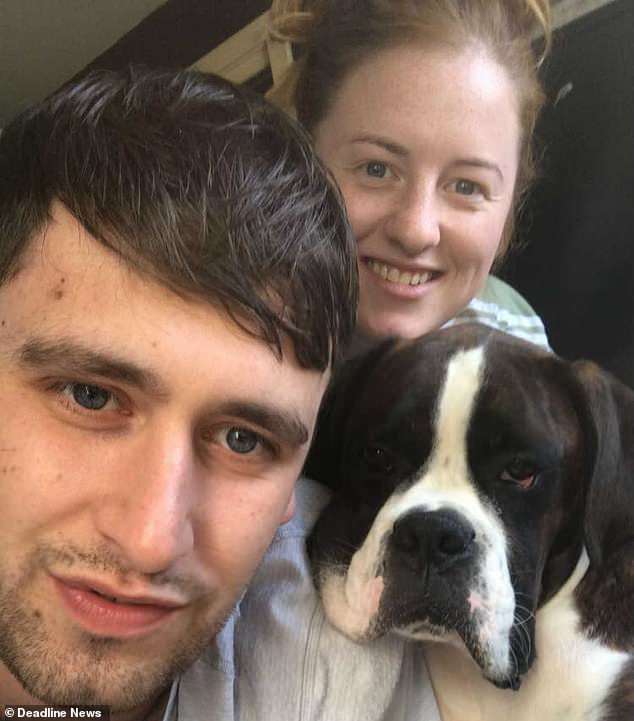 She said: ‘He does it quite often he’s hilarious. He always wants you to try take his toys off him but then he doesn’t let you get them he just runs around you in circles.

‘He stares right through you when you’re eating but when ye turn around to check him he looks away as if he never was looking then does this on repeat.’

Asked whether Dexter could become an internet sensation, Lauren seems positive that he will as he definitely not camera shy.

She added: ‘Yeah he might, I think it’s so funny. I constantly take pictures and videos of him.’