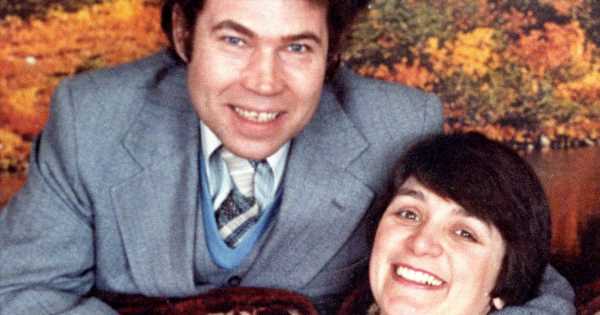 The detective in charge of the original Fred West investigation has told how missing teenager Mary Bastholm haunted their work from the beginning.

Former DSI John Bennett, of Gloucestershire police, was the man given the daunting task of piecing together Fred and Rose West’s decades of evil as the bodies began to pile up at 25 Cromwell Street in 1994, Mirror reports.

But in his 2005 memoir on the dreadful case, the now-retired detective revealed Mary was in their thoughts from the moment Fred first appeared in court as he had covered her disappearance as a junior cop decades earlier.

Mary, 15, vanished on January 6, 1968, while waiting for a bus in Gloucester and no trace of her was ever found.

This week detectives have been digging up a cafe she used to work at in hope of finding her body after a new tip-off.

Little did young frogman Bennett, who searched for her in the freezing waterways of Gloucester realise, but he would come face to face with her suspected killer Fred West years later.

And it is a theory he did not discount during the investigation – the problem was getting evidence.

Co-authored by BBC journalist Graham Gardner his memoir gives a blow-by-blow account of the investigation from Bennett’s perspective.

In it he painted a picture of Mary as an innocent girl snatched cruelly from life.

“It soon became apparent that this pretty girl, who measured around 5ft 3in, was slim with blond, shoulder length hair and came from a well-respected local family, was just a normal teenager of the time," the book explains.

“She had the occasional under-age drink with friends of her age and often went to the local Pop In cafe …but otherwise she did what her parents asked her.

“She was thrifty and spent her pocket money on make-up and stockings. There was no reason for her to go missing that night and every reason for not to.”

At the time DCI Bennett had little doubt Fred was involved but Fred refused to admit to it so the team set about trying to force his hand.