Law enforcement chiefs in the Interior Ministry ruled that the unnamed commander brought “shame” on the force by hiring the dancer for uniformed detectives under her command. 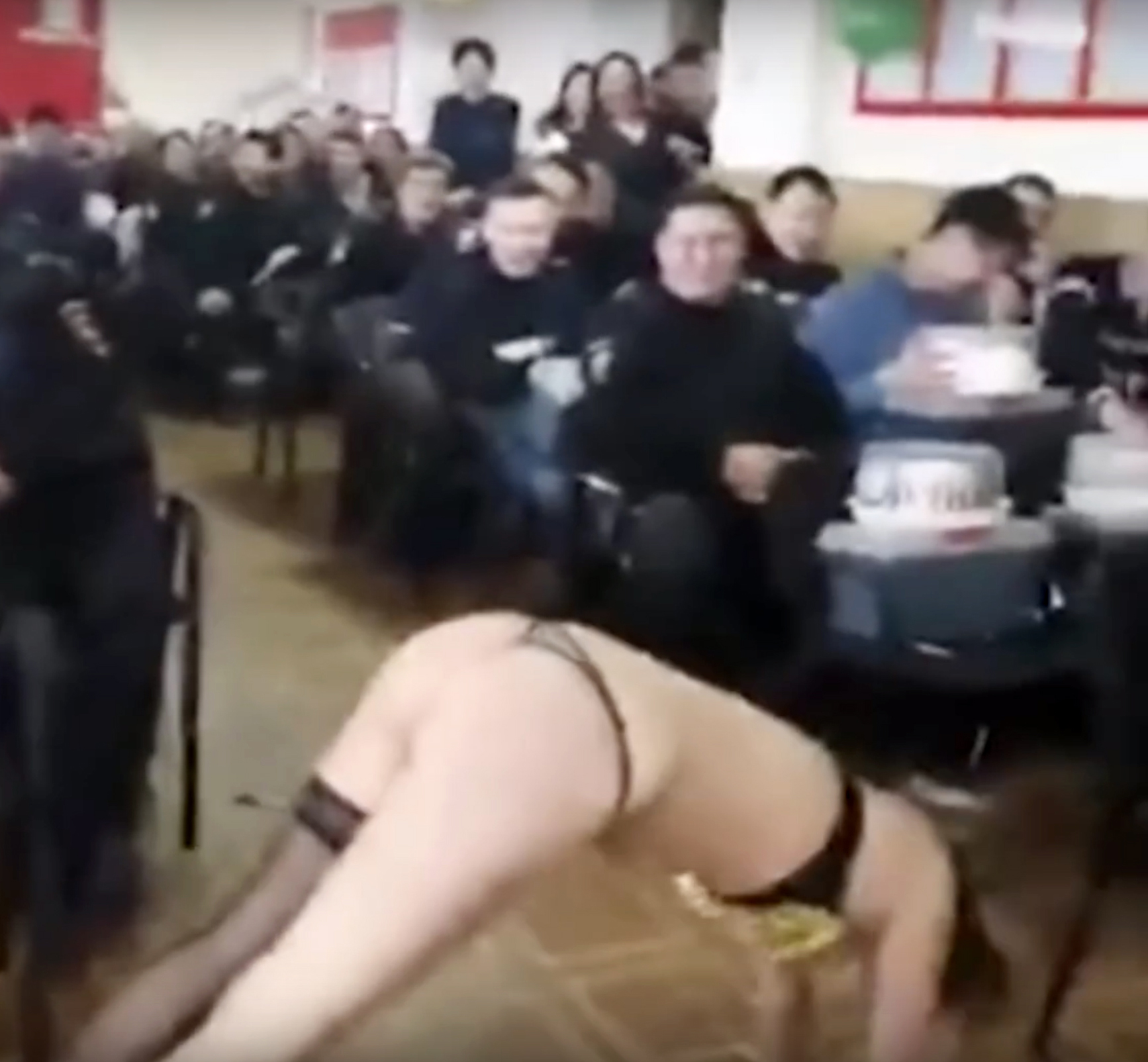 A video of the stripper clad in lingerie went viral and within 24 hours the senior officer was axed.

One source said: "The senior officer only wanted to provide some harmless fun for the policemen."

Footage of a lingerie-clad dancer at a party in Ulan-Ude city was leaked to Instagram.

The video was posted with the caption: “A beautiful slender woman in black underwear and stockings dances in front of police in full uniforms to a well-known British single ‘Stop’ by Sam Brown.

“This is all you need to know about the (police party) for Defender of the Fatherland Day. "

Many Instagram users noted that men at the party – which also included many women officers and police staff – appeared embarrassed or pretended not to pay attention as some ate cake.

One comment read: “The men look awkward, look how they just sit with backs straight and clutch onto their cakes.

“But why do the women laugh and cheer?

“They even shame their male colleagues for being ‘too shy’.”

Another read: “What an absolute disgrace, like the stone age…

“I can imagine the level of their detective skills if they party like this.”

Men's Day dates from Soviet times when it was known as Red Army Day.

The men look awkward, look how they just sit with backs straight and clutch onto their cakes

Now it is officially called Defender of the Fatherland Day, when it is customary for women to offer gifts to the opposite sex.

A statement from law enforcement chiefs said “an internal check in the shortest possible time” found out who invited the striptease dancer.

It said: “The most senior female investigator from the No. 2 Police Department of the Russian Interior Ministry’s Office in Ulan-Ude was fired from police.”

“Strict disciplinary actions will be taken against all these high-ranking local police officials.”

The annual holiday for Defender of the Fatherland Day is held on 23 February.

Ulan-Ude is capital of Buryatia republic, a Buddhist region of Russia on the edge of Lake Baikal. 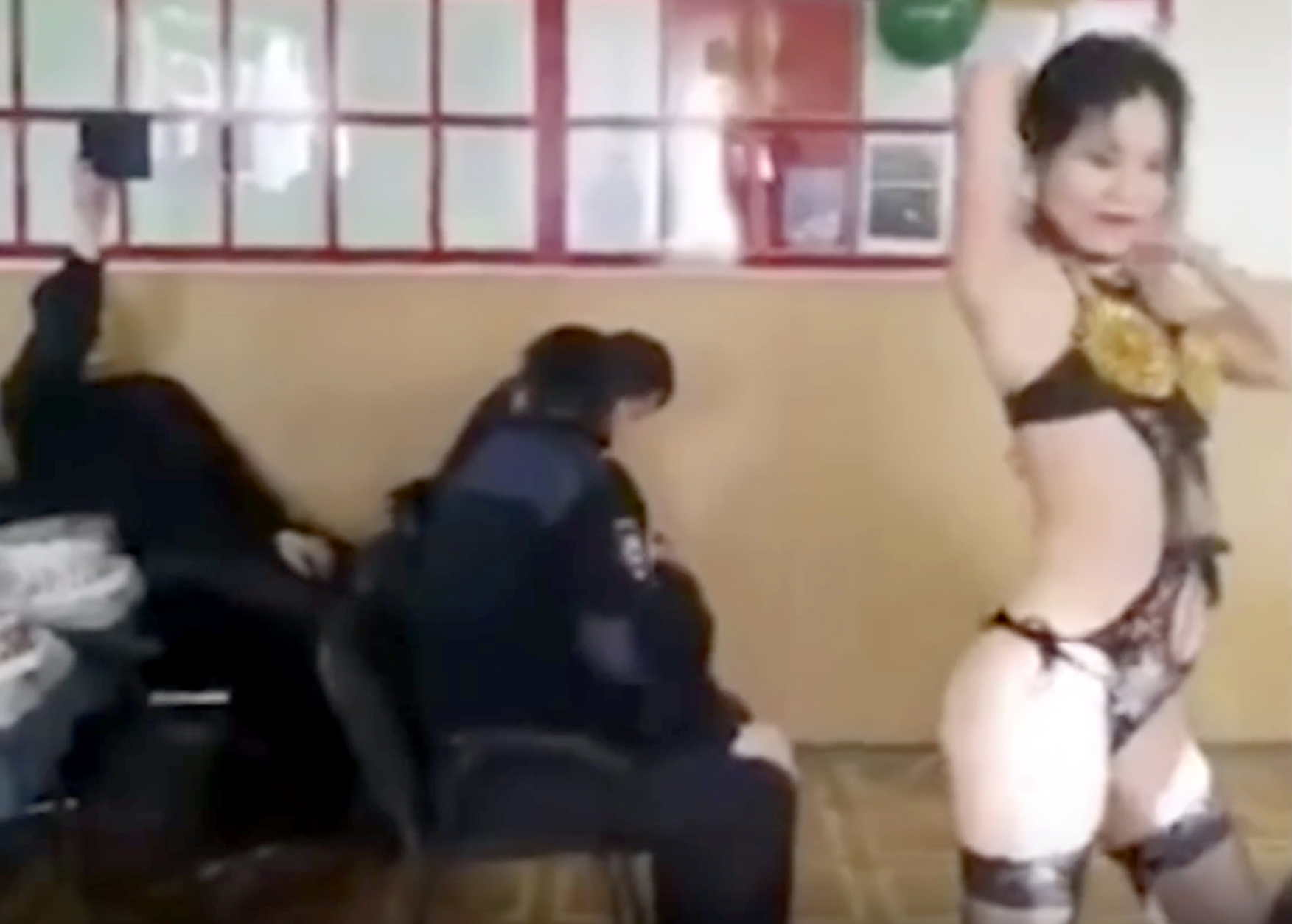 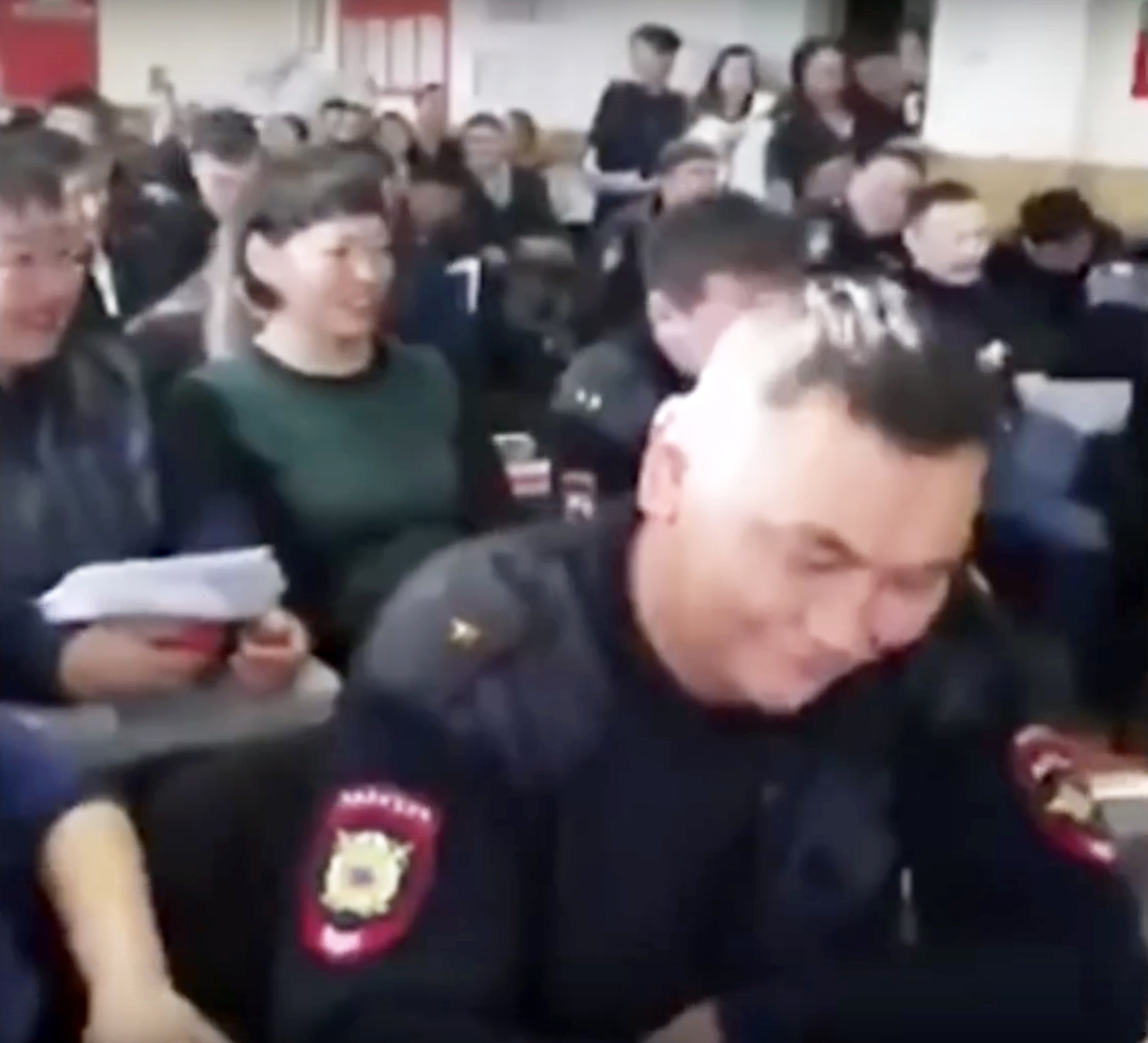 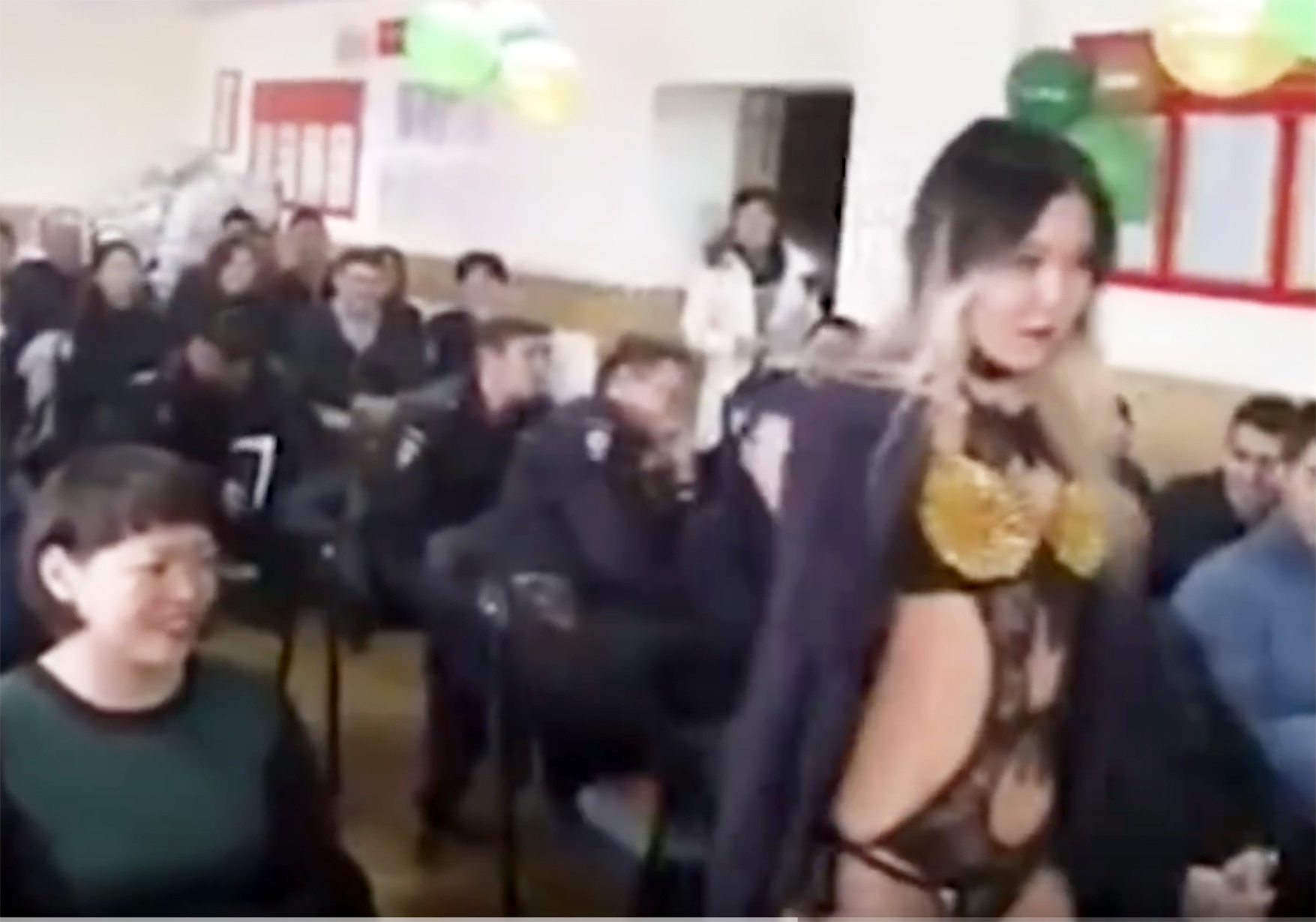 The Wuhan coronavirus has killed more people in 6 weeks than SARS did in 8 months. Here's how the 2 outbreaks compare.