A tormented bear has been rescued from a living hell where she was regularly savaged by dogs.

Kvitka spent most of her eight years in a four-metre square cage being released only for terrifying bear-baiting session where she was chained to a metal poll while dogs harried and attacked her.

Her misery, at an isolated hunting station in Ukraine, was compounded by being kept within ear-shot of the packs of huskies that were bred to attack her for sport.

‘She had a terrible existence and was very thin when we found her. You could see in her eyes that she had nothing to live for,’ said Carsten Hertwig of the Four Paws International charity which rescued Kvitka this week.

‘Her home had been little more than a prison and she suffered repeated injuries in the dog attacks. When she was in her cage, she could hear the dogs barking so it must have been harrowing for her. 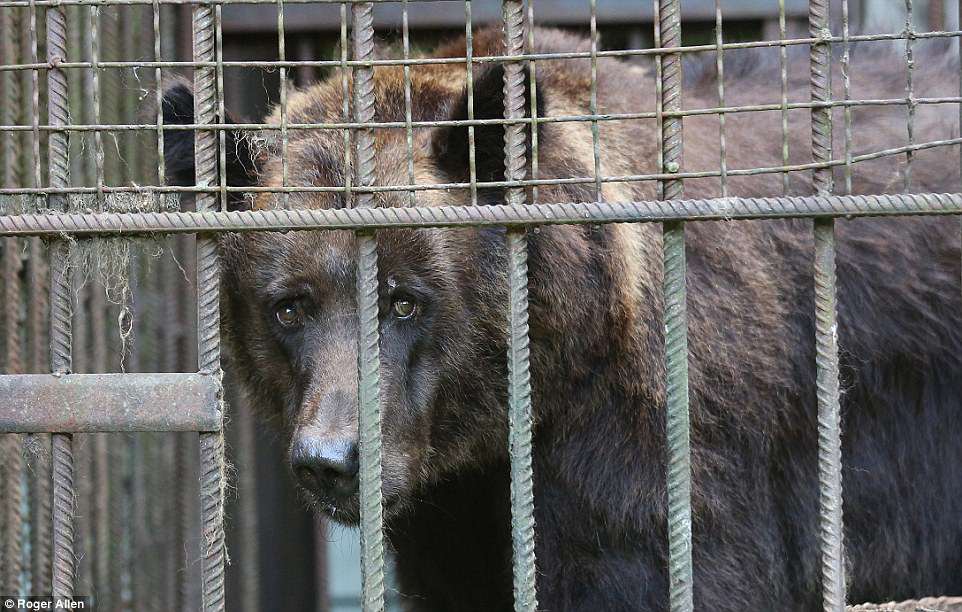 ‘It was just a cage in the middle of a forest. There was nothing for her to do except pace around her small space and wait for her next ordeal.’

Kvitka needed emergency dental treatment for teeth that were broken down to exposed nerves from repeated biting on her metal cage bars and from dueling with snarling dogs.

Vets, who are worried about the dental inflammation spreading and her poor general health, are monitoring her condition round the clock after the release from the cage near Terbovlya, around 300 miles west of the Ukrainian capital Kiev.

She was kept by a rich hunter who ran bear-baiting contests and kept around 30 dogs. He had threatened to send Kvitka to another bear-baiting site or kill her before the charity, based in London, negotiated the release. 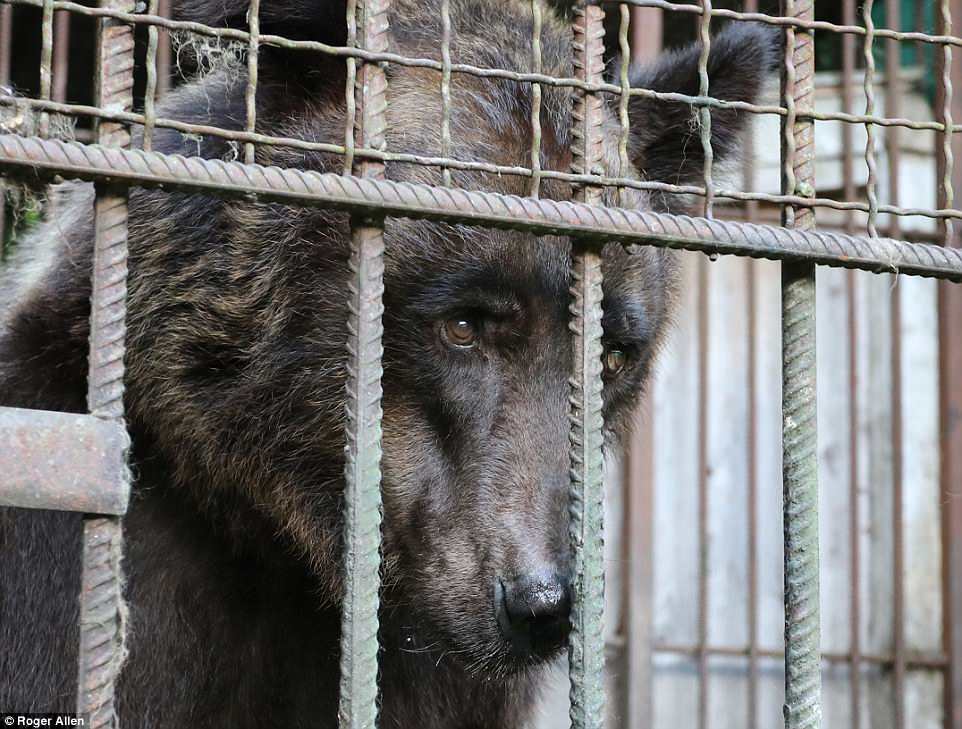 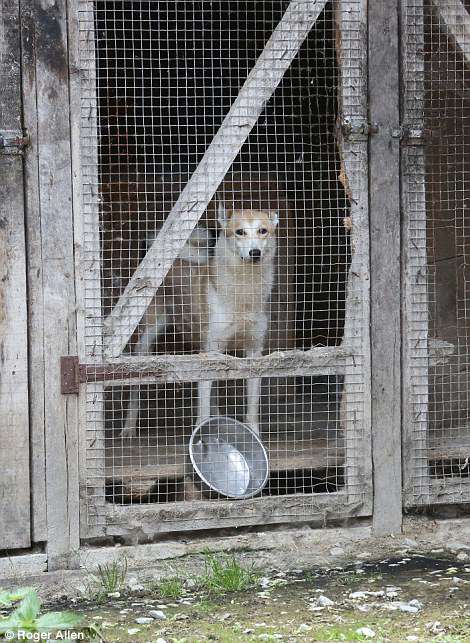 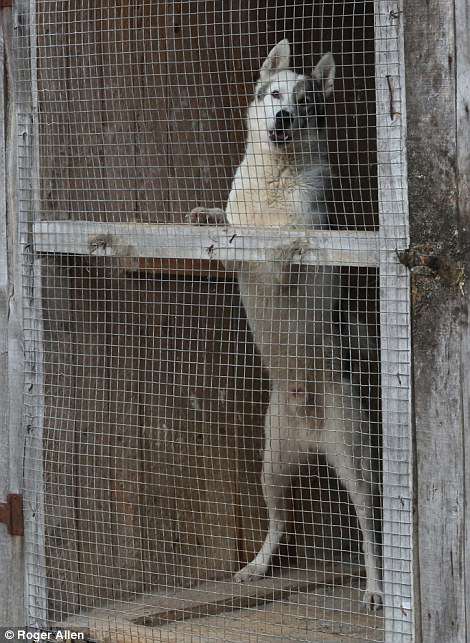 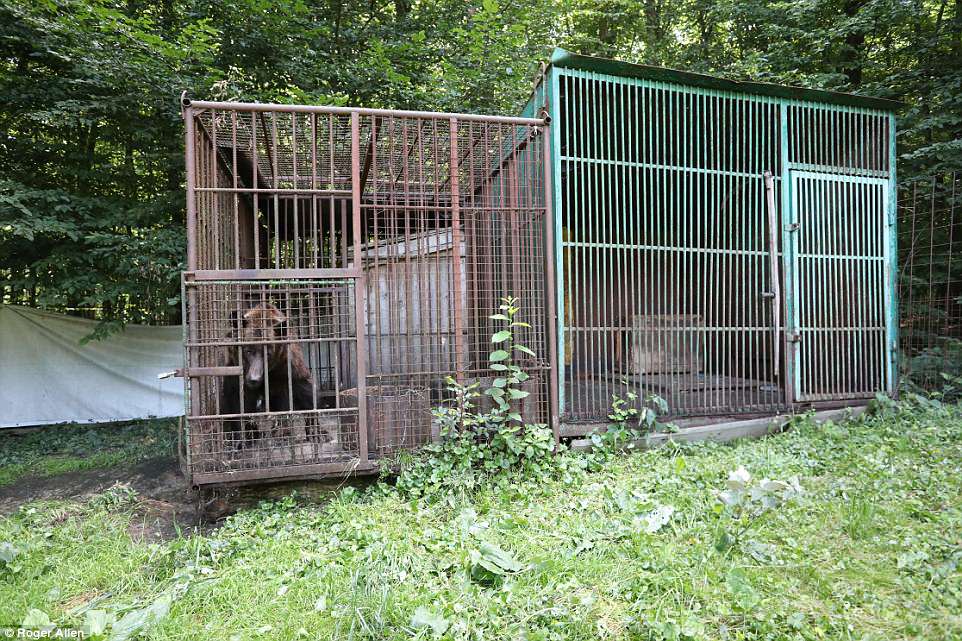 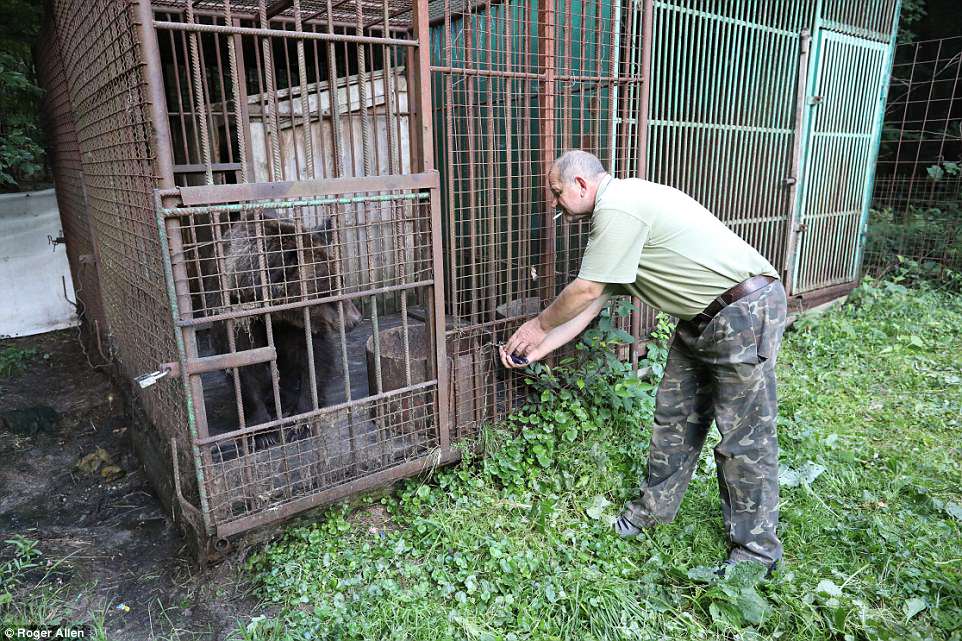 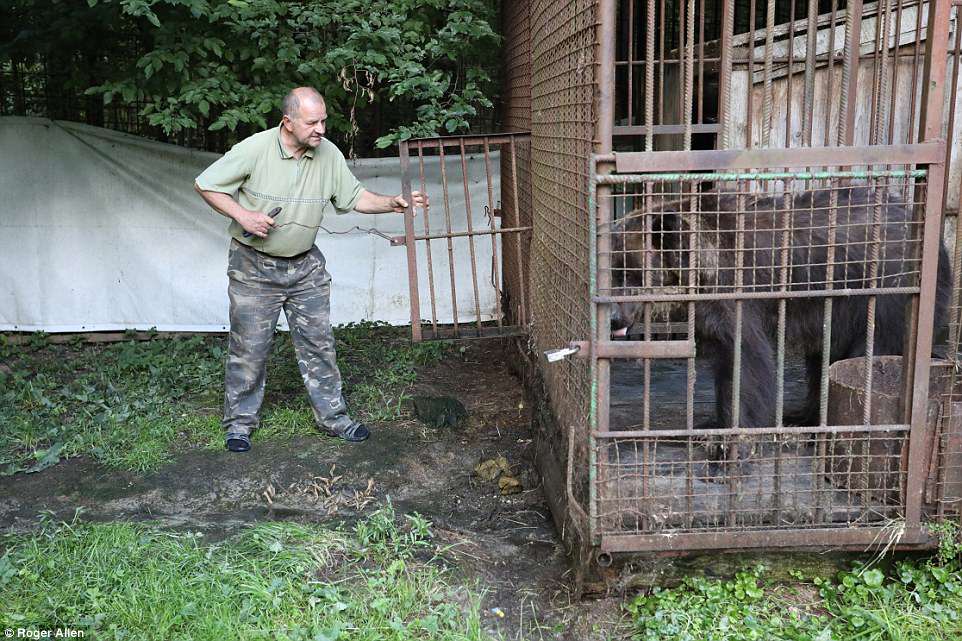 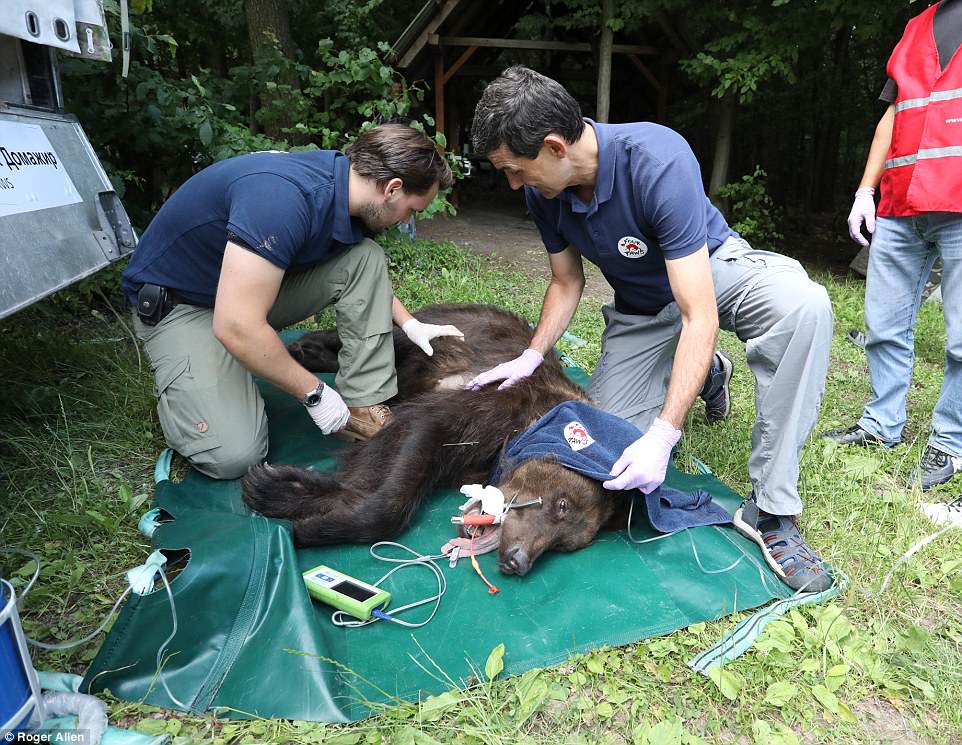 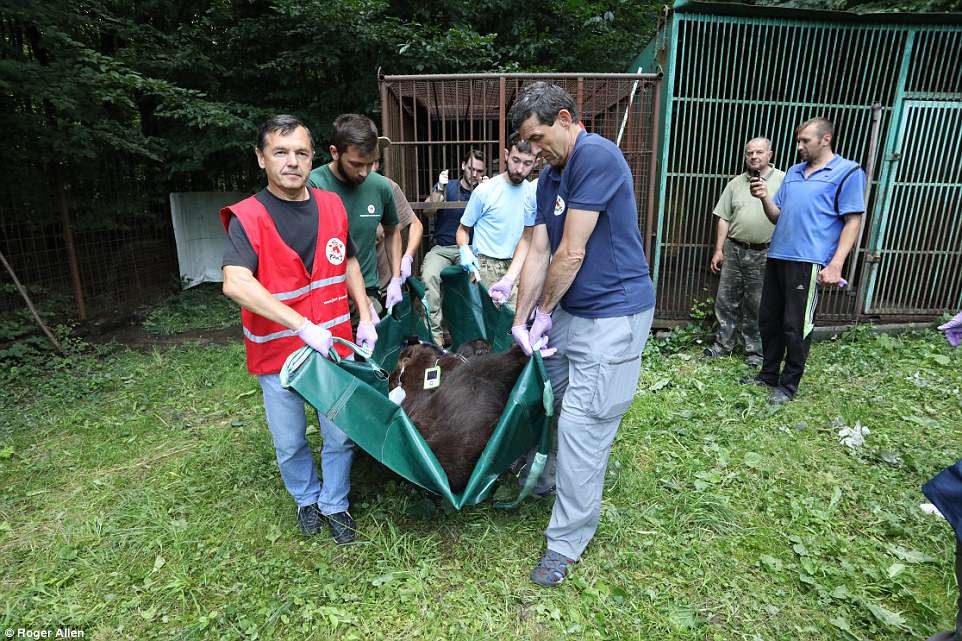 Bear-baiting was popular in England until the 19th century when it was outlawed by the Cruelty to Animals Act 1835.

‘It is horrible to think that bear-baiting still goes on today,’ added Carsten. ‘It was made illegal in 2015 but there are still pockets where it is practiced.

‘But we will not stand by and let it happen. We will track down and release bears from their torture. Kivitka is now recovering and we will nurse her back to health.

‘She can now live a bear’s life; the life she was supposed to live.’

Kvitka was taken to Four Paws’ Ukrainian bear sanctuary at Domazhyr, 180 miles away, at will be released into a huge, protected reserve once her health has improved. 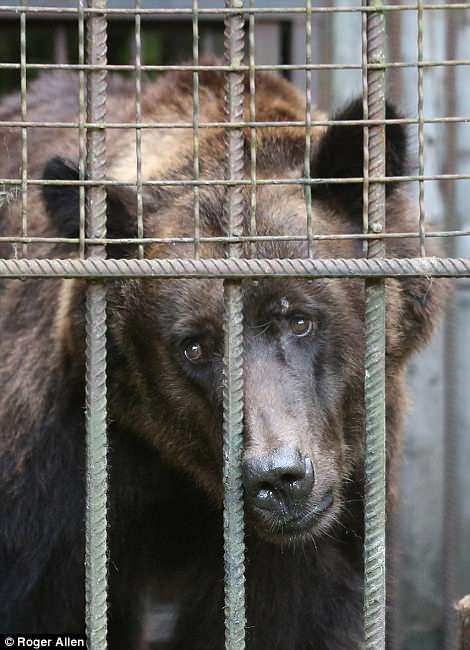 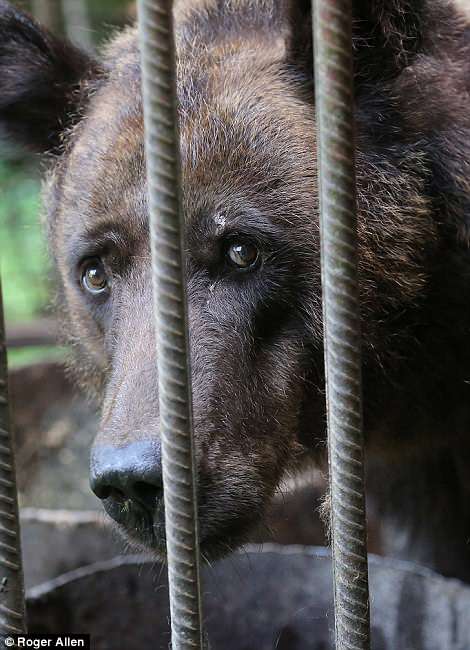 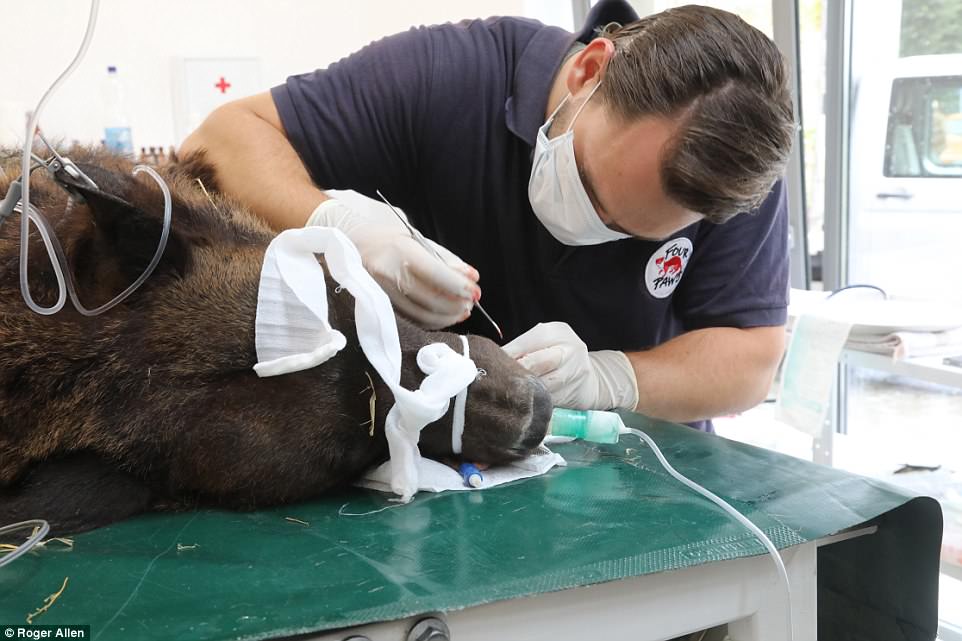 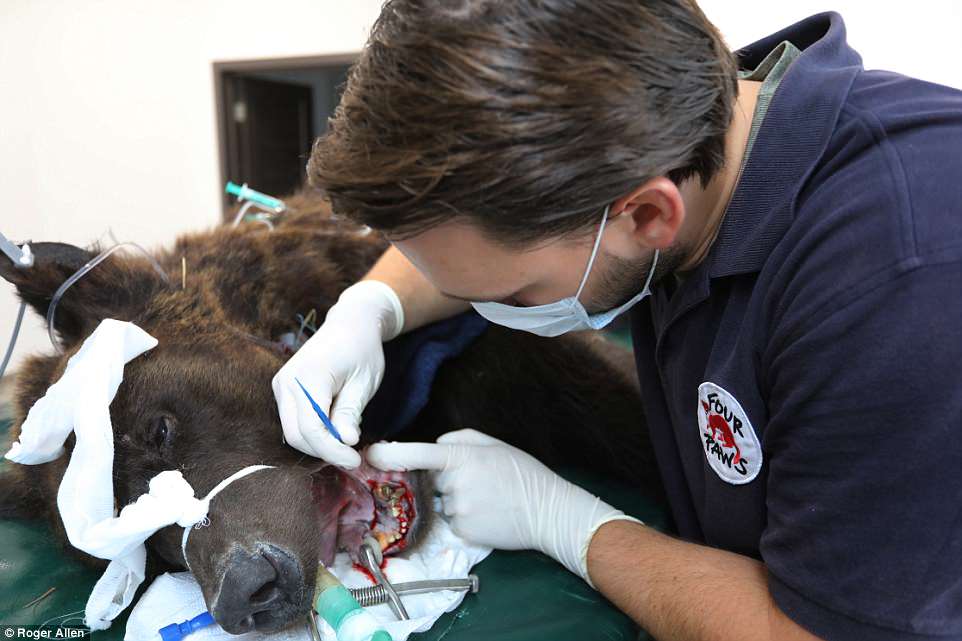 Vets, who are worried about the dental inflammation spreading and her poor general health, are monitoring her condition 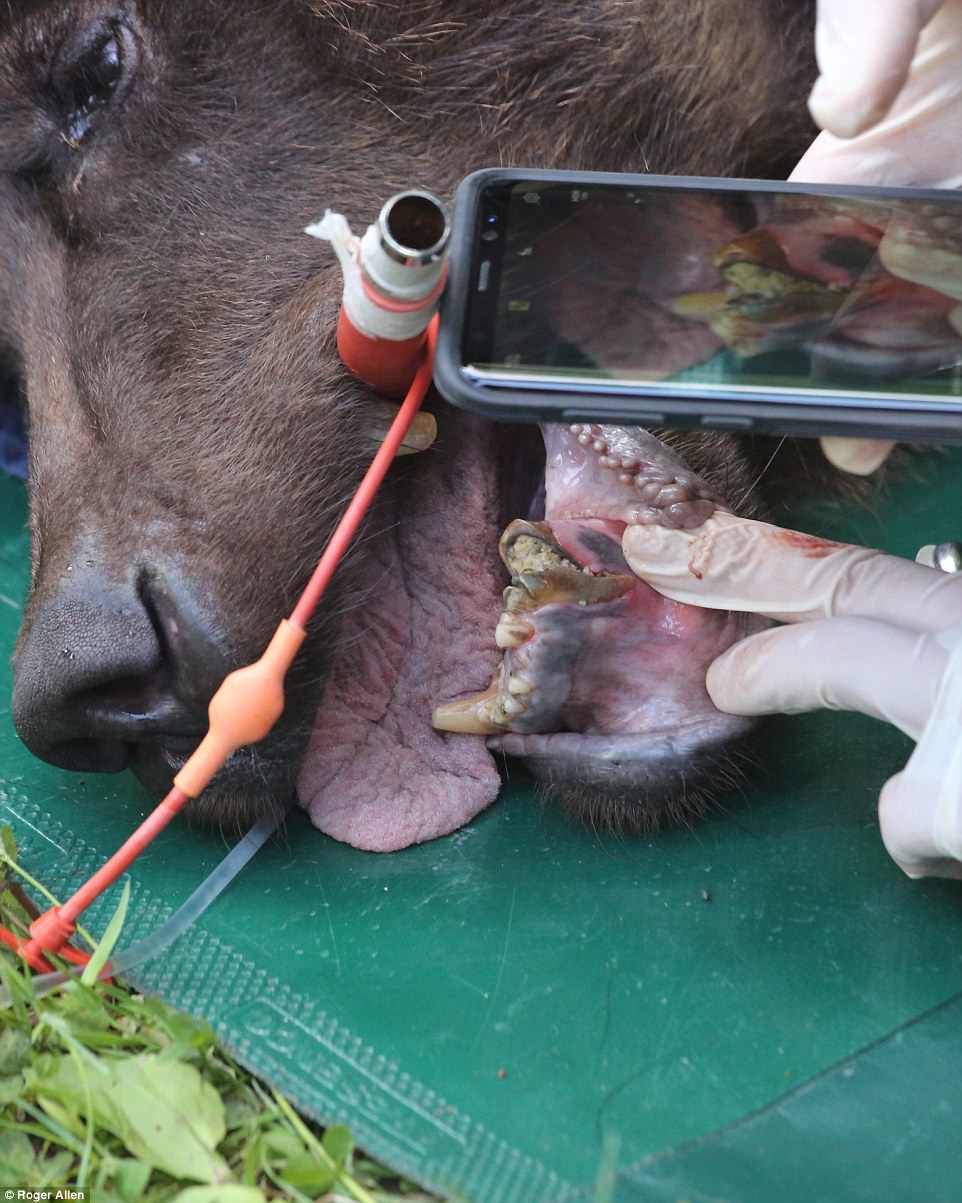