A former mayor who was suspended by the Tories for sharing a racist joke on Facebook has been reinstated – handing the party a council victory.

Rosemary Carroll was told to stand down for three months over the post which compared an Asian to a dog.

But she was brought back into the party today – allowing the Conservatives to seize control of Pendle Council in Lancashire by one seat.

He added: ‘Rosemary is a good councillor for Earby. A popular councillor. She made a mistake, people make mistakes.’ 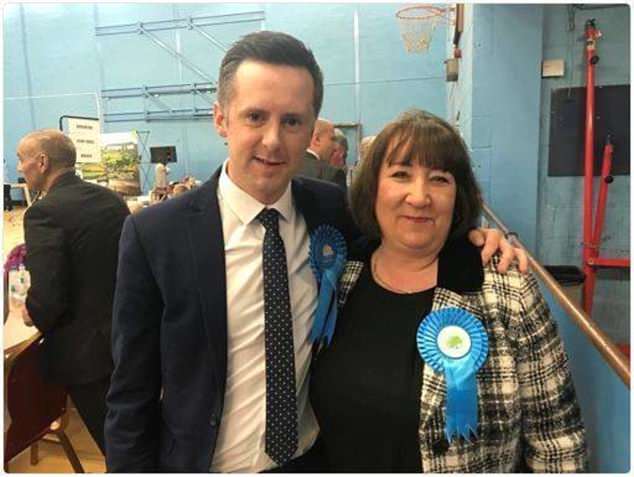 Labour leader Mohammmed Iqbal described the decision as ‘a damning indictment of the Conservatives’.

‘She was welcomed back with open arms,’ he said.

‘They should have done the decent thing and distanced themselves from her. I’m appalled. The suspension was a gimmick.’

He added: ‘Here’s a councillor who brought shame on the borough on an international level and was welcomed back into the fold with open arms simply to grab control to the council.

‘She turned up with a Conservative rosette literally as the votes were being counted.’ 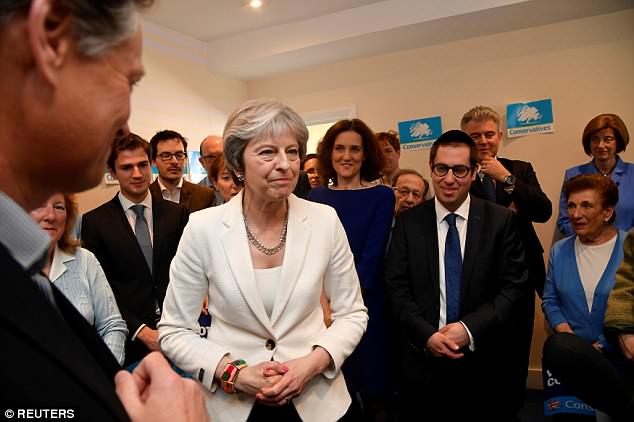 Ms Carroll has ‘sincerely apologised’ over the racist joke, which she said she meant to delete the post but accidentally published in error.

Ms Carroll was suspended from the party for three months over the post.

Mr Iqbal added: ‘If it was a fair and square result I could take it on the chin but this is shocking.’

The council said it was told Ms Carroll had rejoined the party at lunchtime on Friday.