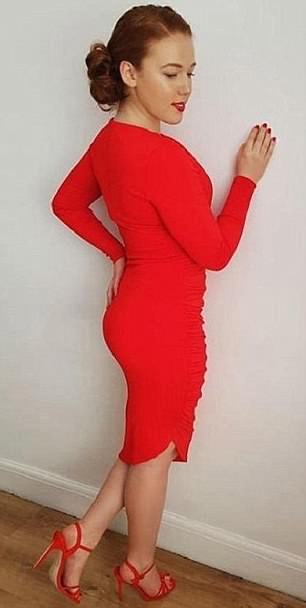 Rebecca Tott (pictured), the secretary to Housing Minister Dominic Raab, was suspended from work over the scandal

A Conservative MP today described claims that his 20-year-old diary secretary met men through a ‘sugar daddy’ website as ‘a storm in a teacup’.

Housing minister Dominic Raab said his first concern was for the welfare of his young aide Rebecca Tott, who has now found herself in a ‘vulnerable position’.

Miss Tott, who has since been suspended, is said to have boasted of knowing ‘everything’ about Mr Raab whilst meeting an undercover journalist posing as a wealthy businessman, including at a five-star hotel less than a mile from the House of Commons.

The reports sparked discussion about what Mr Raab had for lunch.

Mr Raab also described reports that staff in his department were not supportive of him and toasted his departure for the Easter holidays as ‘just nonsense’.

Speaking to Anna Foster on BBC Radio 5 Live, he said: ‘To be honest, the first thing I thought was this is a 20-year-old young woman caught in a media storm.

‘My initial concern was just to make sure that someone in a vulnerable position like that was properly looked after by us as the department, and me as the minister for state. And that’s something the Civil Service and I and my officials agreed on. 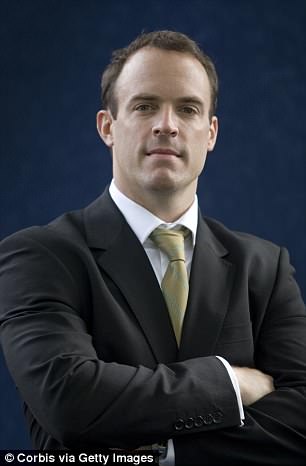 Housing minister Dominic Raab (left) said his first concern was for the welfare of his young aide Rebecca Tott (right), who has now found herself in a ‘vulnerable position’

‘Obviously this was a sting on me by the Daily Mirror with a substantial sum of money that went into it, and it seemed the most salacious thing that was disclosed was what I had for lunch.

‘I feel a bit of a letdown to the rich tradition of political peccadilloes that we have in this country. But actually, at the end of the day, a storm in a tea cup. It’s fish and chip paper wrapping the next day.’

Mr Raab dismissed suggestions that staff in his department were critical of him, including that he is dismissive towards women.

He said that there were newspaper reports of what Miss Tott said, but added:  ‘All I know is that when I came back to the department the next morning, from my private office through to the permanent secretary – the head of my department – it was made very clear that that was nonsense.

‘That not only were those comments not true, but that they were not the widespread opinion in the department. 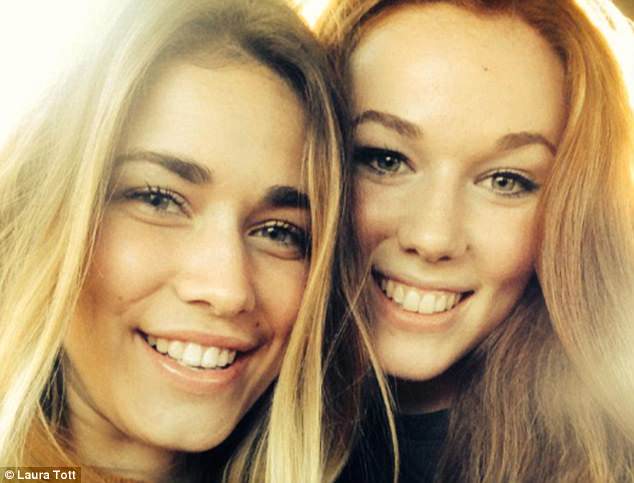 Miss Tott’s sister is Laura Tott (left, together), who is a waitress on Channel 4 show First Dates

‘And actually that was nice to hear because, yes, of course you go in as a minister wanting to get things done, I’m focused on the job and I do make demands of the department. But some of that stuff is just nonsense.

‘And what you want to have is high standards and civil servants and officials who are really keen to meet you halfway, give you robust advice, but also fulfil and execute the direction of travel that you’re setting as a minister.

‘And I’m absolutely confident, and so is my permanent secretary, that that’s what we’ve got. So to be honest with you, all of that tittle tattle, it’s for the birds.’

Miss Tott, who lives with her parents in Twickenham, South West London, had been in promotional videos for the Government about working in the public sector.

She joined the civil service aged 16 after dropping out of college A-Level studies and such was her success that she featured in an article for the apprenticeship scheme.

Her sister is Laura Tott, who is a waitress on the Channel 4 programme First Dates.