Boris Johnson has been compared to Adolf Hitler by the chairman of the Conservative Muslim Forum who vowed to quit the Tories if the frontrunner becomes the party’s next leader.

Mohammed Amin said the former foreign secretary was a ‘buffoon’ who was not ‘sufficiently moral’ to be prime minister.

Mr Johnson topped the first round of voting in the Tory leadership race on Thursday after he was backed by 114 Conservative MPs.

But Mr Amin said ‘popularity is not the test’ as he then compared the former mayor of London to the Nazi leader.

‘There are many horrible people who have been popular,’ he told BBC Radio 4’s Today programme.

‘Popularity is not the test. The test is, is this person sufficiently moral to be prime minister, and I believe he fails that test.’

Mr Amin added: ‘A lot of Germans thought that Hitler was the right man for them.’

Told that comparing Mr Johnson with Hitler was ‘shocking’, Mr Amin defended his comments and said: ‘I am not saying Boris Johnson wants to send people to the gas chamber, clearly he doesn’t.

‘He’s a buffoon. But he as far as I am concerned has insufficient concern about the nature of truth for me to ever be a member of a party that he leads.’

Mr Amin said he would quit the Tories if Mr Johnson won the battle to take over from Theresa May.

‘I am not prepared to be a member of a party that chooses him as its leader,’ he said.

‘I suspect there are other people who might do the same,’ he said.

‘I have not been talking to them, I am not trying to organise a mass resignation.

‘There are lots and lots of Muslims in the party who are very concerned about Boris Johnson.’ 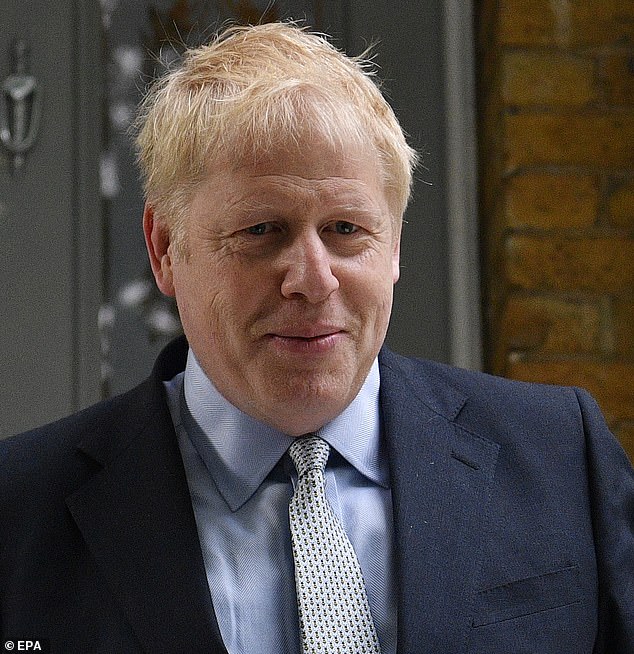 Mr Johnson provoked widespread criticism after he wrote in a column for The Telegraph last August that Muslim women who wore burkas looked like ‘letter boxes’ and ‘bank robbers’.

Mr Johnson defended the comments when he was grilled about them at his leadership launch on Wednesday.

He said: ‘Of course occasionally some plaster comes off the ceiling as a result of a phrase I may have used or indeed as a result of the way that phrase has been wrenched out of context and interpreted by those who wish for reasons of their own to caricature my views.’

Mr Johnson was cleared in December last year of breaking the Conservative Party’s code of conduct over the burka row as an independent panel concluded he had been ‘respectful and tolerant’ in what he had written.

DOMINIC LAWSON: Leaders will be dealing with China when this is over