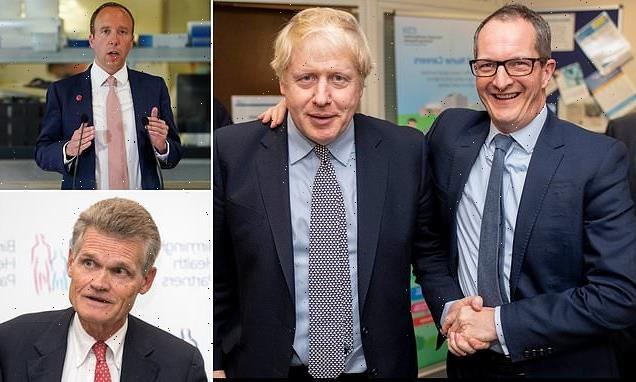 A former health minister has admitted he deleted text and WhatsApp messages about Covid testing contracts from his phone because he wrongly believed there would be back-up copies.

Lord Bethell also said three apparently contradictory explanations he gave to government lawyers as to why the messages could not be produced were all mistaken because they related to a phone he stopped using before the pandemic began.

He set out the account in a witness statement for a High Court hearing over a legal challenge relating to deals for Covid tests worth £87.5million.

Lord Bethell, who was sacked in last month’s reshuffle, is said to have used his private email address thousands of times in relation to official business. 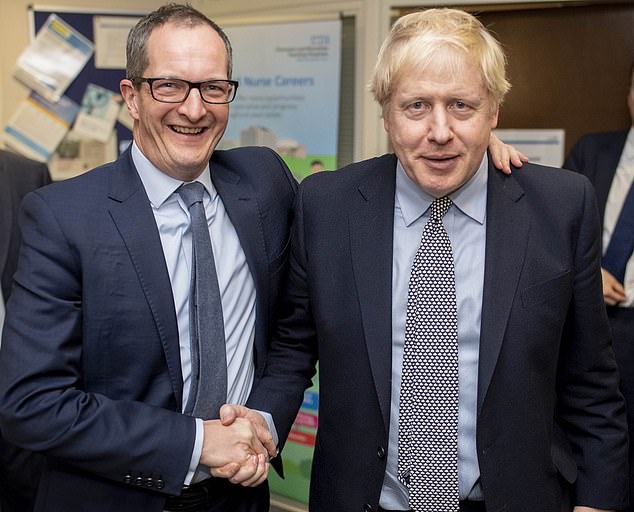 Former health minister Lord Bethell has admitted he deleted text and WhatsApp messages about Covid testing contracts from his phone because he wrongly believed there would be back-up copies. Pictured with Prime Minister Boris Johnson

He said he had done nothing wrong and insisted that using ‘modern technology’ to try to save lives was ‘appropriate’.

Lord Bethell’s use of his personal phone and private email has emerged as a result of a judicial review brought by the Good Law Project.

It is challenging a series of contracts to devise, make and supply antibody tests, signed in April 2020 between the Department of Health and Social Care and a consortium led by York-based Abingdon Health.

The firm, which had recorded losses of £1.5million the previous year, received at least £19million of public money.

But, as the Daily Mail revealed in February, the main contract was cancelled because the tests were not accurate enough.

Official guidance says ministers should use Whitehall systems to conduct government business, and if they do not, should ensure they copy private emails and other communications to departmental computers so a full record is preserved. The use of private emails to conduct official business is being investigated by information commissioner Elizabeth Denham. 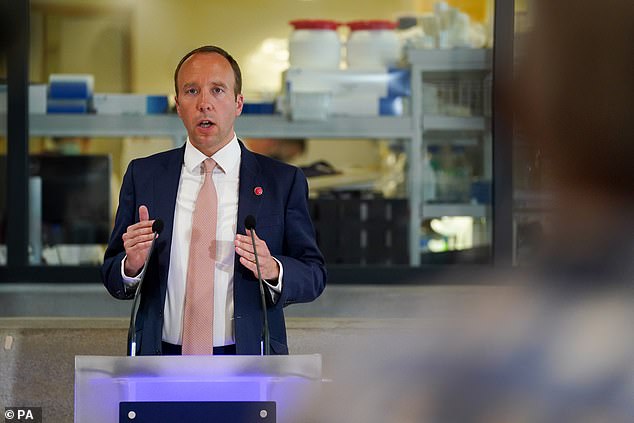 Lord Bethell was said to have deleted messages with former health secretary Matt Hancock. He said that he ‘cannot recall for certain’ whether any of the messages concerned the antibody home testing contracts

The controversy over Lord Bethell’s phone emerged in August, when letters from the Government’s legal department said that after he confirmed he had sent the texts and messages relating to the deal from his phone, he first said he could not produce them because the handset had been ‘lost’.

A few days later, Lord Bethell said instead his phone was ‘broken’ or ‘defective’.

Finally, in a meeting with the lawyers, he said that too was wrong, and he had given the phone to a member of his family.

But now his signed witness statement says he realises that he bought a new phone in November 2019, which he still uses.

The explanations he gave earlier related to his old one, which had a cracked screen and a defective battery, and had been used by a family member.

His explanation as to why text and WhatsApp messages relating to government business have been lost is complicated.

His statement says his phone became ‘overloaded with data’, and so he often cleared messages to free up storage space.

Lord Bethell says: ‘I had activated the “back-up” function on WhatsApp. I assumed that it had a robust archive and back-up system.

‘However, I am informed that this may not be the case and that not all of my WhatsApp messages will necessarily be stored.’

The former minister’s statement says the problem was exacerbated by having two phones, his personal and a government one, and transferring messages between them.

He said after discussing this with government IT experts ‘I now understand that this may mean that not all of my WhatsApp messages will necessarily have been backed up.

It may also be possible that messages have been lost and threads broken when swapping my WhatsApp between phones’. 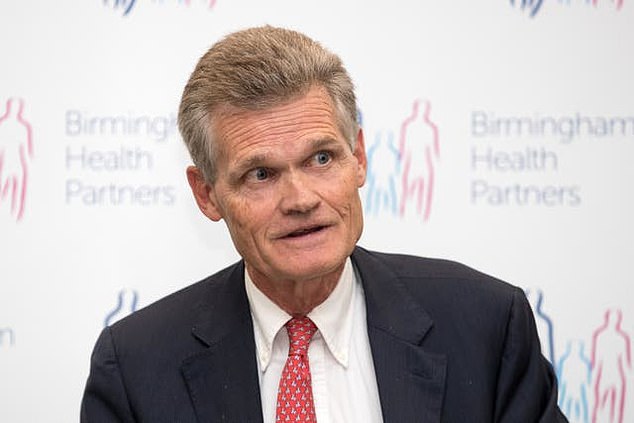 Some of the deleted messages involved Sir John Bell (pictured), who put the Abingdon test consortium together

Some of these messages, the statement says, involved former health secretary Matt Hancock and Sir John Bell, who put the Abingdon test consortium together. It adds that he ‘cannot recall for certain’ whether any concerned the antibody home testing contracts.

It comes after it emerged that scandal-hit Owen Paterson, who was forced to stand down as a Tory MP last week, had contact with Lord Bethell at the start of the pandemic. Mr Paterson was party to a call with Lord Bethell and health firm Randox in April last year, shortly after the company won its first contract to provide Covid tests.

Government sources said at the time it was merely a ‘courtesy call’. Last autumn Randox was awarded a £347million contract for Covid testing services.

A recent sleaze inquiry looking at Mr Paterson’s paid consultancy work for Randox did not consider this contact with Lord Bethell.

Jolyon Maugham QC, the Good Law Project’s director, said: ‘I make no allegations about what was or wasn’t on Lord Bethell’s phone.

‘But what I do know is that if there is incriminating evidence on private channels ministers have every reason – and because they are private channels every opportunity – to destroy it. Given the size of the spend on PPE and test and trace – almost £50billion – that is very worrying indeed.’

Lord Bethell said: ‘The Good Law Project’s opposition to the use of modern communications to collaborate on the national response to a global emergency of unprecedented proportions is utterly baffling.

‘It’s appropriate for modern technology to be used in government, underlining the importance of using all tools at your disposal.’

The Department of Health and Social Care declined to comment.

Searches carried out by government lawyers suggest that Lord Bethell exchanged between 8,400 and 33,000 emails relating to Covid deals from his private account.

The 54-year-old peer, who is a married father of four, managed the Ministry of Sound nightclub before founding a PR firm.

He donated £5,000 to Mr Hancock’s leadership bid in 2019 and became a health minister nine months later. He also sponsored a parliamentary pass for Gina Coladangelo, the aide who had an affair with Mr Hancock.

He was sacked in September amid the row over his use of the private email account to discuss Covid contracts.