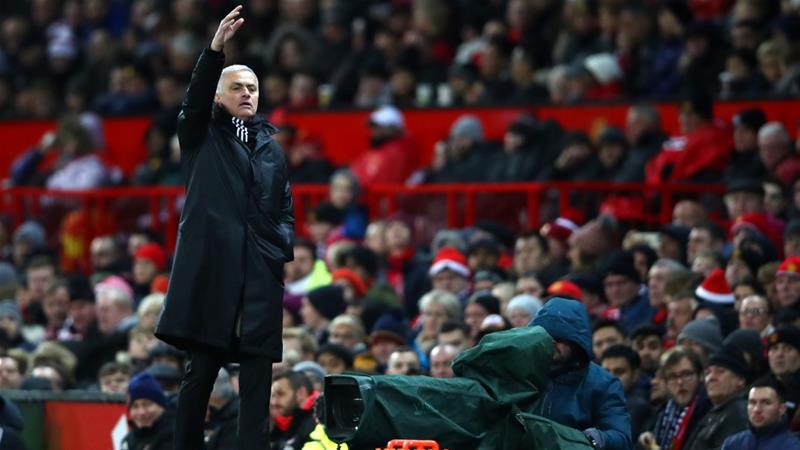 “In Jose we have one of the most successful managers in football,” Daniel Levy, the chairman of the north London-based team, said in a statement on Wednesday.

“He has a wealth of experience, can inspire teams and is a great tactician. He has won honours at every club he has coached. We believe he will bring energy and belief to the dressing room,” Levy added.

Mourinho – who has managed top teams in England, Spain, Italy and Portugal – signed a contract that runs until the end of the 2022-23 season.

“I am excited to be joining a club with such a great heritage and such passionate supporters,” the Portugese coach said in a statement following his appointment.

“The quality in both the squad and the academy excites me. Working with these players is what has attracted me,” he added.

Tottenham is the third English Premier League side to be coached by Mourinho.

The 56 year old been out of work since being fired by Manchester United in December 2018.

He has also coached Italian side Inter Milan, who he led to a league, cup and Champions League treble, and Spanish giants Real Madrid, with whom he won a league title. His illustrious resume also includes a Champions League triumph with Portuguese side Porto and three English Premier League titles with London-based club Chelsea, among others.

Pochettino departs without having won a trophy as Tottenham manager, a stain on an otherwise impressive tenure in which he has had to battle against the biggest teams in Europe while working under strict financial constraints as Spurs prepared to move into a new stadium.

The Argentine coach was widely lauded as something of a miracle worker by elevating Tottenham into English football’s established elite and inspiring its improbable run to a Champions League final last year.

But in his sixth season at the north London club, things changed.

With the team currently in 14th place in the 20-team league and showing no sign of an improvement, Levy made his move and fired Pochettino on Tuesday night, a move that was sudden yet perhaps inevitable with the team’s declining fortunes on the field mirroring the ostensible disaffection of its manager.

“Regrettably domestic results at the end of last season and beginning of this season have been extremely disappointing,” Levy said.

“It falls to the board to make the difficult decisions – this one made more so given the many memorable moments we have had with Mauricio and his coaching staff – but we do so in the club’s best interests.” Levy said.