Home » World News » Touchy subject: We must end self-censorship on Israel and Palestine 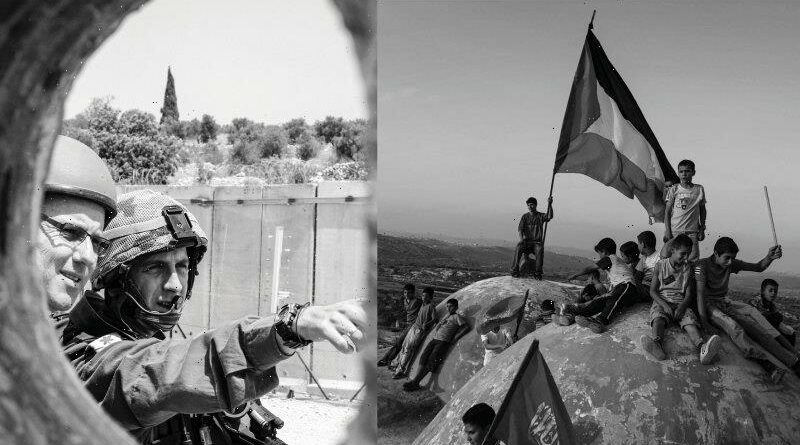 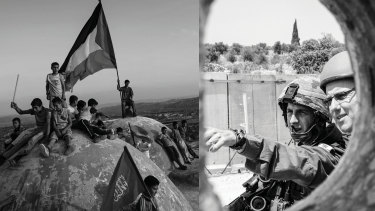 Palestinian children in the village of Bilin, in the Israeli-occupied West Bank; John Lyons (right) in Bilin with an Israeli soldier during a Palestinian demonstration there in 2010. Credit:AP, Sylvie Le Clezio

As someone who’d tried to avoid running most of my life, I was surprised to find myself, at the age of 52, pounding along the old railway track in Jerusalem, sweating under the Middle Eastern sun but determined to be ready for the prize fight.

Over four months, I’d become the fittest I’d been since I was 18. I needed to be: I was about to face the full fury of Australia’s pro-Israel lobby. I was busy working on a story — Stone Cold Justice — as a guest reporter for Four Corners. I knew the hardline supporters in Australia of Israeli settlements in the Palestinian territories well enough to understand that this story would unleash a propaganda fatwa against me.

I knew that if I reported the truth about the treatment of Palestinian children in the West Bank, I would be the target of a backlash which would be tough, nasty and prolonged. I knew that the report would not encourage a debate about the central theme of the story — whether it was fair that in the West Bank there is one law for Jewish children and one for Palestinian children — but rather a round of attacks on me.

Most journalists based in Jerusalem who report exactly what they see in front of them are trolled and abused. As an indication of how far right much of the pro-Israel lobby has leant, correspondents of The New York Times — traditionally one of the newspapers most supportive of Israel — have been systematically targeted.

Jodi Rudoren, who was from an observant American Jewish family and came to Jerusalem to report for that paper when I was there, was attacked even before she landed in Israel. Her crime? After she was announced as the new NYT correspondent, an Arab American sent her a note of congratulations. She replied with a thank you in Arabic: “Shukran”. For that, she became a target. Later, a prominent US-based pro-Israel lobby group branded her “a Nazi bitch”.

Having lived with these sorts of attacks for many years — and this book will lead to a new round — I believe that they are a deliberate tactic. I think the aim is to make journalists and editors decide that, even if they have a legitimate story that may criticise Israel, it is simply not worth running it because it will cause “more trouble than it’s worth”. As Agence France-Presse correspondent Philippe Agret says, the aim is to “exhaust” journalists and editors so they think twice before writing anything critical of Israel.

Over my time as a journalist and editor, I’ve upset a lot of powerful people. As the editor of The Sydney Morning Herald, I dismayed both major party leaders in Australia at that time — John Howard and Paul Keating — along with a few others, such as Kerry Packer. Keating and Packer were the most ferocious, but Howard was not far behind. He once unleashed on me while we were having pre-dinner drinks at The Lodge over the Herald’s coverage of the Mabo and Wik decisions: “You’ve murdered me politically in my own hometown.” Keating once got a member of his office to ring me to say that I was editing “the second most corrupt newspaper in the country”. Keating was outraged by stories we’d been running about his connection to a piggery.

“Please tell your boss that he knows how to wound us,” I told his staffer. “Please relay to him that we’d either prefer not to be on his list at all or we’d rather be No.1 — we don’t like coming second for anything.” I added: “Just out of interest, which is the most corrupt newspaper in the country?” His staffer replied: “The West Australian.”

But nothing matches the fury of the right-wing supporters of Israel, who are often bundled together and described as “the pro-Israel lobby”. When I refer to “the pro-Israel lobby”, I include the Israeli embassy in Canberra, several of the formal lobby groups, and several individuals who are affiliated with these groups — activists who support the continuing expansion of Israeli settlements in the West Bank.

This book is the story of why many editors and journalists in Australia are in fear of upsetting these people and therefore, in my view, self-censoring. It’s the story of how the Israeli-Palestinian issue is the single issue which the media will not cover with the rigour with which it covers every other issue. And, most importantly, it’s the story of how the Australian public is being short-changed — denied reliable, factual information about one of the most important conflicts of our time.

Depriving Australians of objective information about Israel and its occupation of the West Bank means they, as citizens, cannot evaluate or question Australia voting for Israel at the United Nations, no matter the issue, or if Australia’s continued support of Israel’s 54-year occupation meets our values and interests. 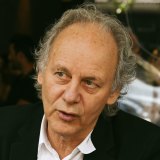 Schwartz Media’s coverage of Israel has seen a social media campaign launched against it, which Morry Schwartz believes is motivated by anti-Semitism.Credit:Peter Braig

Some media outlets believe the Israeli–Palestinian conflict is given too much attention. Schwartz Media is the most notable of these. Founded by Melbourne-based property developer Morry Schwartz, the group publishes The Saturday Paper, The Monthly, Quarterly Essay, Black Inc books and Australian Foreign Affairs.

In 2014, Schwartz launched The Saturday Paper. The person hand-picked to be its editor, Erik Jensen, contacted Hamish McDonald and said he would like McDonald to be the publication’s world editor. McDonald said yes. But then, McDonald recalls, Jensen said “something like, ‘There’s one touchy subject — Morry [Schwartz] is very sensitive about stories about Israel. He would not like to see Israel under attack’.”

It’s worth reflecting on that conversation. Here were two journalists as far away as it’s physically possible to be from Israel and the recruiting editor is telling the would-be world editor that Israel is a “touchy” subject. Whether intended or not, the impact of these discussions can be that if you want to succeed in that organisation, the best thing you can do is avoid this “touchy” subject. It can lead to self-censorship.

Jensen, when I put to him McDonald’s recollection of the conversation, says: “I shared with him the proprietor’s personal view on how the media covers Israel and Palestine … it was by no means a directive about coverage.” And Schwartz, when I tell him of McDonald’s recollection, says: “What this is probably referring to is that when I started The Saturday Paper, I told staff I did not want Israel to be over-covered … But I am a publisher, and when there is big news it should be covered, which we showed in the recent Gaza conflict.”

Finally, to the most important matter of all when it comes to language: that the accusation of anti-Semitism cannot be used to shut down debate. In recent years in Australia, we’ve seen some tough and confronting reporting of the Australian military. Mark Willacy, Dan Oakes and Sam Clark from the ABC, and Nick McKenzie and Chris Masters from Nine [the owner of this masthead], have revealed some horrible things done in the Australian uniform in Afghanistan. No one could reasonably suggest that by doing this reporting they were being “un-Australian”.

Likewise, the notion that anyone who criticises Israel or its army is being anti-Israeli or anti-Semitic is nonsense.

Likewise, the notion that anyone who criticises Israel or its army is being anti-Israeli or anti-Semitic is nonsense. Worse than that, in my view it’s used way too often to try to scare the media away from reporting without fear or favour. I spoke to scores of senior journalists and editors for this book, and over and over I was told words to the effect: “No editor wants to be accused of being anti-Semitic.”

The Australian media needs to get to a point where the reality of Israel can be discussed. Israelis are able to read the views of more than 300 retired senior members of [their foreign and domestic intelligence agencies] Mossad, Shin Bet, the Israeli army and the Israel Police who are part of a growing group called Commanders for Israel’s Security. The group dismisses the claim that Israel cannot support a Palestinian state because it would endanger the country’s security: “There is no basis to the intimidating claims that a political arrangement will undermine security. The opposite is true!” 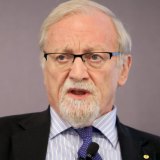 Gareth Evans says “calling out Israel for its sabotage of the two-state solution and creation of a de facto apartheid state is not to be anti-Semitic.”Credit:Daniel Munoz

In Israel, that sort of statement is part of the dialogue, but if reported in Australia, that sort of news would be branded as biased, anti-Israel or anti-Semitic. One of the most eloquent recent warnings of the misuse of anti-Semitism came from former Australian foreign minister Gareth Evans in a letter to the Herald: “Calling out China for its persecution of Uighurs is not to be a Sinophobic racist. Calling out Myanmar for its crimes against Rohingya people is not to be anti-Buddhist. Calling out Saudi Arabia and Egypt for their murder and suppression of dissidents is not to be Islamophobic or anti-Arab. And calling out Israel for its sabotage of the two-state solution and creation of a de facto apartheid state is not to be anti-Semitic.”

This is a point supported by Rupert Murdoch’s former senior editor, Chris Mitchell. He says that while there are, indeed, anti-Semites, the accusation of anti-Semitism is too often used to block debate. 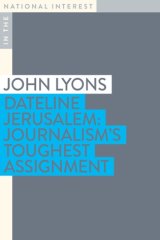 I ask Agret who is self-censoring in their reporting of Israel. Without hesitation, he replies: “Everybody.”

This is an edited extract from Dateline Jerusalem: Journalism’s Toughest Assignment by John Lyons, published on October 1 as part of Monash University Publishing’s In the National Interest series.