Home » World News » Tourist, 73, is 'critical' after being shot by robbers in Brazil

Tourist, 73, is ‘critical’ after being shot by robbers when he drove with his wife through Brazilian favela slum as he followed GPS directions

A tourist in Rio de Janeiro is in a critical condition from a gunshot wound after mistakenly entering one of the city’s favelas.

Police said in a statement that they rescued two Swiss tourists injured in a mugging on Sunday night.

One of them, Michele Angelo Galle, was hospitalized and he is in critical condition, according to a statement from the Getulio Vargas State Hospital. 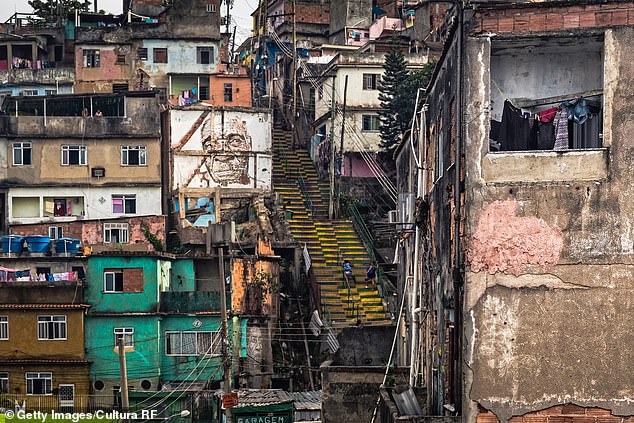 According to local press, Galle, 73, was driving out of the city with his wife Miranda Pia Regazzoni, 65, when their GPS directed them through a favela, or slum, called Cidade Alta.

Regazzoni, who suffered cuts on her arm, told police that they suffered an attempted mugging, press reported.

‘The incident occurred in a zone dominated by criminals. Tourists should avoid the area,’ military police spokesperson Mauro Fliess said.

He added that police were searching the favela on Monday for the parties responsible for the attack.

The Swiss couple had been en route to the seaside colonial town of Paraty, south of Rio.

In 2015, a Brazilian couple followed their GPS into a favela and a 70-year-old woman was killed by a gunshot.