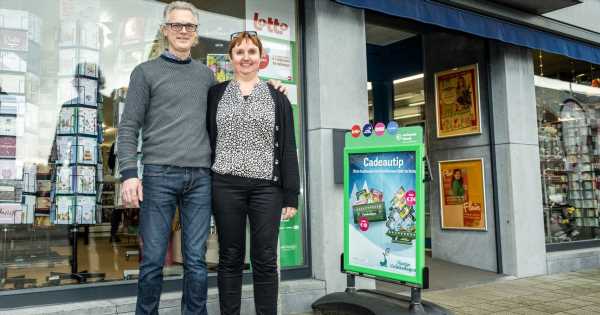 A group of lucky villagers have scooped up the EuroMillions jackpot after forming a syndicate together.

The group had made a pact to share their winnings after they paid in equally and hought their tickets from the same newsagents, called De Pershoek, or The Press Corner in English.

National Lottery spokesperson Joke Vermoere told local media: "They all played together in the same newsagent in Olmen, where they each invested 15 euros (£12.96).

Wim Van Broekhoven, owner of the winning newsagents, told Belgian radio that many of his customers were in disbelief after the win.

He told the local radio station: "I often had to repeat it five to six times."

"There were more than 27 million entries purchased for the draw, but only one matched the full winning line."

This isn't the first time a syndicate has been formed, where residents group together to up their chances of winning the jackpot – but it doesn't always go to plan.

One lottery syndicate called in lawyers after one of the group was accused of keeping a £828,000 jackpot to himself.

Trent Bowden, from Western Australia, bought tickets for ten pals using the same numbers every week, according to court papers.

But when his group finally won in a draw, he attempted to claim the prize as an individual and not for the group, it is alleged.

Trent, who runs a clay pigeon shooting range, is now facing a lawsuit alongside the organisers of the draw, Lotterywest.