EXCLUSIVE: ‘I’m piggy in the middle of two people fighting over silly sums of money!’ Toyboy ex-lover of wife at centre of UK’s biggest divorce admits affair during billionaire’s marriage

A British web designer has admitted to having a long-term affair with the estranged wife of a billionaire oligarch at the centre of Britain’s biggest divorce.

Mark Isle enjoyed a romance with Tatiana Akhemedov, 45, during her marriage to Russian oil tycoon Farkhad, who is fighting their record £453m divorce settlement.

Mr Isle was 19 when he began his affair with the wealthy blonde mother-of-two who  he met at the school gates four years into her marriage to billionaire Farkhad, 62.

Speaking to MailOnline, he said: ‘I know my name has been said in court as part of the divorce hearing but I’d rather not become involved. 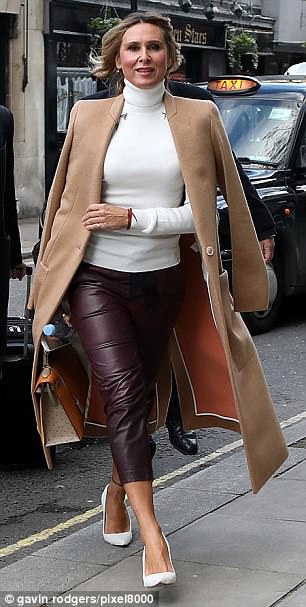 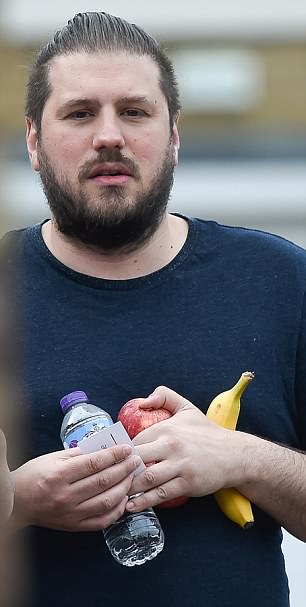 Tatiana Akhemedov (left) had an affair with Mark Isle (right) that ended her marriage to Russian oil tycoon Farkhad Akhmedov, which resulted in their record £453m divorce settlement 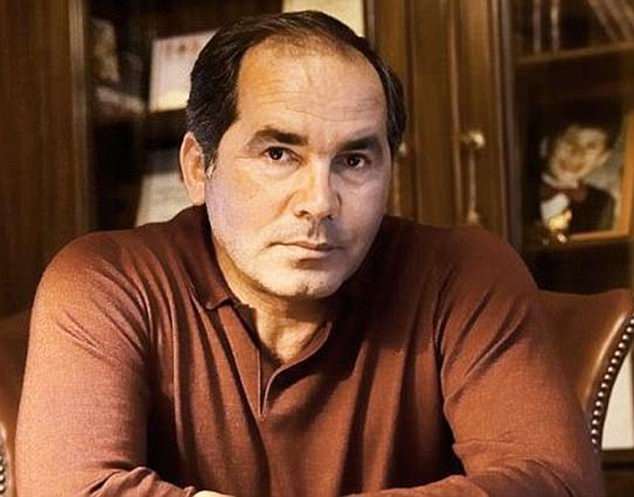 ‘I am really piggy in the middle of two people arguing over silly amounts of money.

‘All I will say for now is that I was single at the time and I have moved on with my life.

‘I am engaged now to a wonderful woman and this will have an impact on my life,’ he added.

Mr Isle, 37, from Weybridge, Surrey, added that he had not benefitted financially in any way from the affair, which began in 2000 when he was 19 and Tatiana was 28.

Mr Akhmedov, a devout Muslim, claims that he was devastated when he learned of his wife’s affair in 2000 and divorced her shortly afterwards in Moscow.

But his Tatiana denied that the marriage ended when the affair with Mr Isle was uncovered.

She claims that their marriage continued for the sake of their two children for a further 14 years before she finally filed for divorce in 2014.

Tatiana claimed during that period her estranged husband had a number of affairs with other women.

She told the court that although Akhmedov only spend 90 days a year in the UK for tax purposes, when they were together the couple slept in the same bed and had sex.

She said that they went on holiday regularly together with their sons and shared a joint bank account.

She added that her husband continued to support her financially in exactly the same way as before, and to the same degree. They exchanged presents and in 2013 he bought her jewellery worth €400,000.

Tatiana, 45, a mother-of-two, was four years into her marriage when she began a relationship with Mr Isle that lasted several years – but was over by the time she filed for divorce Tatiana began her fling with Mr Isle, 37, a software engineer, when she met him at the school gates. Her two young children went to the same school as his younger brother. Mr Isle said: ‘I am really piggy in the middle of two people arguing over silly amounts of money.’

Mrs Akhmedov filed for divorce in 2014 was granted a Decree Nisi by a British court in December 2015.

The divorce was finalised in 2016 and she was awarded £453million in the UK’s biggest ever divorce.

Since the hearing Akhmedov and his ex-wife have been locked in a bitter legal dispute with the billionaire refusing to hand over the court awarded money.

Akhmedov, who was born in Caucasus, has refused to accept the British court ruling ordering him to hand over half of his fortune.

He has claimed the court has no jurisdiction over two Russians despite his wife taking British citizenship and living in Surrey since 1993.

As their marriage floundered and her husband spent long periods of time out of the country on business, Tatiana struck up a friendship with Mr Isle on the school run.

The couple met in Moscow in 1993 and married in 1993 when Tatiana was pregnant with their eldest son.

But seven years later Akhmedov insisted the marriage had irretrievably broken down when he discovered the affair of his Russian-born wife. 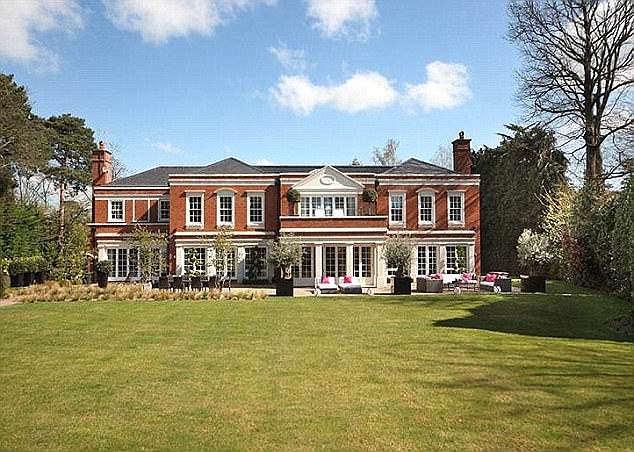 Akhmedov is fighting the £453m divorce. He claims he has made his wife a generous settlement by allowing her to keep the contents of their Surrey home worth £2.5m (pictured) 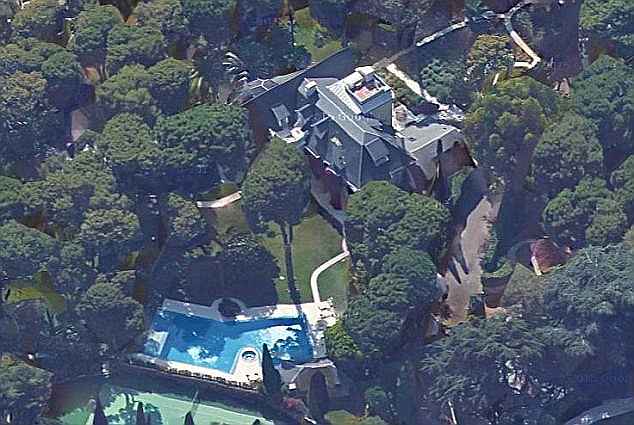 Akhmedov’s legal team is said to be ‘furious’ that the divorce hearing was held in an English court when both parties are Russian citizens who married in 1993, moved to the UK and whose marriage ended in 2000. Pictured: A property in South of France owned by the billionaire The businessman claimed that he and his wife were divorced in Moscow in 2000 while they were Russian citizens – and his legal team produced legal documents to prove it.

However, a search by Tatiana’s lawyers of the official records in the Moscow court revealed that no such divorce proceedings existed.

This statement was not challenged by Akhmedov’s lawyers and the court judgement concluded that that the 2000 Moscow divorce documents relied upon were forged.

Akhmadov claims he has made her a generous settlement by allowing her to keep the contents of their Surrey home valued at £2.5m, a £90,000 Aston Martin and his £90m art collection.

In their divorce she argued she was due almost half of her former husband’s £1billion fortune because of her ‘equal contributions to the welfare of the family’ during their marriage.

In a statement earlier this year he said: ‘The British courts should never have sought to interfere in a former marriage which took place in Russia, between two Russian citizens and which had long been dissolved in that country with generous provision for my ex-wife.’

Judges previously described Mr Akhmedov as having demonstrated a ‘naked determination’ to keep his immense fortune out of the clutches of his former wife. 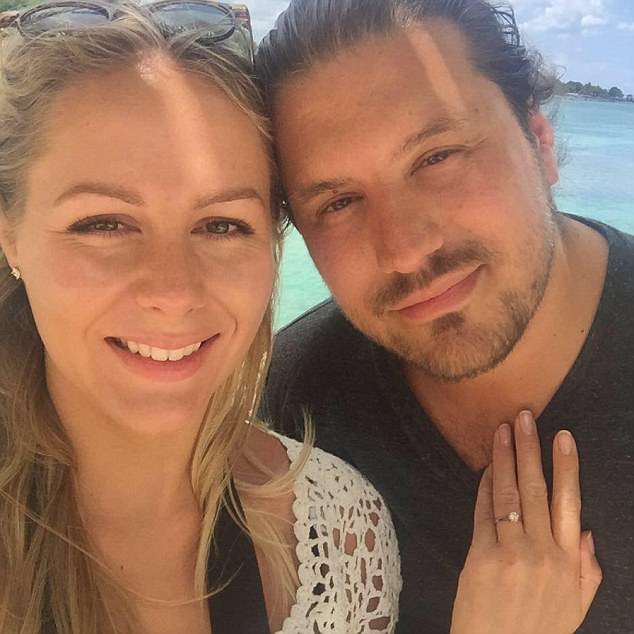 Mr Isle, pictured with his fiancee Kristina Fraser, told MailOnline that he doesn’t want to get involved with the warring couple and wants to move on with his life and get married

He was hit with a worldwide asset freezing order two years ago by the judge who slammed his ‘cavalier attitude’ to the English courts. During their marriage, the couple enjoyed a glitteringly lavish lifestyle, with a £39m mansion in Surrey, as well as a £27.8m holiday home.

Akhmedov has a rags-to-riches story which saw him arrive in Moscow from his native Azerbaijan aged 15 ‘with 48 roubles in his pocket’.

The billionaire – who started out selling sable furs – made his fortune when he sold shares in Russian company, ZAO Northgas, in 2012 for almost £1billion.

A spokesman for Akhmedov and his ex wife were unavailable for comment.