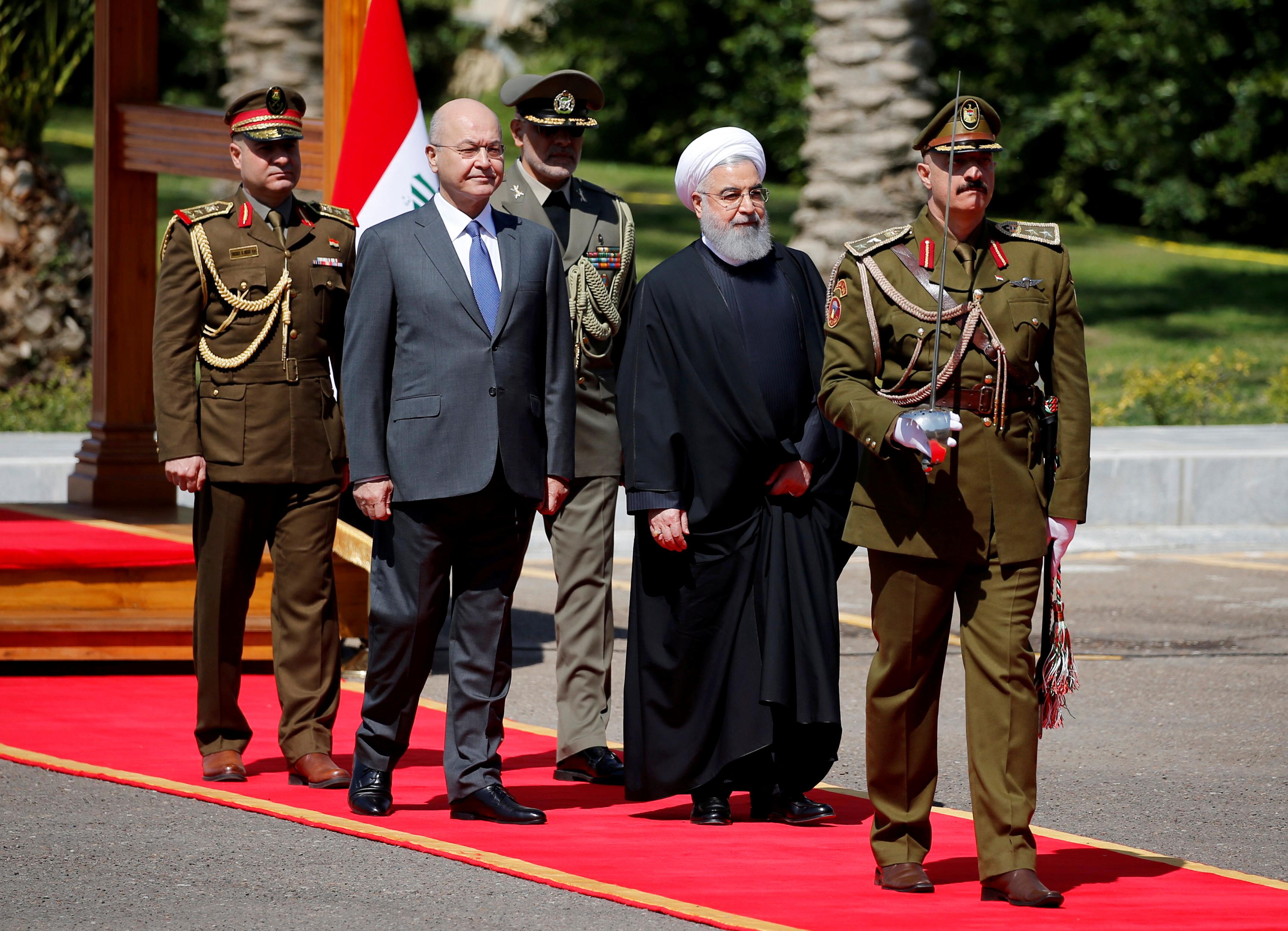 The visit also sends a strong message to Washington and its regional allies that, in the face of U.S. sanctions, Iran still plays a dominant role in Iraqi politics.

Prior to his departure, Rouhani said Shi’ite Iran was determined to strengthen brotherly ties with its neighbour, Iranian state television reported on Monday.

Those ties “cannot be compared to Iraq’s relations with an occupying country like America, which is being hated in the region,” the semi-official Mehr news agency quoted him as saying before he left.

“One cannot forget the bombs that Americans dropped over Iraq, Syria and other regional countries.”

During the three-day visit a series of agreements will be signed in energy, transport, agriculture, industry and health, Iran’s state news agency IRNA said.

“We are very much interested to expand our ties … particularly our transport cooperation,” Rouhani said at Tehran’s Mehrabad airport.

He will visit a Shi’ite Muslim shrine in Baghdad’s Khadhimiya district prior to a welcome ceremony, the offices of Iraq’s president and prime minister said.

A senior Iranian official accompanying Rouhani told Reuters that Iraq was “another channel for Iran to bypass America’s unjust sanctions … This trip will provide opportunities for Iran’s economy.”

The sharp downturn in Iran’s economy since U.S. President Donald Trump’s decision last May to pull out of a 2015 nuclear deal between Iran and six major powers has pushed the country’s leaders to try to expand trade ties with neighbours.

The agreement lifted sanctions that had been imposed by the United States, European Union and United Nations in return for Iran curbing aspects of its nuclear programme.

The Trump administration said the accord was too generous and failed to rein in Iran’s ballistic missile capabilities and its involvement in regional conflicts in Syria and Yemen.

Other signatories to the deal have been trying to salvage the pact, but U.S. sanctions have largely scared off European companies from doing business with Iran.

The Europeans have promised to help firms do business with Iran as long as it abides by the deal. Iran has itself threatened to pull out of the 2015 deal unless EU powers demonstrably protect its economic benefits.