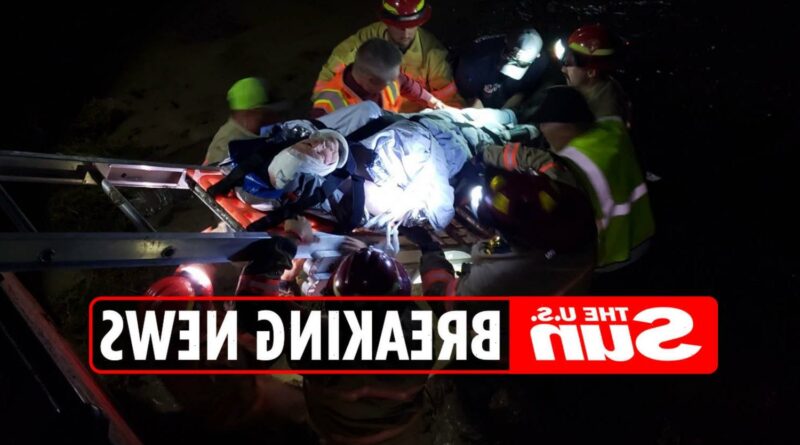 AT least three railroad workers are injured after flash floods and torrential monsoon rains appeared to cause a cargo train to derail in Utah.

The incident occurred at around 10:10pm on Thursday near Lund – around 30 miles from Cedar City. 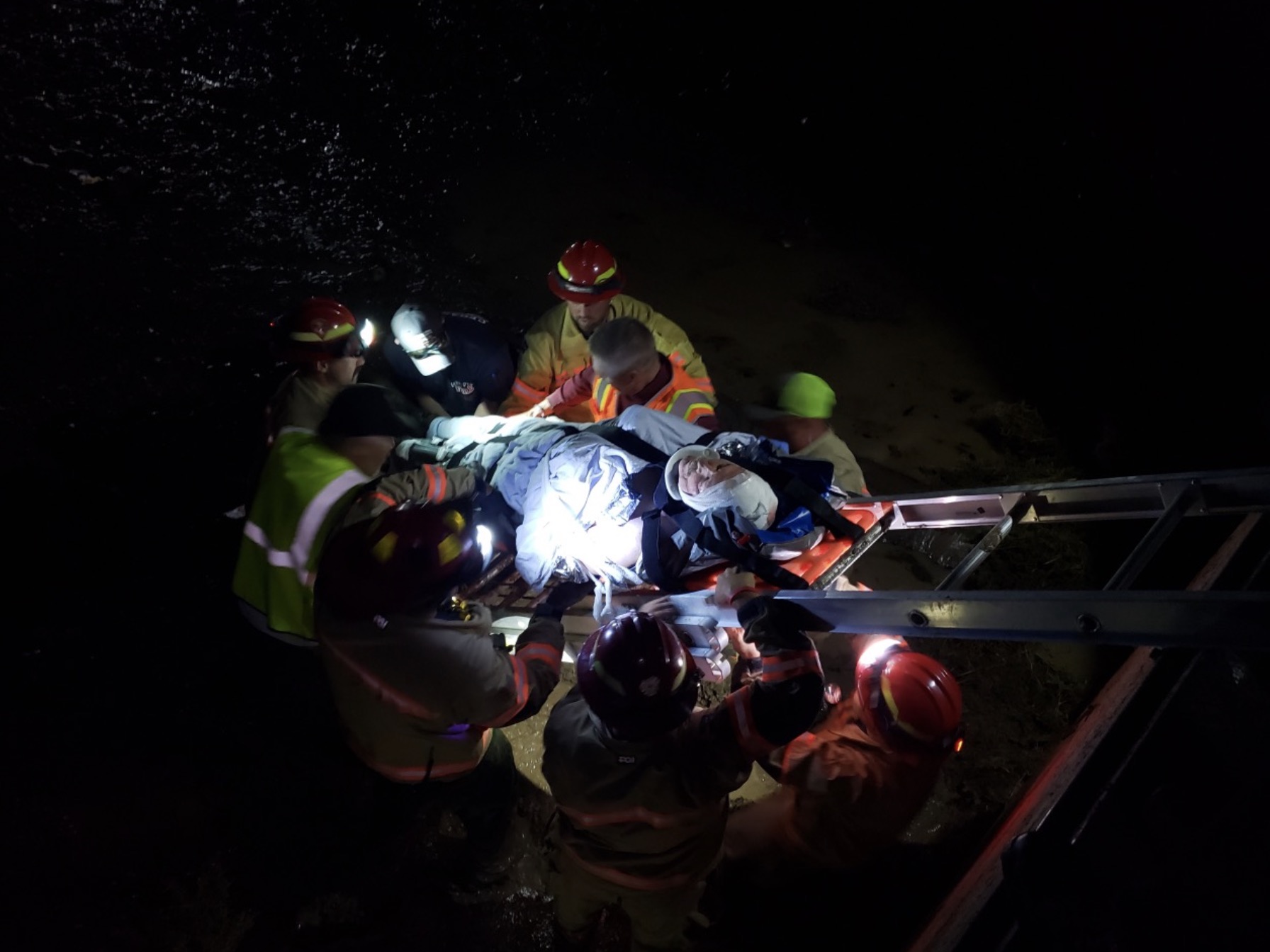 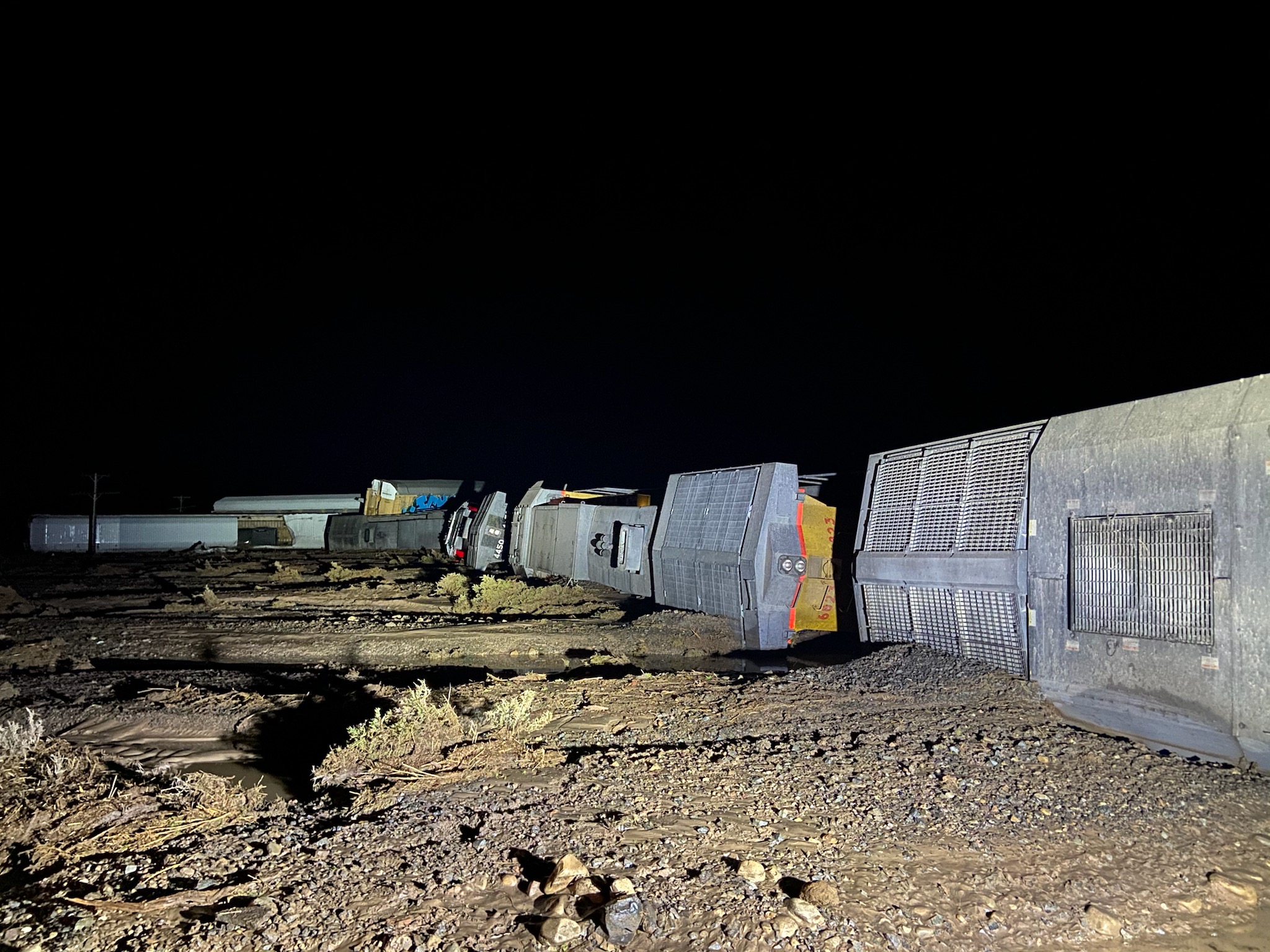 At least three people were injured and they were able to escape via the upper side of the locomotive, Gephardt Daily reports.

Two of the workers are said to be in a "good condition" while one person is stable in hospital.

The train consisted of 95 cars and was being manned by a team of three workers.

Its overall weight and the type of cargo the train was carrying are not yet known.

The incident occurred in a remote location and there were fears about the "wellbeing" of those injured due to potential difficulties in distributing medical treatment.

Pictures show rescue crews working at the scene on Friday morning but efforts are being stalled by rising floodwaters, according to reports.

Heavy rain fell across southern Utah on Thursday and flash flood warnings had been issued earlier in the day.

Forecasters warned that thunderstorms bringing gusts of up to 55mph could hit Washington and Kane County as heavy rainfall passed through the state.

And, a significant weather advisory was issued for Millard, Beaver and northwestern Iron Counties as residents braced themselves for downpours and winds of up to 50mph.

The National Weather Service warned earlier this week that widespread thunderstorms could cause flash floods in canyons and burn scars.

It comes as 98 percent of the state is under "exceptional" or "excessive" drought.

Residents have been asked to avoid the area while the investigation continues as several crews remain at the scene.

A press conference is due to be held at noon local time on Friday.