As cinematic as it may seem, a stroll along the train tracks should always be avoided.

At best, you will save yourself from a grisly end. At the very least, you won’t become the butt of a joke by a pair of Russian train drivers.

In the rib-tickling footage the train operators decide to play a prank on a pair of star-crossed lovers who are wandering along the tracks in front of them.

Oblivious to the world, the pair do not notice the hulking train as it approaches them from behind.

Then, the drivers decide to give them the fright of their lives. They pull the horn which blows deafeningly loud. 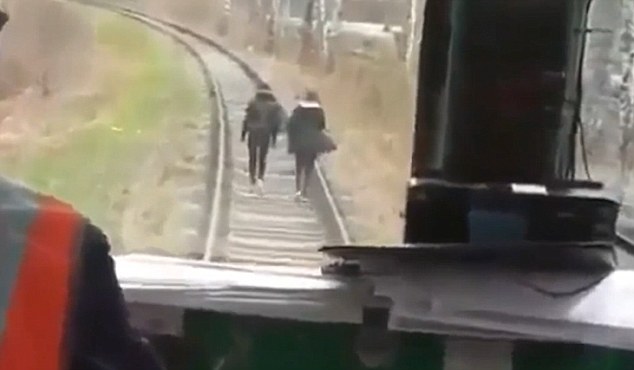 Run for your life! The couple just moments before they were forced to leap from the tracks 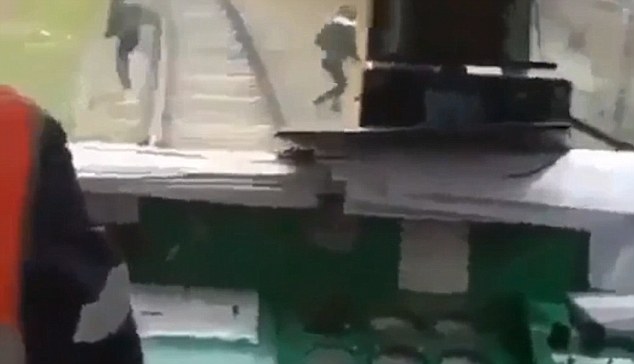 The couple, believing a train is steaming towards them, leap in different directions and off the tracks.

The Russian drivers howl and cackle with laughter as the couple find themselves lying in the dirt at the side of the tracks.

One driver waves at the couple, whose romantic stroll has been rudely interrupted.