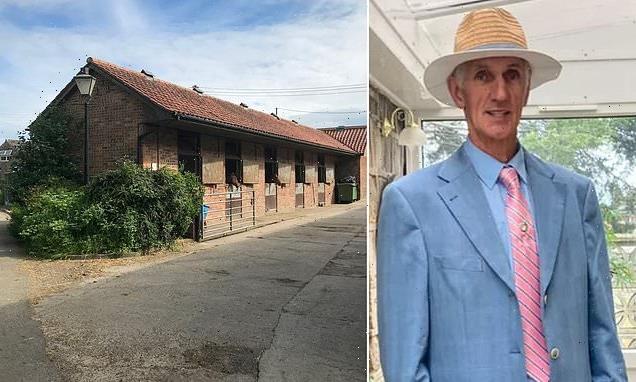 Trainer, 71, is fighting for his life after racehorse fell on his head, crushing his throat and breaking four vertebrae in his neck

A horse trainer is fighting for his life and will never ride again after a freak accident in which a 500kg horse fell on his head, crushed his throat and broke his neck.

Adrian Grain, 71, was riding Leannes Lady – his favourite horse – on Monday last week at Norton Grange Stables in Malton, North Yorkshire when she stumbled and toppled over.

He fell forward out of the saddle and the thoroughbred landed on his head, ‘completely crushing’ his throat.

The renowned assistant trainer was flown to James Cook Hospital in Middlesbrough via air ambulance.

He was reportedly taken off a ventilator yesterday but remains in intensive care with ‘tubes all over him,’ friend and colleague Karen Woods said. 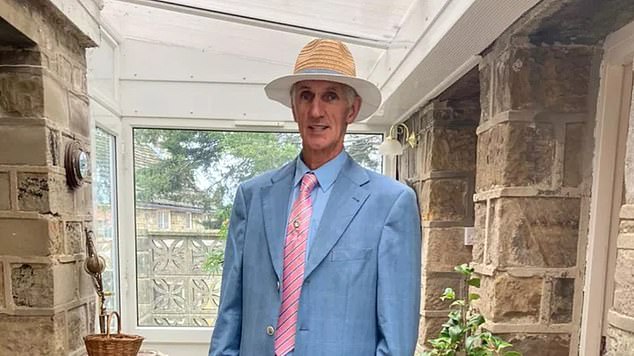 Adrian Grain (pictured), 71, was riding Leannes Lady – his favourite horse – on Monday last week at Norton Grange Stables in Malton, North Yorkshire when she stumbled and toppled over

She said it’s too early to know whether Mr Grain will be a ‘paraplegic or quadriplegic’ after the fall, or what other long term injuries may have been sustained.

Ms Woods told the Racing Post: ‘If it weren’t for the air ambulance, he would be dead, without a shadow of doubt.

‘If they’d tried to move him to get him into a road ambulance it [his neck] would have snapped and that would have been it.’

His colleagues are still trying to come to terms with what exactly went wrong, but Ms Woods said they believe Leannes Lady – who is one of Mr Grain’s favourite horses – likely ‘clipped her heel and overreached’.

‘It was a totally freak accident. He always wears a back protector and he had his helmet on but she got him in the place where they meet,’ she said.

Mr Grain rode this specific horse daily and ‘knows her very well’. On the day of the accident, they’d been training medium-canter work on the all-weather track.

‘Although Ady was really struggling to speak, he wouldn’t get in the air ambulance until the paramedics had conveyed his message to people around that Leanne had to be looked after and it wasn’t her fault. That’s all he was concerned about,’ Ms Woods recalled.

His industry friends at Formidable Fillies and Fellows Racing Syndicates created a GoFundMe appeal to try to raise £10,000 towards treatment and after care.

‘These are life-changing injuries for Ady and we want to do our very best to help him,’ Ms Woods wrote on the page. 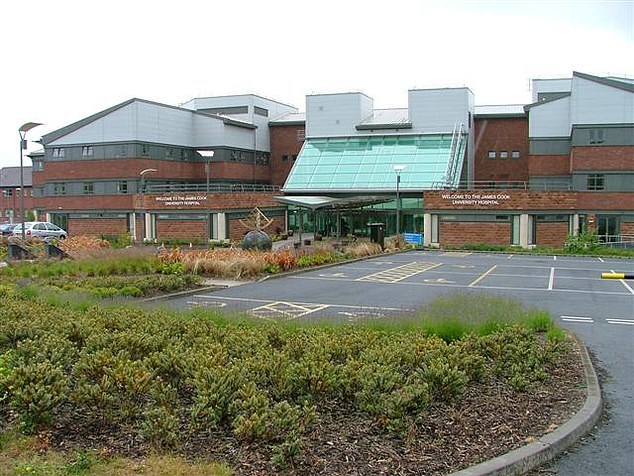 The renowned assistant trainer was flown to James Cook Hospital (pictured) in Middlesbrough via air ambulance, where he remains in intensive care

‘He lives in a bungalow and adaptations are going to have to be made to make it wheelchair friendly, from widening doors to installing an appropriate bathroom – and everything possible in between.

‘Of course, there are many other things, pieces of equipment etc that he will need and we are hoping with all our hearts that you will help us in providing this for him.’

Any surplus in the funds raised will go toward Yorkshire Air Ambulance to show gratitude for saving Mr Grain’s life.

Mr Grain has worked with thoroughbred trainer Mark Weatherer for more than 20 years. The tragic accident took place at his stables.

Ms Wood said Mr Weatherer has been driving to the hospital every day after his races are complete to visit his longtime colleague.