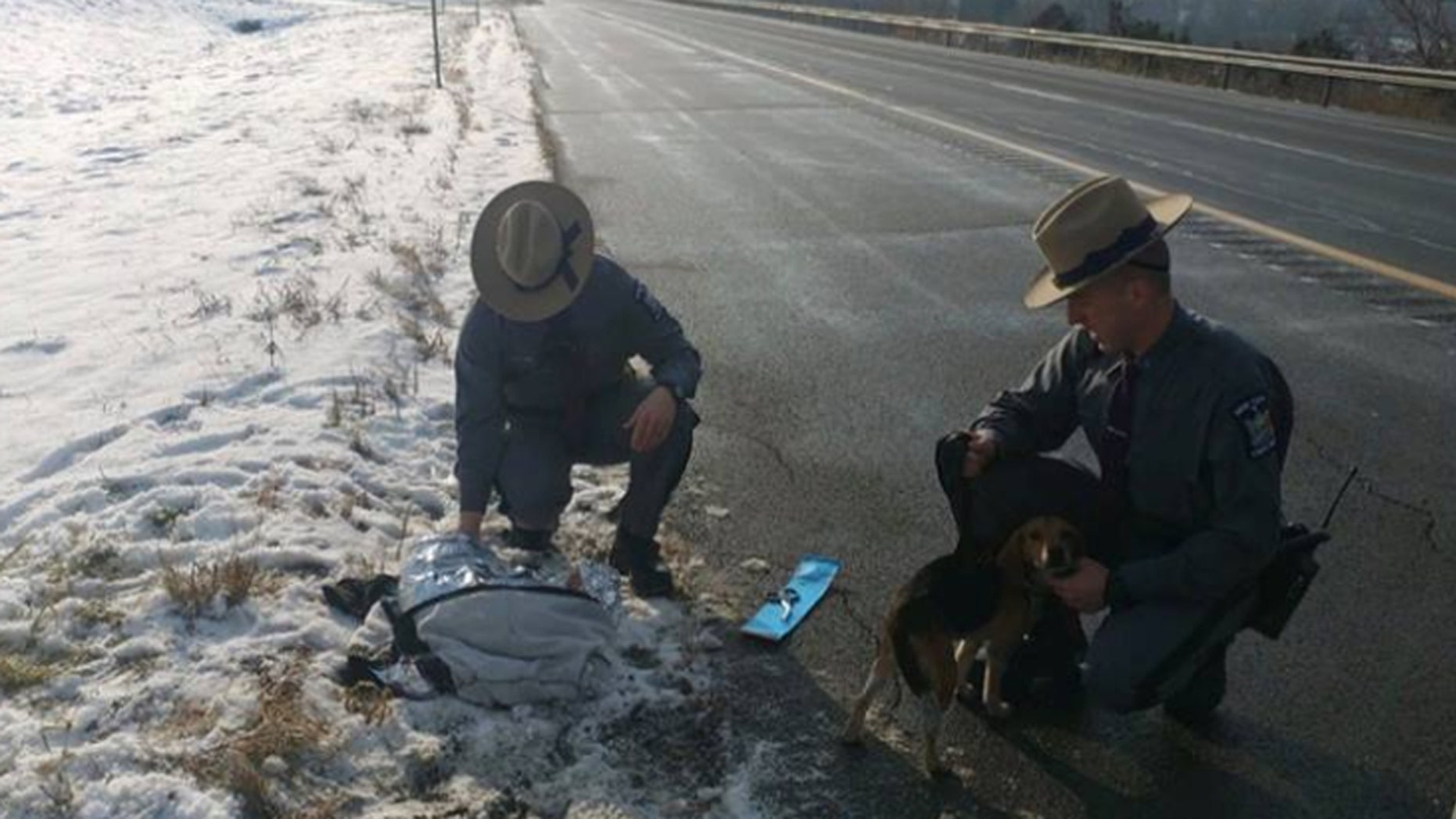 Two beagles were thrown out of an SUV on Interstate 81 in Cortland County on Wednesday.
(New York State Police)

Two beagles are now recovering after they were thrown out of a vehicle on an upstate New York highway and rescued by a truck driver on Wednesday.

Troopers in the area came across a truck parked in the left lane of the highway around 9:30 a.m., and discovered the driver carrying one badly injured dog with another following behind him.

"Troopers immediately rendered assistance to the injured dog," police said. "A New York State Police K9 handler bandaged the injured dog to stop bleeding and splinted its leg while other troopers kept the dog warm in a warming blanket and in the truck driver’s sweatshirt."

The trucker told police that he saw a vehicle he believed to be an older Dodge Durango that was "very dirty" slow down, roll down their passenger window, and throw the dogs out along the interstate. 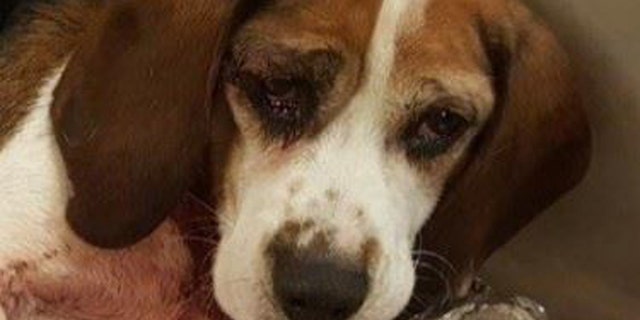 Trooper sustained several injuries, including a compound fracture of his distal radius and ulna on the front right leg that was amputated, in addition to broken ribs and contusions to his lungs and shoulder.
(New York State Police)

The Broome County Humane Society was contacted and took possession of the dogs, who are believed to be a beagle mix and are currently being treated by the group.

“These animals have been through a lot, and people need to understand that this is not OK,” Amberly Ondria, shelter manager for the Broome County Humane Society, told the Associated Press. “This is not something that should be done.”

The dogs were later renamed Trooper, for the state troopers who aided them, and Adam, after the trucker. Trooper is 6 to 8 years old, Ondria said. Adam is about a year old.

Ondria told the AP that Trooper sustained several injuries, including a compound fracture of his distal radius and ulna on the front right leg that was amputated, in addition to broken ribs and contusions to his lungs and shoulder.

Could a dog’s color be linked to how long they live?

“He has quite the road to recovery ahead of him,” she said.

Authorities are hopeful that someone with a dash cam in the area may have captured some of the incident or the SUV involved. The vehicle was traveling on Interstate 81 between the Marathon and Whitney Point exits at 9:30 a.m. on Wednesday.