Home » Truckie failed to give way before crash that killed mum and her son, court told 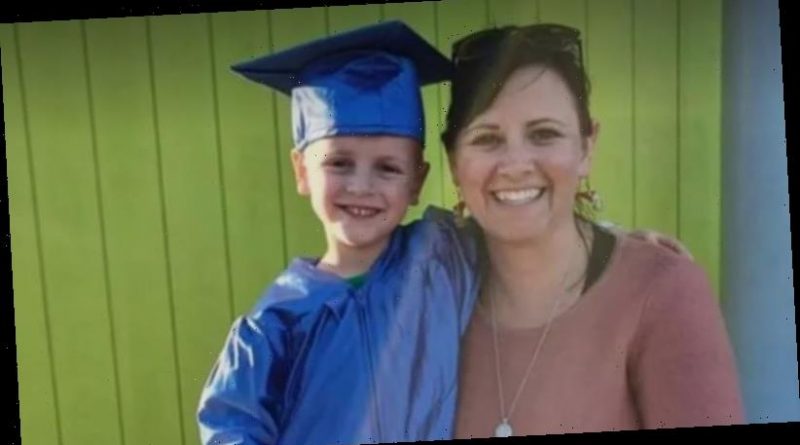 Still buckled in the driver’s seat after his car had flipped onto its roof, Anthony West yelled out to his family and heard nothing.

“Coming to rest upside down stuck in a car, blood dripping from my body … yelling out to my wife and kids and knowing the situation is not good. Hoping and praying for some response but only to hear deafening silence.” 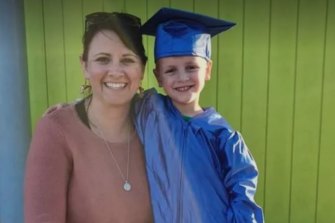 Mr West’s wife Jess, 37, and their five-year-old son, Deighton, were killed instantly when a truck crashed into the side of their car in Kingston, north of Ballarat, on December 29, 2019.

It was only a murmur from the couple’s other son, Oakley, that made him not to want to die there as well.

Mr West recalled the crash that “destroyed” his family in the County Court on Monday.

“What was the happiest time of the year turned into a terrible nightmare in the blink of an eye,” he said. 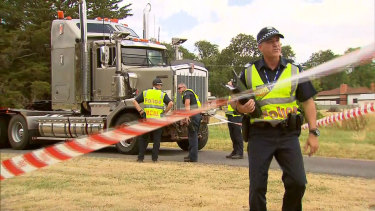 The scene of the fatal crash at Kingston. Credit:Nine News

The Wests had driven from their home near Bendigo to visit Ms West’s parents when Michael Knowler’s prime mover failed to give way and crashed into the passenger side of the car, sending it tumbling over several times.

Knowler was a Perth-based truckie on his way to visit a friend in Daylesford. At 12.18pm, prosecutor Sharn Coombes said, he was focusing on the GPS system on his phone too long to take heed of a give-way sign.

A faulty set of brakes meant that by the time he looked back at the road and hit the pedal he didn’t have enough time to stop.

Mr Coombes said Knowler paid insufficient attention to the road and later told police he was “probably going too fast” as he approached the intersection.

Oakley, now 10, spent weeks in hospital recovering and must undergo neurological assessments into adulthood. For now, he sleeps with two teddy bears, one named Mum and the other Deighton.

Mr West said regardless of the circumstances of the crash he felt guilt at surviving and would, if he could, trade his life for that of his wife and younger son.

But as he and Oakley learned to cope with their losses, Mr West said he drew inspiration from his surviving son’s resilience.

Other family members spoke of their sadness and anger at grieving for Ms West, a primary school teacher with a love of music who was known for an infectious, bubbly and positive outlook on life. Deighton was to start prep at his mother’s school.

Defence counsel Christopher Pearson said Knowler was aware he was approaching an intersection but had “allowed himself to become distracted by the GPS”, with “tragic consequences”.

But judge George Georgiou questioned whether driving in an unfamiliar area should bring greater caution on the road.

Mr Pearson also voiced the concerns of locals who raised fears about the safety of the intersection in local media in the weeks after the crash. He said he would seek information from Hepburn Shire Council on whether it shared the same concerns.

Knowler had an otherwise impeccable driving record, the court heard, and was devastated by what had happened. He empathised with the West family, his lawyer said, having lost a baby son in a road crash years ago.

Knowler wrote a letter of apology but Mr West is yet to read it.

He faces being deported to his native New Zealand once his jail term is complete, and returned to custody on Monday to await sentence next month.