VIDEO shows the moment Trump fans screaming "stop the vote" stormed a counting site in Detroit on Wednesday, as they tried to keep ballots from being tallied.

The tense scene came shortly before CNN projected a victory for Joe Biden in Michigan, placing him closer to winning the presidency as the race goes down to the wire. 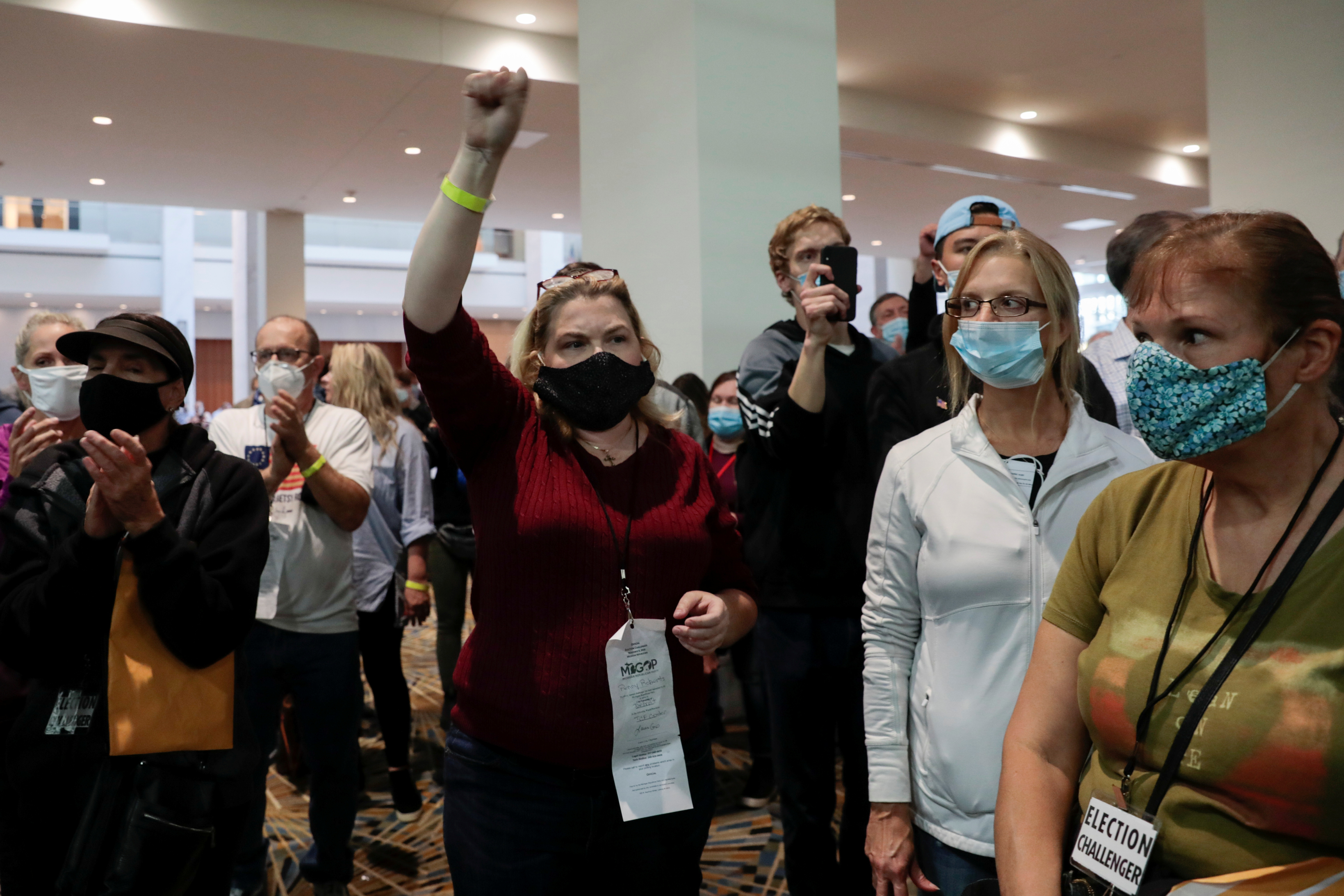 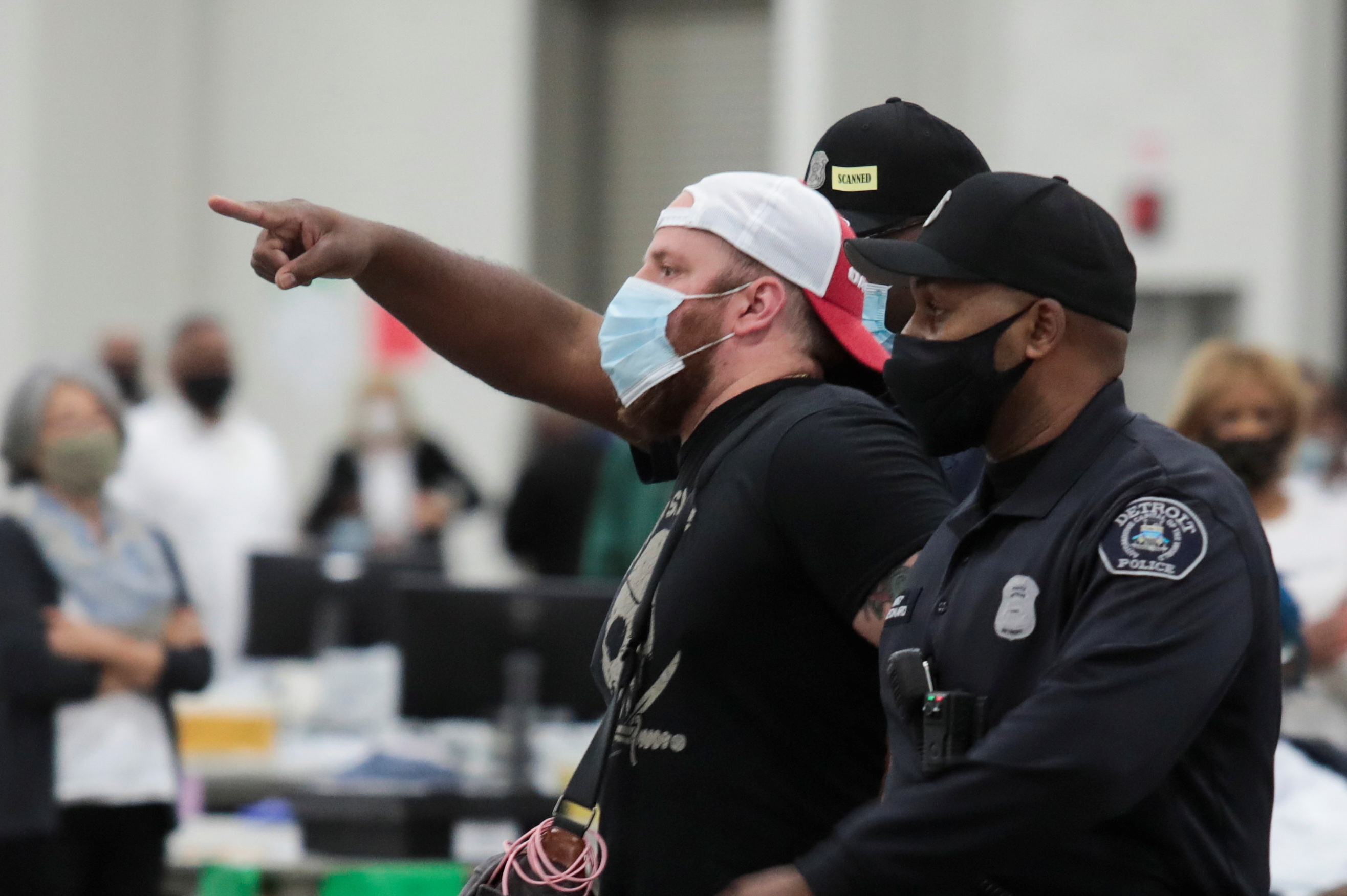 One video on Twitter from outside the TCF center showed crowds yelling "Stop the vote!"

Video shared by NBC News correspondent Steve Patterson showed a large group of the "stop the count" demonstrators trying to push their way into the hall where poll workers were counting ballots.

Some people banged on the glass as workers continued to tally votes.

Pictures from inside where the ballots were counted showed some windows covered with paper, blocking the demonstrators' view from the outside. 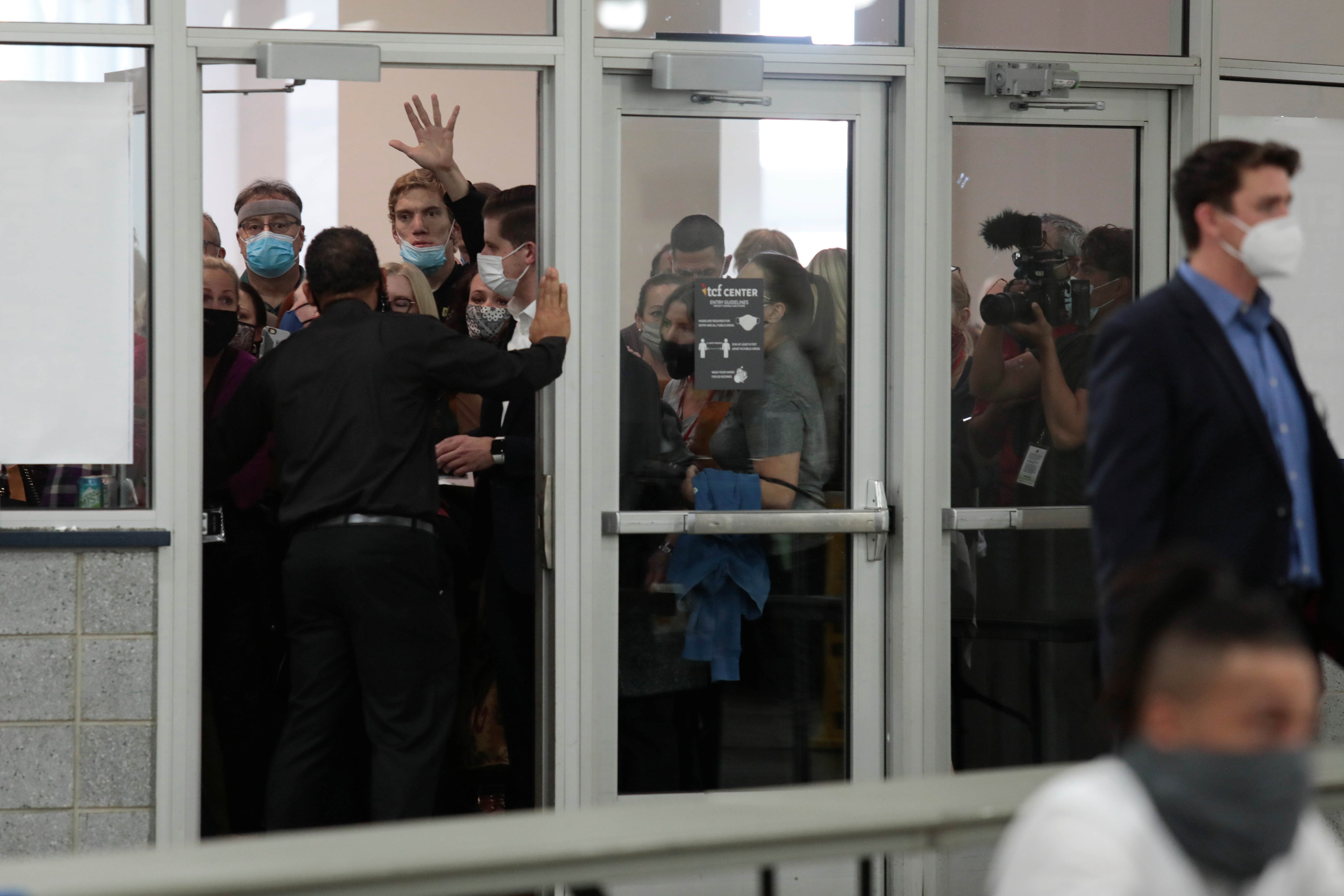 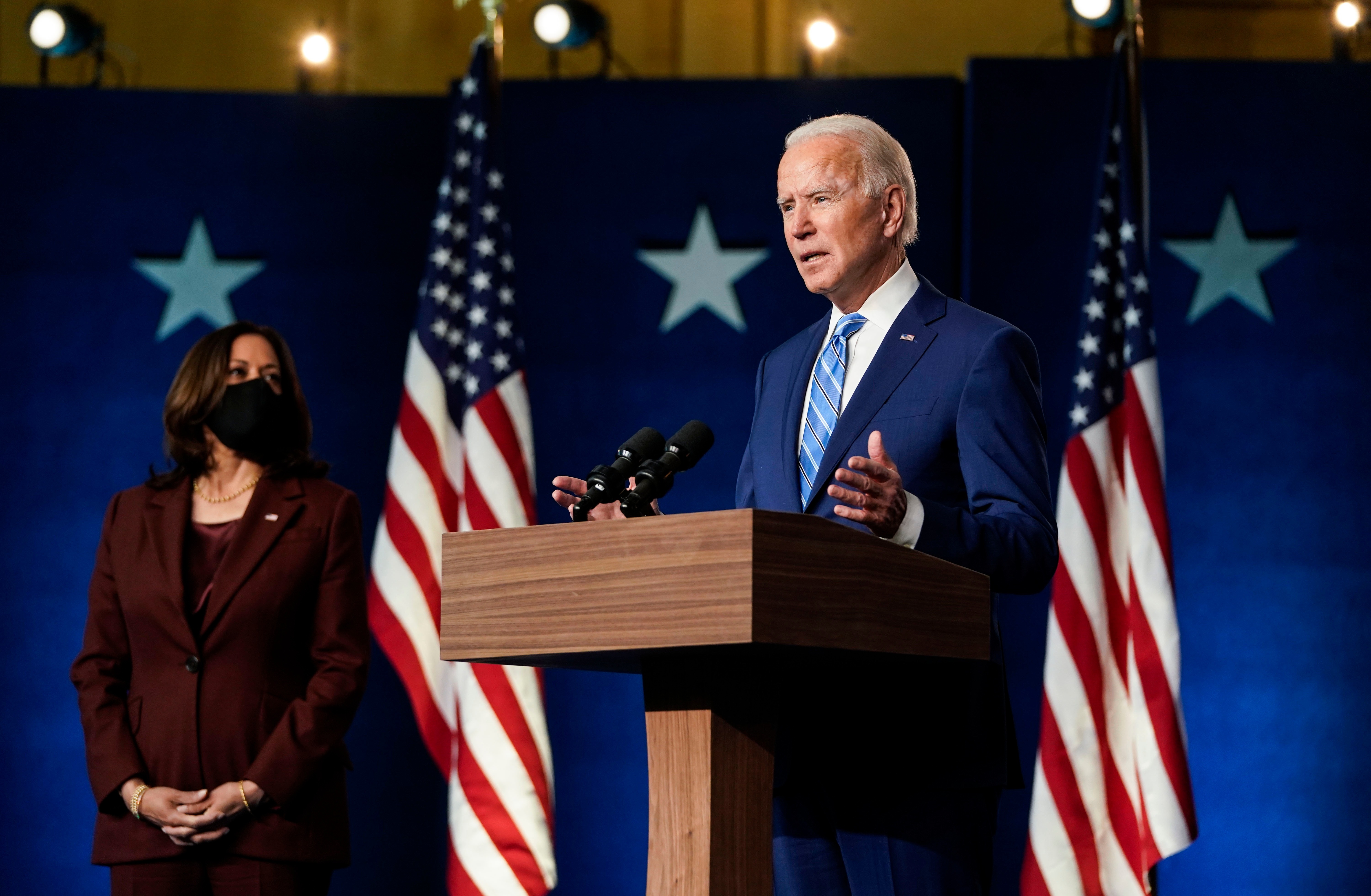 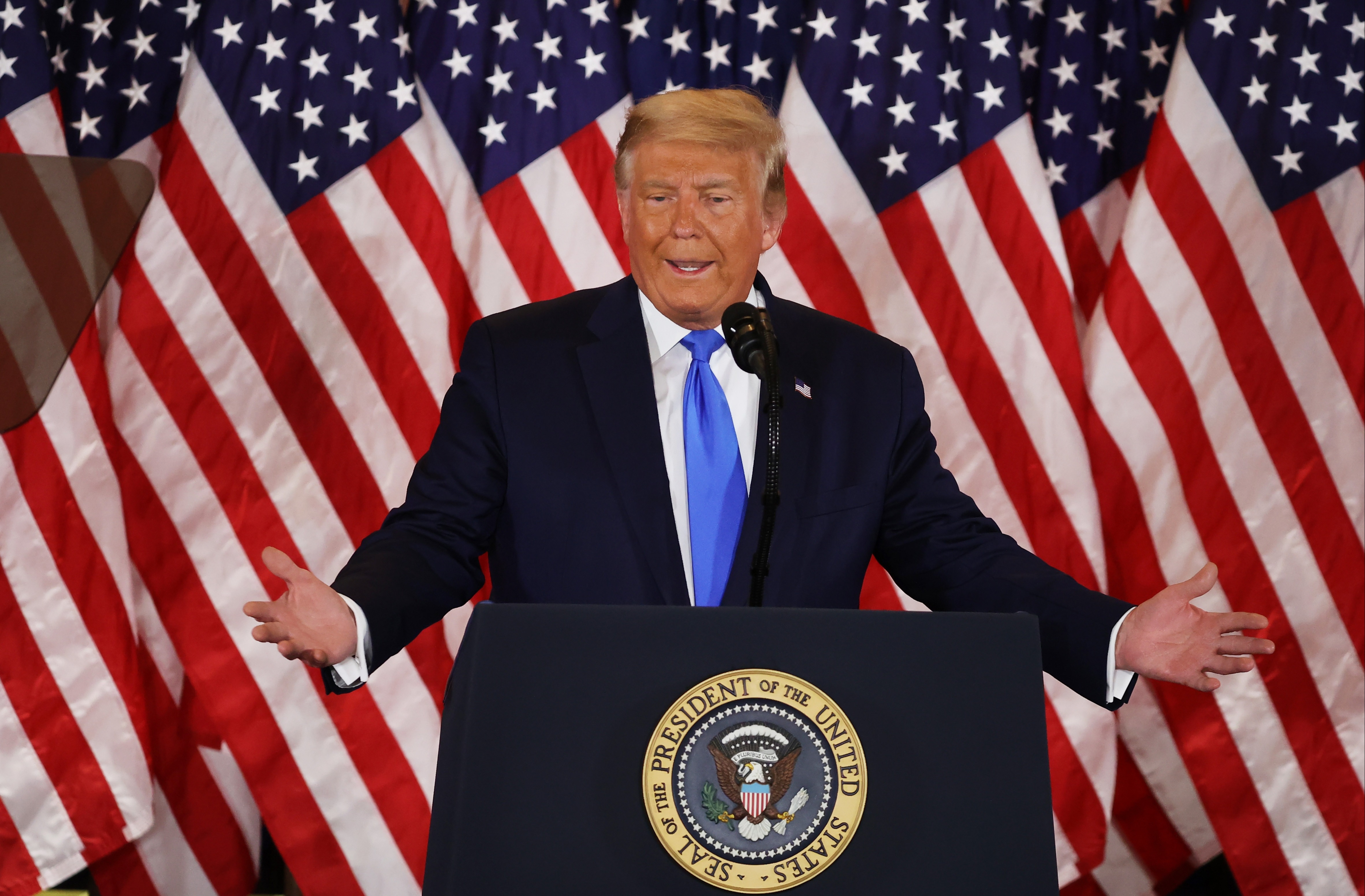 In another video from where the demonstrators stood, guards were heard telling people to "stand back" as the crowd tried to push their way through the door and into the room where election workers counted ballots.

Michigan's Secretary of State sent a statement to Fox News responding to allegations from poll challengers and workers that there was not a fair number of republicans and democrats in the room.

"These are poll challengers who have a legal avenue to address any legitimate concerns regarding any rules they claim were not followed," the spokesperson said.

"This has been a bipartisan, open and transparent process from the beginning, with a record number of Republican challengers observing it.

"The individuals who made these claims to you said they were challengers which means they have the ability to bring any violation they thought had occurred to the election inspectors," the Secretary of State spokesperson added.

The dramatic cries from demonstrators came as Trump's team demanded a recount in Wisconsin.

"Despite ridiculous public polling used as a voter suppression tactic, Wisconsin has been a razor thin race as we always knew it would be," Campaign Manager Bill Stepien said in a statement. 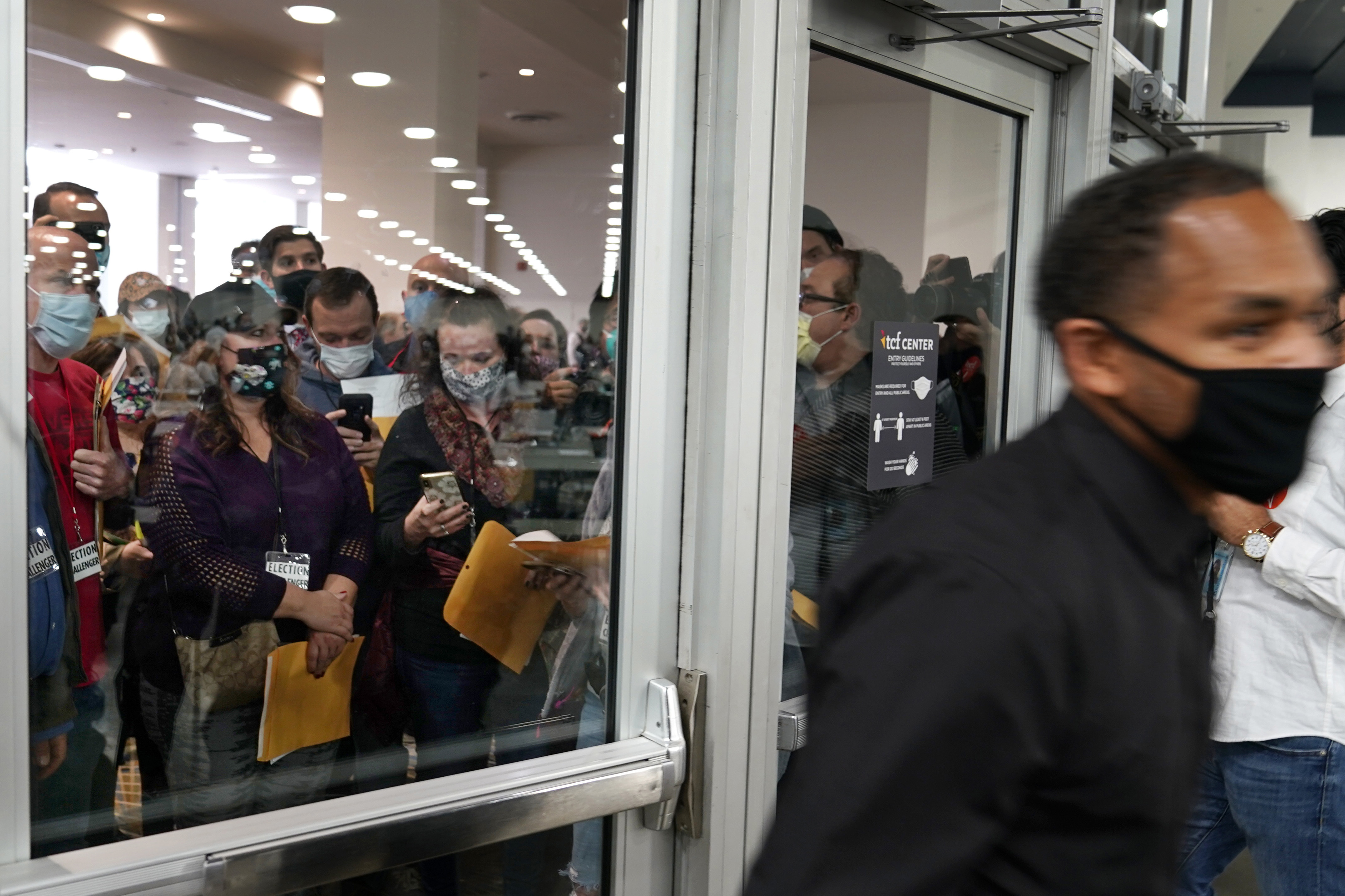 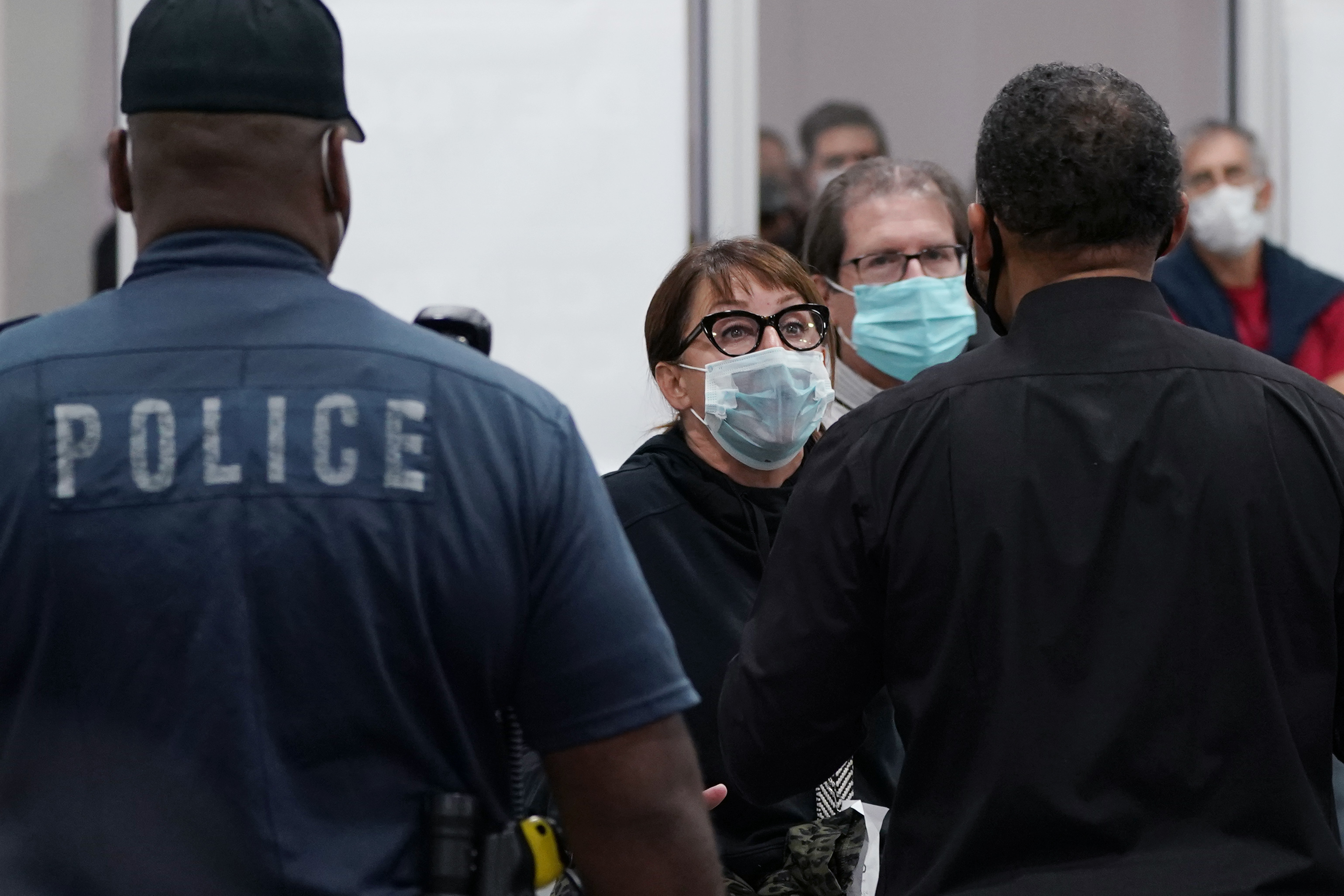 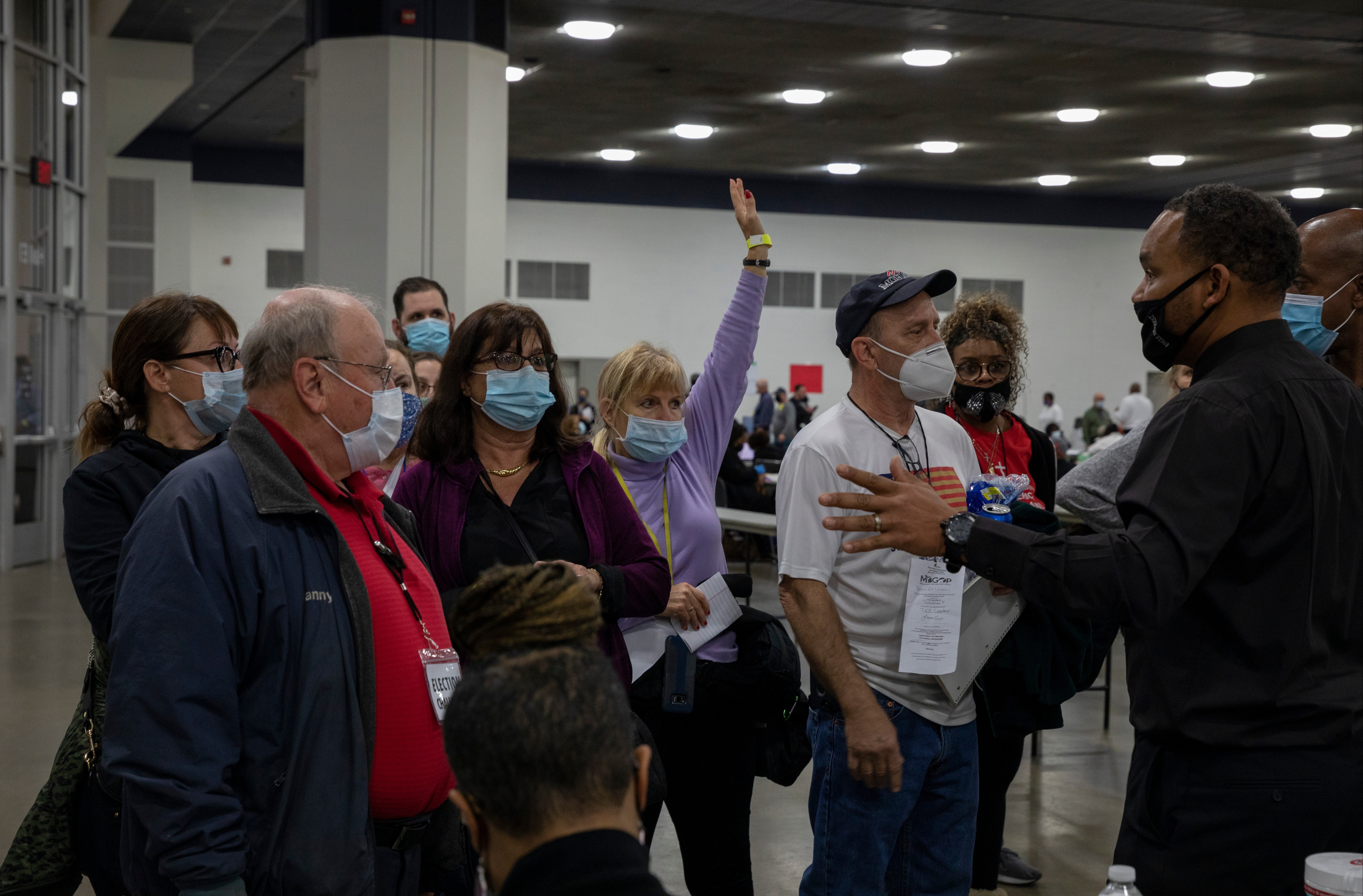 "There have been reports of irregularities in several Wisconsin counties which raise serious doubts about the validity of the results," he claimed.

"The President is well within the threshold to request a recount and we will immediately do so."

Biden is knocking on the door of the White House after he was projected wins in both Wisconsin and Michigan on Wednesday.

He flipped both states after they showed leads for President Trump on Election Day. 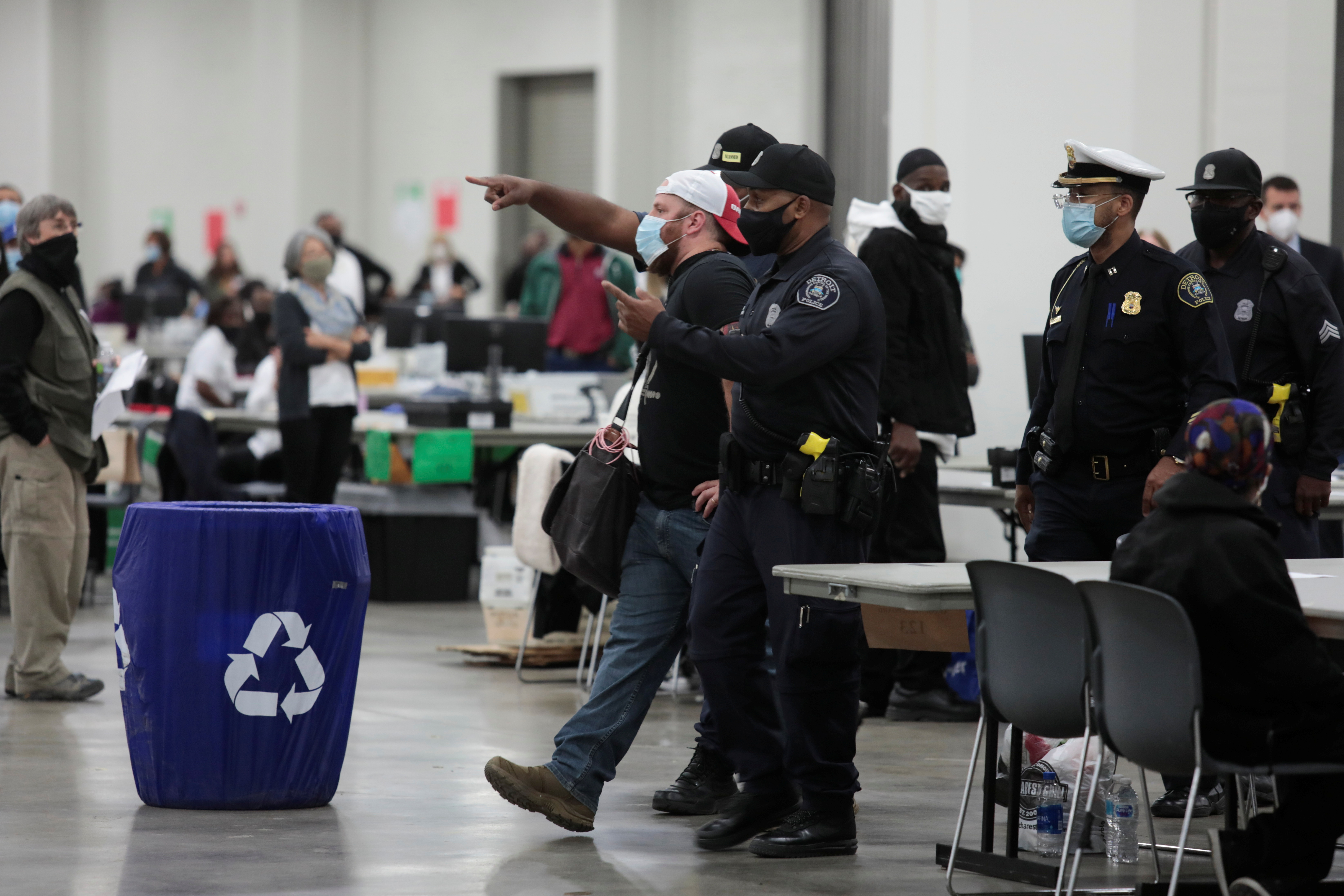 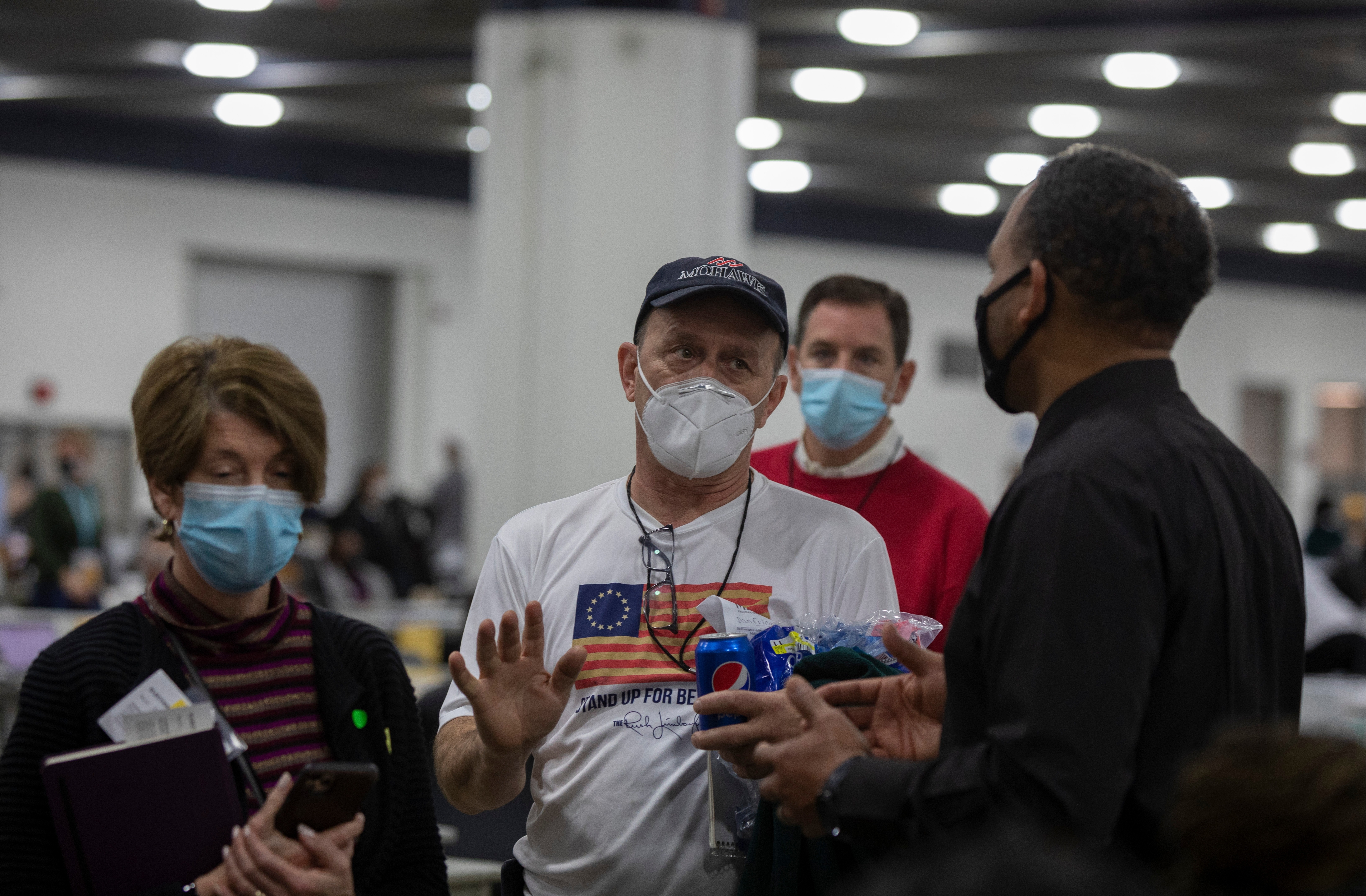