WASHINGTON (Reuters) – U.S. President Donald Trump on Thursday played down what appeared to be North Korea’s third missile launch in just over week, saying they were short-range and “very standard” and would not affect his willingness to negotiate with Pyongyang.

A U.S. official said U.S. intelligence had detected at least one, and possibly multiple projectiles, that did not pose a threat to North America. U.S. officials said initial information indicated the activity was similar to two other short-range missile tests by Pyongyang in the past eight days.

Trump, who has been hoping to revive denuclearization talks with North Korea, played down the launches, which have come in spite of his June 30 meeting between North Korean leader Kim Jong Un at which they agreed to revive stalled talks.

Asked at the White House before setting off for a campaign trip to Ohio if he thought Kim was testing him, Trump said the launches did not violate the North Korean leader’s promises to him.

Asked if he could still negotiate with Kim, he replied:

“We are monitoring the situation in case of additional launches and maintaining a readiness posture,” South Korea’s Yonhap news agency quoted the country’s joint chiefs of staff as saying.

Japan’s Ministry of Defence said on Friday no immediate impact was seen on the nation’s security after the new North Korean launch.

NO WORD ON TALKS

Earlier on Thursday, U.S. national security adviser John Bolton told Fox Business Network that the launches since last week did not violate Kim’s pledge not to test long-range missiles or nuclear bombs. However, he added: “You have to ask when the real diplomacy is going to begin, when the working-level discussions on denuclearization will begin.”

“We’ve been waiting to hear since June the 30th,” he told the network. “We’re ready for working-level negotiations. The president’s ready, when the time is right, for another summit. Let’s hear from North Korea.”

A summit between Trump and Kim in Vietnam in February collapsed after the two sides failed to reconcile differences between U.S. demands for North Korea’s complete denuclearization and North Korean demands for sanctions relief.

Bolton said South Korea and Japan were concerned by the recent launches, “because they’re within range, we think, of this particular missile.” He made no mention of the tens of thousands of U.S. troops based in both countries.

The North Korean launches have appeared intended to put pressure on South Korea and the United States to stop planned military exercises this month and offer other concessions.

North Korea has said the planned military drills could derail dialogue and has also warned of a possible end to its freeze on nuclear and long-range missile tests in place since 2017, which Trump has repeatedly held up as evidence of the success of more than a year of engagement with Kim.

Despite the setbacks, Trump has continued to hail his good relationship with Kim, and some analysts believe Pyongyang will have been emboldened to press more aggressively for U.S. concessions given the U.S. leader’s apparent eagerness to hold up his North Korea policy as a success in his 2020 re-election bid.

Secretary of State Mike Pompeo said in Thailand on Thursday he hoped talks would start soon, though he “regretted” that a highly anticipated meeting with North Korean Foreign Minister Ri Yong Ho would not take place in Bangkok this week.

Ri canceled a trip to an Association of Southeast Asian Nations (ASEAN) conference in Bangkok that Pompeo is attending. 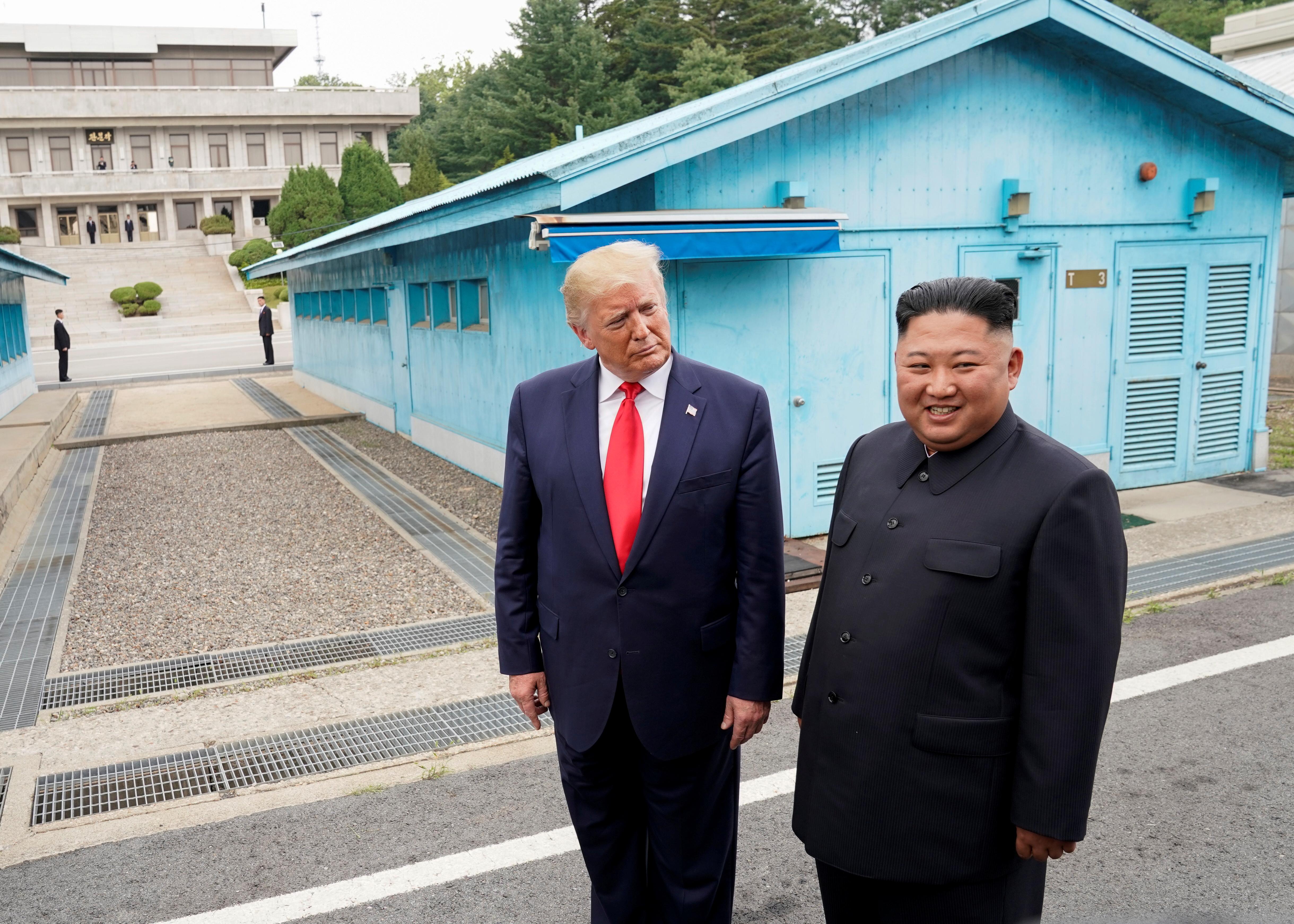 “We stand ready to continue our diplomatic conversation,” Pompeo said in Bangkok, adding that he was optimistic Kim would deploy his team for working-level talks “before too long.”

At the United Nations on Thursday, Britain, France and Germany called on North Korea to engage in “meaningful” talks with the United States and said international sanctions needed to be fully enforced until Pyongyang dismantled its nuclear and ballistic missile programs.