Washington: President Donald Trump said he is "very well prepared" for next week's summit with North Korea's Kim Jong-un but the outcome depends less on preparation than "attitude [and] willingness to get things done".

Hosting Japanese Prime Minister Shinzo Abe in the Oval Office for consultations before the Singapore summit, Trump described the Kim meeting as "much more than a photo-op". Abe requested Thursday's meeting with Trump to elevate his country's concerns about the summit.

"They have to de-nuke," Trump said of North Korea. "If they don't denuclearise that will not be acceptable. And we cannot take sanctions off."

Trump said the talks with Kim will start a process to bring about a resolution to the nuclear issue.

"I think it's not a one-meeting deal," he said. Asked how many days he's willing to stay to talk with Kim, Trump said: "One, two three, depending on what happens".

Still Trump predicted that he'll know very quickly whether Kim is serious about dealing with US demands. 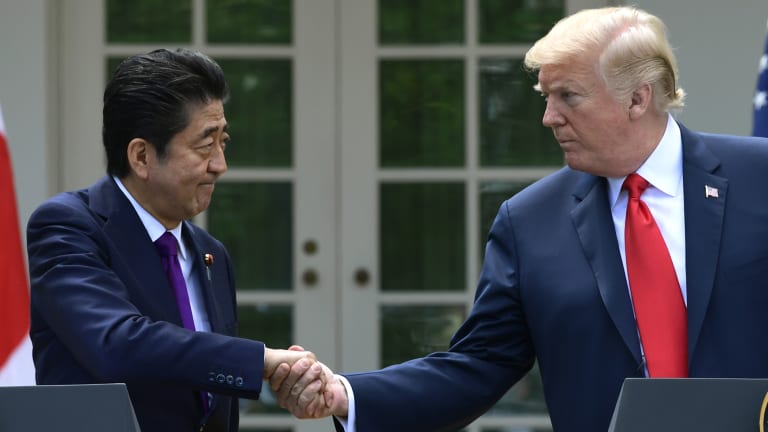 President Donald Trump and Japanese Prime Minister Shinzo Abe met on Thursday ahead of the summit with North Korea.

"I don't think I have to prepare very much," Trump said. "It's about attitude. It's about willingness to get things done."

Trump is to huddle with Secretary of State Mike Pompeo and national security adviser John Bolton on Thursday afternoon "to continue their strategic discussions" ahead of the summit, said National Security Council spokesman Garrett Marquis. 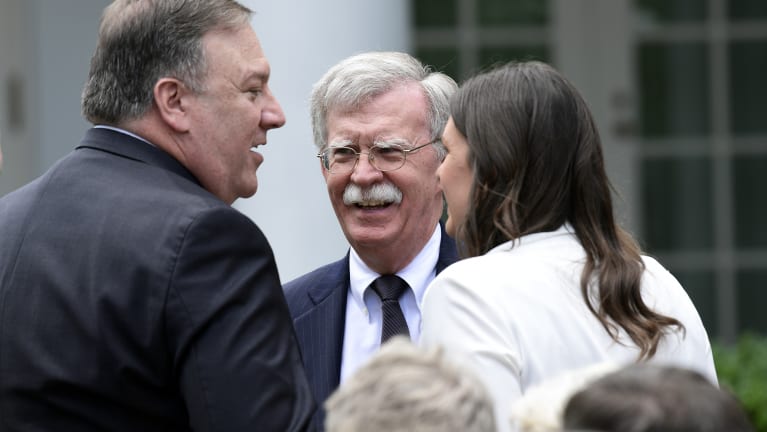 As for the summit sidelines, Trump said that he won't be playing golf with Kim and that, despite press reports, former NBA star Dennis Rodman isn't on his guest list.

Abe is pushing Trump to raise the issue of Japanese abductees held in North Korea and is seeking to ensure that Trump's efforts to negotiate an agreement with Kim don't harm Japan's interests.

US allies in the region have expressed concern that Trump's push to denuclearise the Korean peninsula could ignore the North's sophisticated ballistic missile and chemical weapons programs.

Japan was heartened by Trump's decision to meet with the families of abductees during his visit to Tokyo last year and hopes the President raises the issue with Kim next week, according to a Japanese Embassy official who briefed reporters on condition of anonymity, citing the sensitive nature of the visit.

The official stressed that, while Japan has sometimes been left out of major decisions and briefed after the fact, the two allies remain on the same page. Japan had been briefed ahead of time on Trump's decision to temporarily cancel the Kim summit following a hostile statement from the North, the official said.