President Donald Trump says details on his summit with North Korean dictator Kim Jong-un will be released in days.

Trump also said he appreciates suggestions from the South Korean president and others that he should win the Noble Prize if he’s able to seal a deal to denuclearize the Korean Peninsula with Kim.

‘I just think that President Moon was very nice when he suggested it,’ Trump said. 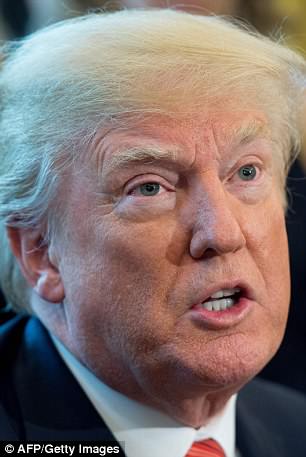 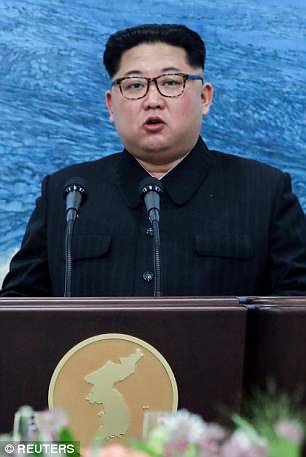 The topic of a Nobel Prize was injected into the conversation by a reporter.

The main objective, Trump replied, is to get peace on the Korean Peninsula.

Returning to the topic of the esteemed prize that former U.S. President Barack Obama won, the sitting president said that Moon had been ‘generous’ in his comments and said, ‘I appreciate it.’

As for the meeting with Kim, Trump said that ‘numerous countries’ were under consideration in a Monday tweet.

He suggested that he favors Peace House on the border of North and South Korea, asking his followers if they believe it will be a more ‘Representative, Important and Lasting site than a third party country?’

He’d claimed the week prior that the list had been narrowed down to two or three places. Trump did not say what those are.

His deputy press secretary on Tuesday said that his preference is the DMZ – the same location where Moon held talks with Kim last Friday and announced an end to the Korean Peninsula conflict.

Trump said in a Tuesday update on the process: ‘I think its probably going to be announced over the next couple of days, location and date.’

White House Press Secretary Sarah Sanders wouldn’t comment on reported disagreements within Trump’s staff on where the summit should be held as she faced reporters on Tuesday.

‘I’m not gonna get into the deliberation on this at this point,’ she said.

Sanders would only note that the list of locations ‘has been narrowed’ and that we ‘expect to have an announcement soon.’  g!