The US president said it was a ‘long shot’ that he would find himself trying to negotiate a trade deal with the Labour leader – although he admitted ‘anything is possible’.

The comments came after it emerged that Mr Corbyn had requested a meeting with Mr Trump during his state visit – despite snubbing a banquet hosted by the Queen and delivering an extraordinary rant at the president to protesters in Trafalgar Square. 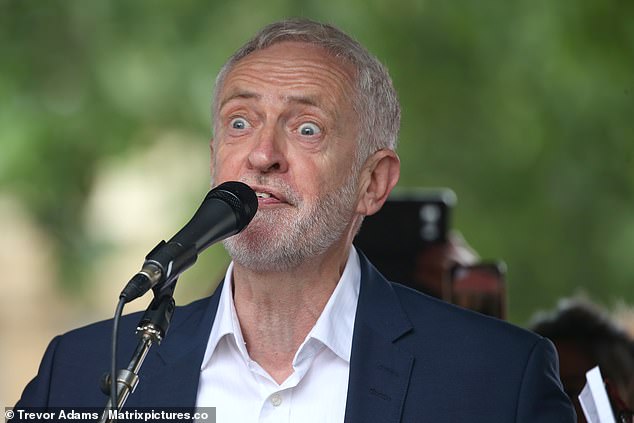 Mr Trump revealed in a joint press conference with Theresa May yesterday that he had rejected the request for a meeting with the veteran left-winger.

Asked in an interview with ITV’s GMB today whether he would be able to negotiate a transatlantic trade deal with Mr Corbyn, the president said: ‘It’s always possible. Anything is possible.’

‘I don’t know him. He wanted to meet, it was a very tough to meet and probably inappropriate to be honest with you,’ Mr Trump said.

‘it’s really a tremendous relationship. So, I didn’t think it was appropriate to meet him, but I would. I certainly would have no problem with it.

In an apparent reference to a Corbyn premiership, Mr Trump added: ‘I think it’s a long shot when you say that, you know, I don’t, I don’t think it’s going to happen.’ 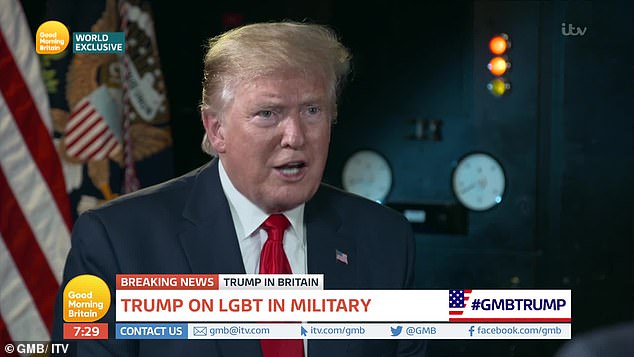 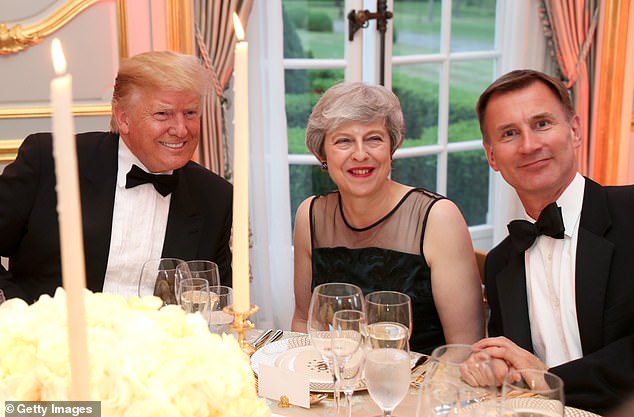 Jeremy Hunt, pictured right at a banquet with Mr Trump and Theresa May last night, is due to meet the president one-on-one today 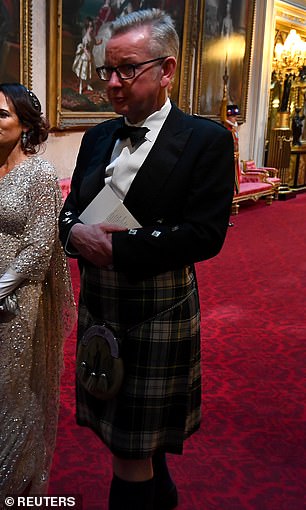 Another Tory leadership hopeful, Michael Gove (pictured left at a Buckingham Palace banquet this week), is expected to meet the president this morning. Boris Johnson spoke to Mr Trump on the phone on Monday night

The Labour leader addressed crowds of protesters on Tuesday as Mr Trump met the Prime Minister.

Among those who have had meetings with the president are Brexit Party leader Nigel Farage and senior Tory Eurosceptics Iain Duncan Smith and Owen Paterson.

Tory leadership frontrunner Boris Johnson was offered a meeting but declined in order to attend a hustings in Westminster, although he had a 20-minute phone conversation with the president.

The expected meetings with Mr Hunt and Mr Gove come after the president was asked about the Tory leadership race during his press conference on Tuesday.

He then turned to Mr Hunt and joked: “I don’t know Michael – would he do a good job, Jeremy?”

Despite Mr Trump’s suggestion that he did not know Mr Gove, the two men have met – the Environment Secretary interviewed the then president-elect at Trump Tower for a story published in The Times in January 2017. 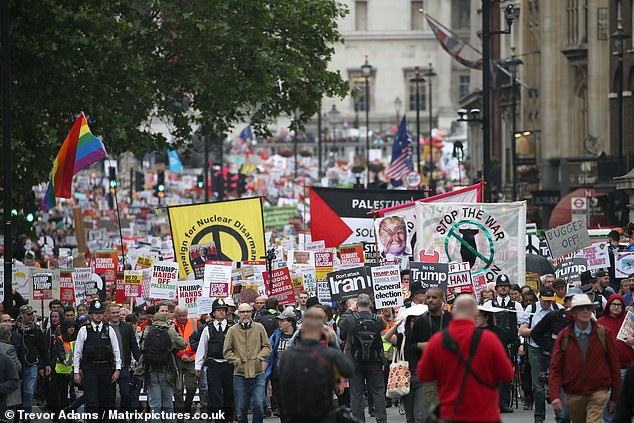