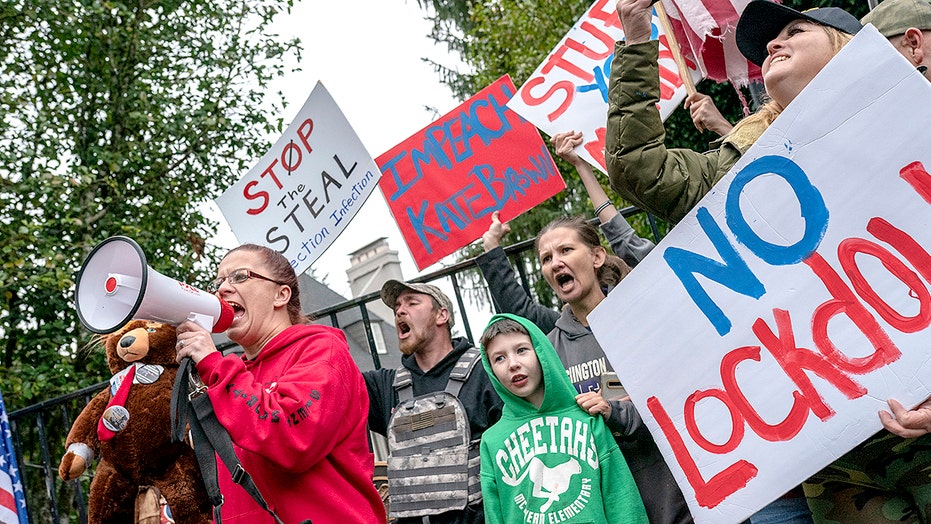 Protests are raging on for another weekend in Olympia, Wash.

Trump supporters and members of the Proud Boys gathered at Washington's state Capitol, along with leftist counterprotesters. There was at least one street brawl between the groups.

“Makes me feel good seeing all these patriots here ready to fight for our nation,” one speaker said to a group of Trump supporters outside the Capitol. “Hopefully, it doesn’t come to it…well, I don’t know about that, hopefully it does come to it."

Trump and his allies have pressed on with legal challenges to the presidential election results, asserting that the vote count was “rigged.”

Last week, pro-Trump protesters and counterprotesters clashed violently in Olympia. The city ramped up its police presence this weekend after details of multiple assaults.

At least one individual fired a gun at last week's protests.

Similar protests occurred in nearby states, with an anti-Proud Boy march in Sacramento, Calif., and an anti-conservative rally in St. Paul, Minn., The Blaze reported.