Trump tweets that Iran’s ‘bad’ behavior will stop now that he has pulled out of the nuclear deal (although Iranians set fire to a U.S. flag and its allies lobbed missiles at Israeli positions last week)

President Donald Trump tweeted that Iran will no longer continue its ‘bad behavior’ now that he is pulling the U.S. out of the Iran nuclear deal and vowing to confront the regime.

Trump made the prediction in a Sunday afternoon tweet, following a week when Iranian lawmakers angered by the U.S. pullout set fire to a paper U.S. flag.

Iran has intervened in Syria’s civil war on the side of president Bashar al-Assad, and last week Israeli and Iranian backed forces exchanged fire after what Israel said was an Iranian attack on its positions in the Golan Heights.

‘Remember how badly Iran was behaving with the Iran Deal in place,’ Trump tweeted. ‘They were trying to take over the Middle East by whatever means necessary. Now, that will not happen!’ the president said. 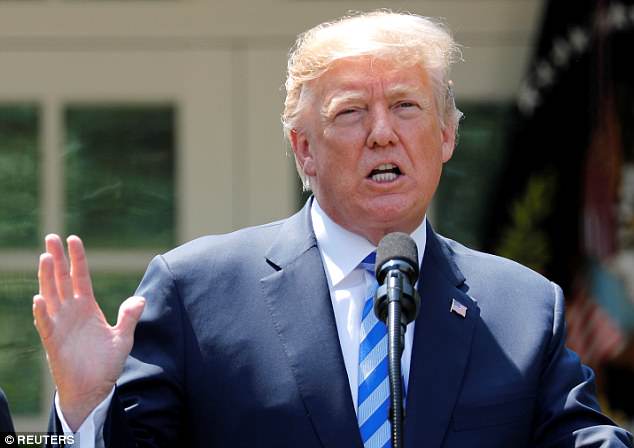 ‘Remember how badly Iran was behaving with the Iran Deal in place,’ Trump tweeted on Sunday

Trump has long complained about how Iran was able to flex its influence as a result of the Iraq war, which ended up installing a pro-Iranian Shiite government in Iraq.

Under President Obama, the U.S. and five other nations sought to neutralize the Iranian nuclear program despite its continued support for terrorism and other violations of international norms.

Obama argued that it made sense to deal with the nuclear issue as a separate matter in order to try to achieve some progress.

Last week, Trump announced the U.S. was pulling out of the Iran nuclear deal, angering U.S. allies Britain and France, who say they will try to keep the deal going.

Iran immediately announced it would increase its nuclear enrichment.

On Wednesday, Iranian lawmakers burned a paper U.S. flag inside their parliament and shouted ‘Death to America.’

Trump’s national security advisor John Bolton told CNN the U.S. may sanction European companies that continue to do business with Iran. ‘It’s possible. It depends on the conduct of other governments,’ Bolton said. 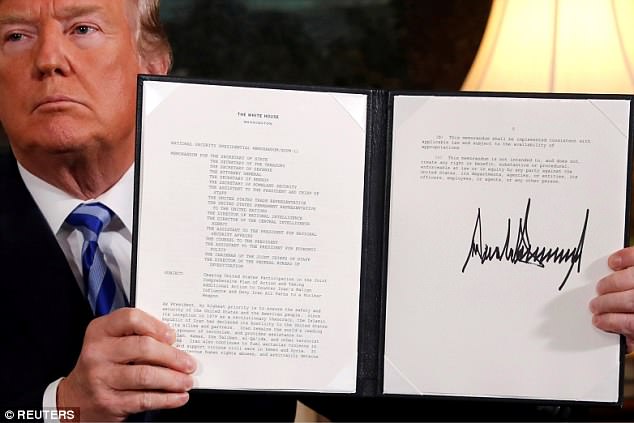 Donald Trump last night tore up the Iran nuclear deal, which could force Britain’s biggest businesses out of the country

New CIA director Mike Pompeo said he was ‘hopeful in the days and weeks ahead we can come up with a deal that really works, that really protects the world from Iranian bad behavior, not just their nuclear program, but their missiles and their malign behavior as well.’

European leaders are committed to remaining in the agreement with Tehran that lifted economic sanctions on the Middle Eastern country so long as it abided by the terms of a 2015 nuclear deal.

Trump warned Iran last month at a press conference with French President Emanuel Macron not to threaten the U.S. with nuclear weapons or it would pay ‘a price like few countries have ever paid.’ 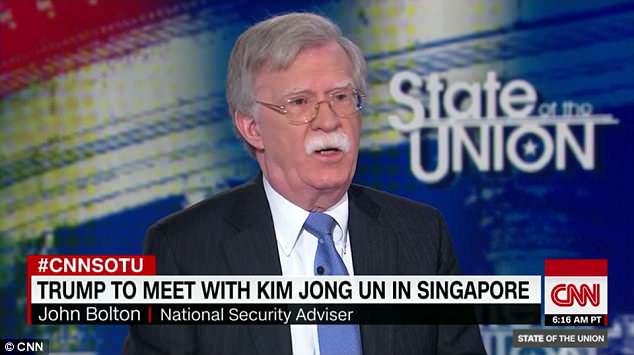 A host of companies are now faced with the prospect of doing business with U.S. or protecting their interests in Tehran.

In his remarks announcing the United States’ withdraw from the deal, President Trump threatened, ‘We will be instituting the highest level of economic sanction. Any nation that helps Iran in its quest for nuclear weapons could also be strongly sanctioned by the United States.’

Bolton said in a briefing with reporters immediately after the Tuesday announcement that it would be up to the Treasury Department to determine which affected companies, if any, would get a pass.

British Prime Minister Theresa May raised the issue in a Friday phone call with Trump, a spokesperson for the European leader said.